Despite apartheid Israel’s increased brutality, there is also light on the horizon. 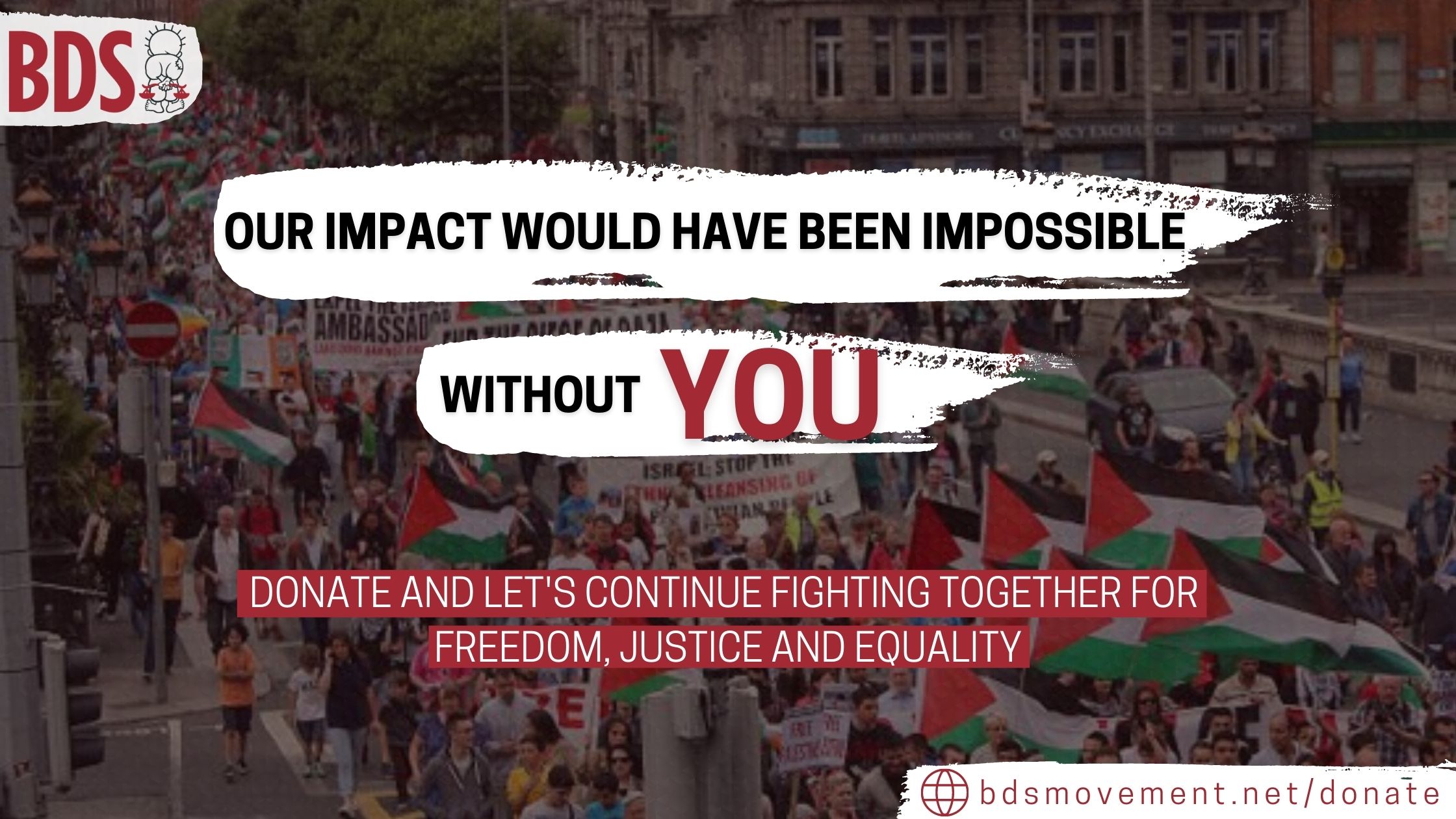 As the call grows louder, let’s take a look back at 13 major BDS impacts this year alone which propelled us closer to our South Africa moment:

1. Namibia and South Africa, where apartheid was defeated in the past, as well as Malaysia, have raised attention in the UN system about Israel’s 21st-century apartheid.

2. British Labour Party conference voted overwhelmingly in favor of condemning Israeli apartheid and calling for sanctions against it.

5. Growing support among churches against Israeli apartheid around the world, the Episcopal Church of Vermont condemned by an 89-25 majority Israel’s U.S.-backed oppression of the Palestinians and its apartheid policies, and the Church of Sweden called on ecumenical organizations to investigate Israel as an apartheid state.

6. The University of Brasilia and the University of Costa Rica passed historic resolutions declaring they will have no ties with companies complicit in Israel’s regime of military occupation, colonialism, and apartheid.

Support our movement for freedom, justice and equality to even further grow. Donate now!

8. Following the call to Boycott Dubai Expo, artists and poets withdrew from World Poetry Tree event in the Expo, refusing to have their literary production exploited to whitewash the UAE dictatorship and Israeli apartheid.

9. Responding to the call from Palestinian civil society and the BDS movement, best-selling Irish author, Sally Rooney, declined to have her latest novel translated by an Israeli publisher. She wrote: “Israel’s system of racial domination and segregation against Palestinians meets the definition of apartheid under international law.”

12. Kuwait tightened sanctions on Israel in solidarity with Palestinian rights, by issuing an order banning the entry of commercial ships carrying goods to and from Israel.

13. A Pan-African solidarity network has been formed, affirming that apartheid Israel has no place in Africa.

Your support got us to this point. Help us to step up the pressure. Donate now!

These indicators of BDS impact are just a snapshot of where our movement stands today. Global support for our movement is at an all time high, and that is thanks to supporters like you! Our goal of freedom, justice and equality is closer than ever!