Palestine is a Feminist Issue! 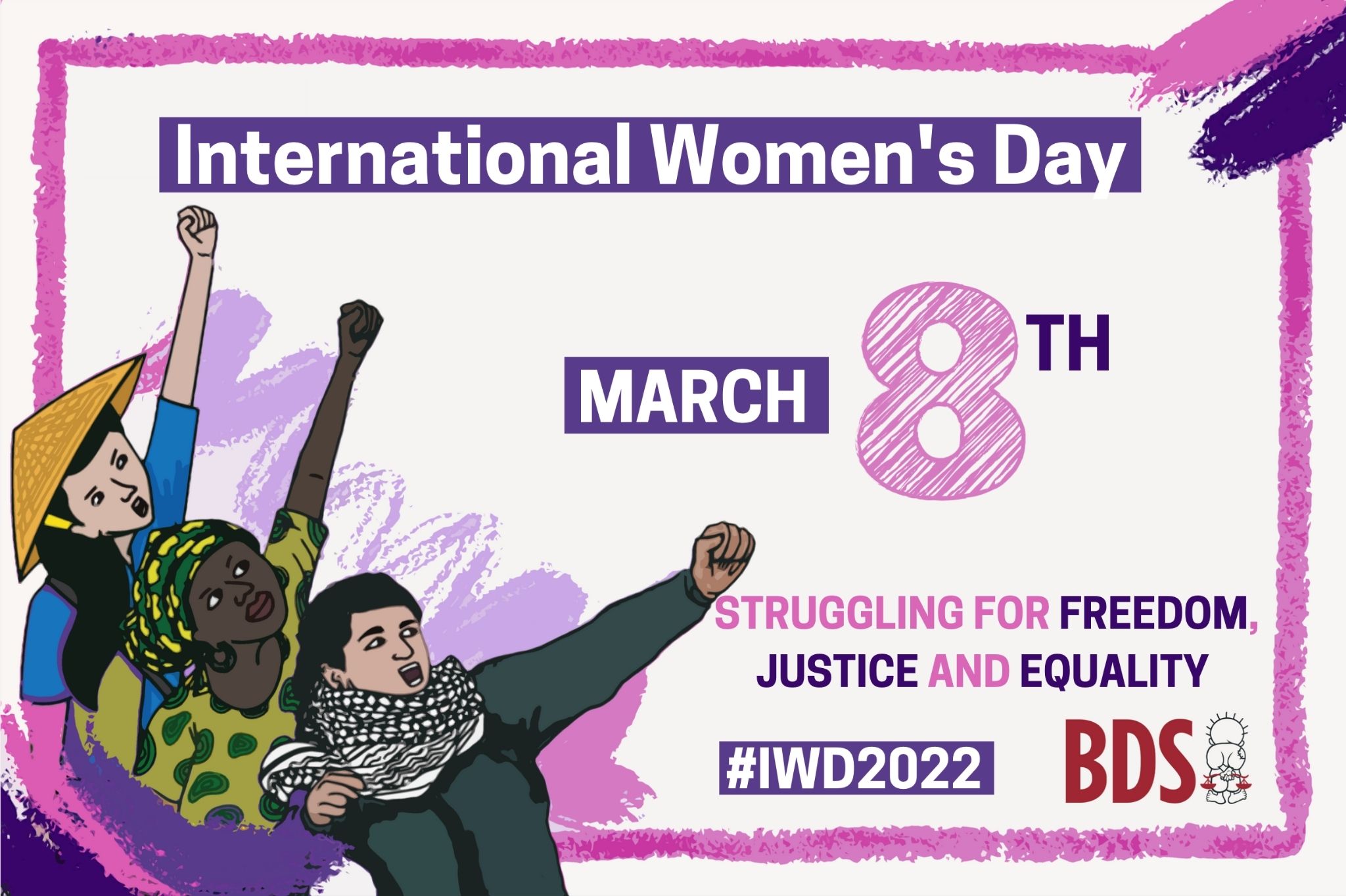 Today is International Women’s Day (IWD), and here at the BDS movement want to take this opportunity to celebrate the role of women in the Palestinian struggle for freedom, justice and equality.

For decades, women have played a pivotal role in the popular resistance to Israeli apartheid and settler-colonialism. Since May 2021, Palestinians across historic Palestine and in the diaspora have risen up in unity against Israel’s sustained, brutal attacks and ongoing ethnic cleansing. From Al-Naqab to Sheikh Jarrah to Gaza and beyond, images of brave Palestinian women resisting racist oppression and dispossession have been broadcast around the world.

This IWD, “Women Unite Against Apartheid!” is our call! Today, we share the stories of female resistance. Women across historic Palestine, including in Al-Naqab, Sheikh Jarrah, and Gaza have shown that “a woman’s palace is in the revolution”, as Irish suffragist and nationalist Constance Markievicz once said.

We spoke with just some of the countless courageous Palestinian women living under Israeli apartheid and occupation and asked them to share their daily experiences, their inspirations and why feminists around the world should support Palestinian women.

All my life I have been among strong and steadfast women who inspired me and gave me strength to resist the daily oppression. I opened my eyes to my grandmother defending her house, to my aunt fighting the settlers, and to my mother resisting with her pen and her poetry.

The brave Bedouin girls are the strongest girls in the world, we are not afraid or fearful!

Each of us goes out to join the protests, and this is our right. Our struggle is not only for men; repression does not differentiate between a man and a woman. We must stand together, men and women, hand in hand in order to save Al-Naqab (Negev)!

I derive my strength from the sacrifices of my people, especially women, in light of the multi-layered system of oppression. Palestinian women need real support and effective solidarity from our sisters, women and feminists, worldwide, to isolate the entire system of oppression.

There is no real justice for [Palestinian] women as long as [Israel’s] colonial injustice continues.

One cannot stand against the oppression of women without standing with Palestinian women. Palestine is a feminist issue. For decades, Palestinian women have understood the intersection between oppressions and have simultaneously resisted Israeli oppression on the one hand and traditional patriarchy on the other.

We call on feminists around the world to embrace Boycott, Divestment and Sanctions (BDS) in solidarity with Palestinian women and girls living under and resisting Israeli apartheid, violence, occupation, and settler colonialism.

Companies investing in and profiting from Israeli apartheid are therefore anti-feminist. In order to push for #UNinvestigateApartheid and in order to #EndIsraeliApartheid and #DismantleApartheid we call for an escalation in BDS campaigns.