Copy of watch out Pegasus.jpg 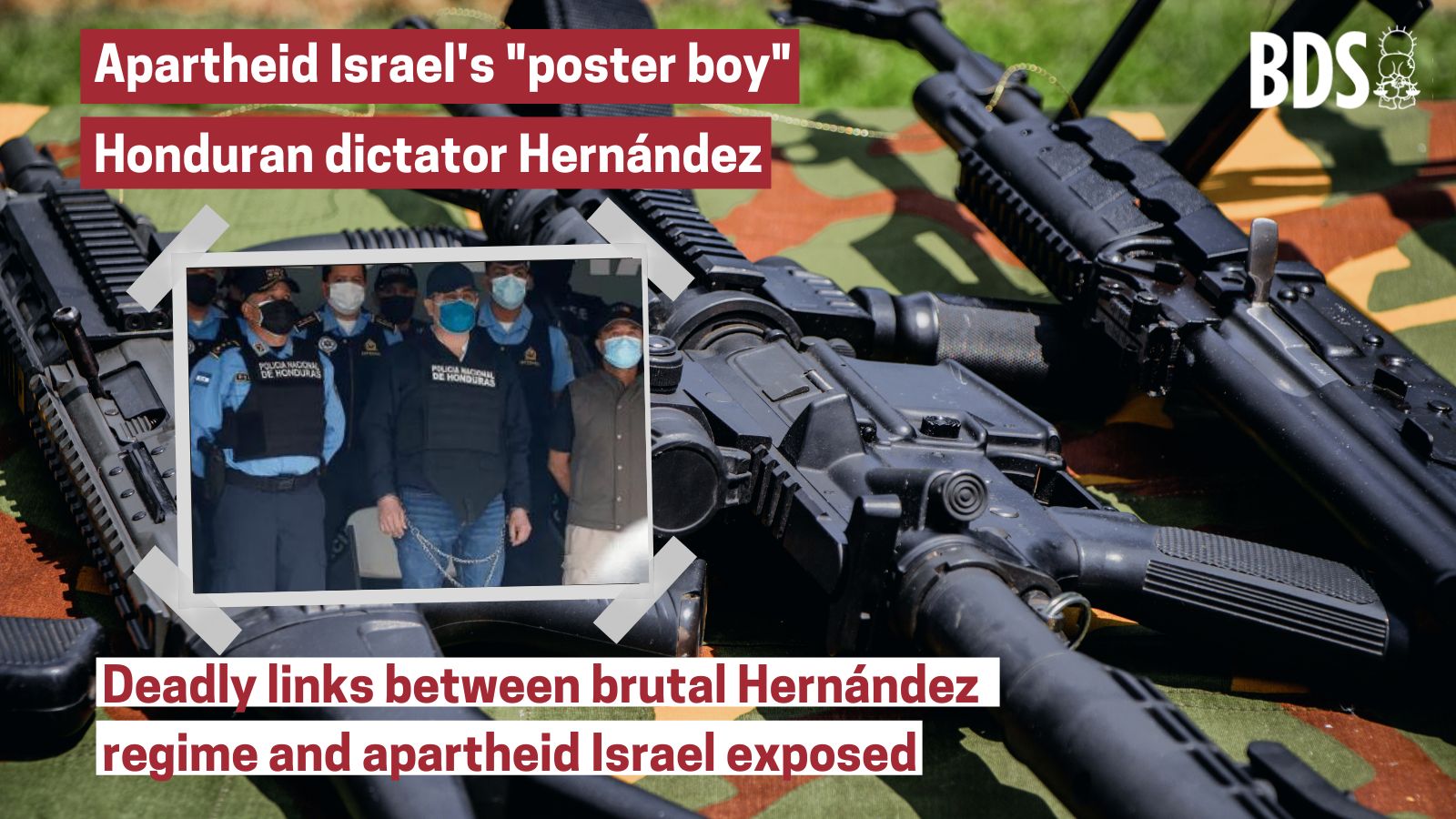 Former Honduran President, Juan Orlando Hernández, the “poster boy” of Israeli diplomacy, is charged with sponsoring a “corrupt and violent drug-trafficking conspiracy.” Apartheid Israel propped up his ruthless regime with weapons, military training and precious access to the Trump White House, helping to secure his drug cartel business. In return, Honduras voted against Palestinian rights at the UN and agreed to move its embassy to occupied Jerusalem.

Local journalists report that the Honduran so-called embassy in Jerusalem, still officially listed as a consulate on Google Maps, is abandoned most of the time. Honduras still operates an actual embassy in the city of Rishon Lezion.

Armed by Israel, under the leadership of then defense minister Naftali Bennet, Honduran security forces were implicated in the “torture, rape, death threats, kidnappings and killings of journalists, students, opposition activists, proponents of equitable land distribution and activists on behalf of farmers’ rights, homeless rights, and indigenous communities’ rights.” Honduras under Hernández’ rule was considered “the deadliest country in the world for environmental activism.”

Still, Israel praised the two countries’ “shared values based on democracy, human rights, respect for the rule of law … and aspirations for peace.” Even now, the Israeli government supports the legal defense of Hernández in his trial in the U.S.

Hernández first received training by the Israeli government in 1992, preparing him for power many years later.

Honduras is but one example of apartheid Israel’s real impact across the Global South–supporting dictatorships and authoritarian regimes and aggravating militarization, brutal repression, corruption, war crimes, and even genocide (as in Rwanda and Myanmar).

It’s high time for imposing targeted, lawful sanctions to #DismantleApartheid, starting with a comprehensive #MilitaryEmbargo. This is not just for the sake of Palestinians, but also for the sake of human rights globally.