A Palestinian civil society critique of  the Jerusalem Declaration on Antisemitism. 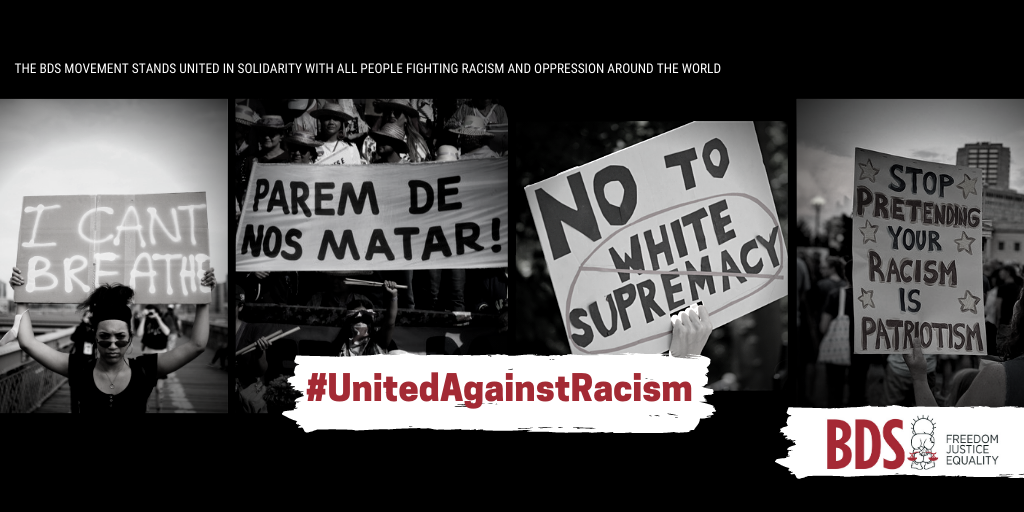 The “Jerusalem Declaration on Antisemitism” (JDA), despite its flaws detailed below, presents a mainstream alternative to the fraudulent so-called IHRA definition of antisemitism and a “cogent guide” in the fight against real antisemitism, as many progressive Jewish groups define it--defending Jews, as Jews, from discrimination, prejudice, hostility and violence. It respects to a large extent the right to freedom of expression related to the struggle for Palestinian rights as stipulated in international law, including through BDS, and the struggle against Zionism and Israel’s regime of occupation, settler-colonialism and apartheid.

The JDA can be instrumental in the fight against the anti-Palestinian McCarthyism and repression that the proponents of the IHRA definition, with its “examples,” have promoted and induced, by design. This is due to the following JDA advantages:

Still, Palestinians, the Palestine solidarity movement, and all progressives are urged to approach the JDA with a critical mind and caution due to its flaws, some of which are inherent:​

A. “Portraying Israel as the ultimate evil or grossly exaggerating its actual influence” as a possibly “coded way of racializing and stigmatizing Jews.” While in some cases such portrayal of Israel or gross exaggeration of its influence may indirectly reveal an antisemitic sentiment, in the absolute majority of cases related to defending Palestinian rights such inference would be entirely misplaced. When Palestinians who lose their loved ones, homes and orchards due to Israeli apartheid policies publicly condemn Israel as “the ultimate evil,” for example, this cannot be reasonably construed as a “coded” attack on Jews.

Interpreting opposition to Israeli crimes and regime of oppression as anti-Jewish, as Israel and its anti-Palestinian right-wing supporters often do, effectively makes Israel synonymous or coextensive with “all Jews.” Ethically speaking, other than being anti-Palestinian, this equation is deeply problematic because in effect it essentializes and homogenizes all Jewish persons. This contradicts the JDA’s opening statement that it is “racist to essentialize ... a given population.”

B.“Applying the symbols, images and negative stereotypes of classical antisemitism … to the State of Israel.” As the JDA itself admits elsewhere, such a sweeping generalization is false in all “evidence-based” cases. Consider, for instance, Palestinians condemning Israeli PM Netanyahu as a “child killer,” given that at least 526 Palestinian children were slaughtered in Israel’s 2014 massacre in Gaza, which the International Criminal Court has recently decided to investigate. Can this be considered antisemitic? Though the hard evidence is irreproachable, should Palestinians avoid using that term in this case simply because it is an antisemitic trope and Netanyahu happens to be Jewish? Is it Islamophobic to call the Saudi dictator Muhammad Bin Salman – who happens to be a Muslim -- a butcher due to reportedly orchestrating the gruesome murder of Khashoggi, not to mention the Saudi regime’s crimes against humanity in Yemen? Would showing MBS holding a bloody dagger be considered an Islamophobic trope, given how Islamophobic caricatures often depict Muslim men with blood-soaked swords and daggers? Clearly not. So why exceptionalize Israel then?

C. “Denying the right of Jews in the State of Israel to exist and flourish, collectively and individually, as Jews, in accordance with the principle of equality.” The principle of equality is absolutely paramount in protecting individual rights in all spheres as well as in safeguarding collective cultural, religious, language, and social rights. But some may abuse this to imply equal political rights for the colonizers and the colonized collectives in a settler-colonial reality, or for the dominant and the dominated collectives in an apartheid reality, thus perpetuating oppression. Anchored in international law, after all, the fundamental principle of equality is not intended to, nor can it be used to, exonerate crimes or legitimize injustice.

What about the supposed “right” of Jewish-Israeli settlers to replace Palestinians in the ethnically cleansed land of Kafr Bir’im in the Galilee or Umm al Hiran in the Naqab/Negev? What about the ostensible “right” to enforce racist admission committees in tens of Jewish-only settlements in present-day Israel that deny admission to Palestinian citizens of Israel on “cultural/social” grounds? Moreover, should Palestinian refugees be denied their UN-stipulated right to return home in order not to disturb some assumed “collective Jewish right” to demographic supremacy? What about justice, repatriation and reparations in accordance with international law and how they may impact certain assumed “rights” of Jewish-Israelis occupying Palestinian homes or lands?

Most importantly, what does any of this have to do with anti-Jewish racism?

1. As recently revealed by Der Spiegel, a police report in Germany, for example, shows that the right and far-right were in 2020 responsible for 96% of all antisemitic incidents in Germany that are attributable to a clear motive. https://twitter.com/bdsmovement/status/1362411616638275586