Glasgow City Council promises supporters of Palestinian rights that it will no longer sponsor arms fairs featuring Israeli weapons manufacturers and will ensure that the city's guidelines for hosting events reflect that “Glasgow is a human rights respecting city.” 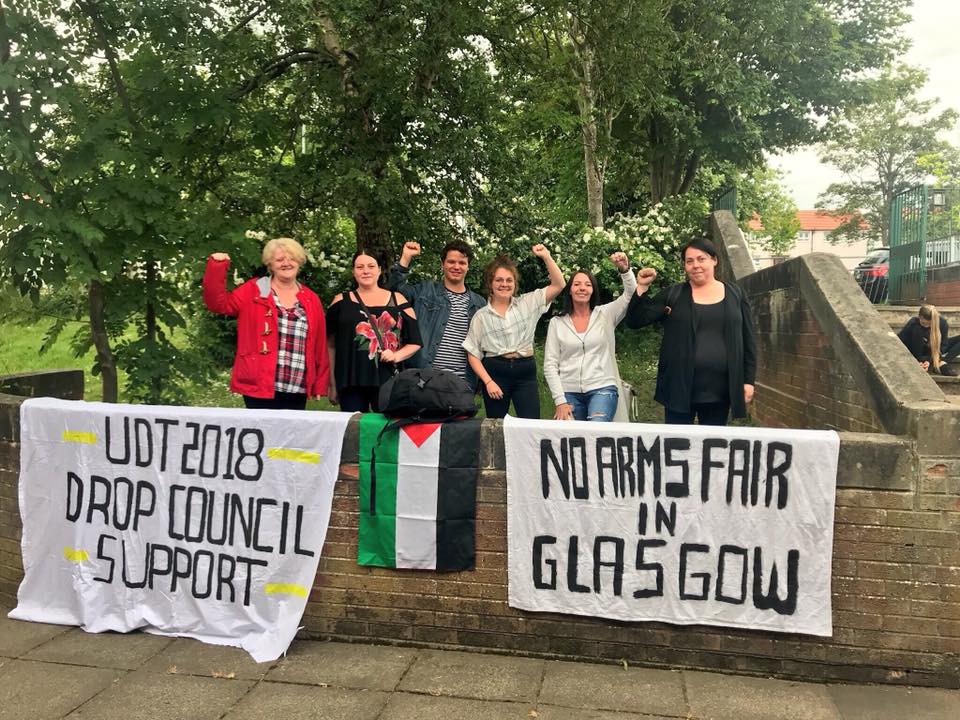 July 27, 2018 — Glasgow City Council has responded to months of popular protest against its decision to sponsor the Undersea Defence Technology (UDT) conference, a military fair featuring Israeli weapons manufacturers notorious for violating Palestinian human rights. The Council vowed to refuse to sponsor any military fairs in the future and promised the city would “reexamine its guidelines” to ensure they reflect that “Glasgow is a human rights respecting city.”

This important concession by the Glasgow City Council was won by a coalition of human rights defenders organized under the banner “Sink the Glasgow Arms Fair.” Organizing groups included the Scottish Palestine Solidarity Campaign (SPSC), the Scottish Campaign for Nuclear Disarmament (CND), Scotland Against Militarism and the Campaign Against the Arms Trade. The fair took place in Glasgow late last month.

The lead sponsors of the arms fair were BAE Systems and Babcock, the two main arms manufacturers responsible for renewing the UK’s Trident program for the development, procurement and operation of nuclear weapons. Glasgow declared itself a nuclear free council in December 2017.

The fair listed “Israel Defense,” a media enterprise that promotes Israel’s arms industry, as an official media partner. Israeli company DSIT Solutions, which facilitates Israel’s brutal and illegal naval siege on Gaza, was also present at the fair. Israeli arms companies regularly market their weapons as “tested in combat” or “field tested,” which means they are tested on Palestinian people and then exported to facilitate repression by military and police in the rest of the world.

The Glasgow City Council, currently led by the Scottish National Party (SNP),  first responded to protests by defending its decision to host the Undersea Defence Technology fair in June 2018. (The Council had placed a bid to host the fair under the previous Labour administration, but was awarded the bid in July 2017, under SNP leadership.)

After more than two months of public protest and just one week before the arms fair took place, the Council removed the “People Make Glasgow” city logo from the fair’s website.

While the City Council may have tried to quell protest by withdrawing its logo, campaigners discovered that the City Council was still backing the arms fair. Arms fair organizers still hosted a VIP event in a  a City Council-owned building as part of their program.

In response, over 2,000 people of conscience from Scotland and around the world sent an email to Glasgow City Council leader Susan Aitken, asking her to end the council’s support for a military fair featuring Israeli weapons manufacturers notoriously responsible for gross human rights violations. The email specifically asked Aitken and the council to “not promote Israeli apartheid killing machines.”

Sink the Glasgow Arms Fair coalition and people across Scotland joined protest actions outside the arms fair and made clear that the fair was not welcome.  They criticized the spokespersons for the Trident nuclear program and the fair’s student recruitment session, and drew attention to the Israeli weaponry on display which Israel uses to maintain its siege of nearly 2 million Palestinians in the occupied Gaza Strip.

On the last day of the fair, David Mcdonald, Glasgow City Council’s deputy leader, announced that the Council would no longer sponsor arms fairs in the future. He confirmed that he asked the Convention Bureau, which organizes the city’s conferences, to “reexamine its guidelines” so that they reflects that “Glasgow is a human rights respecting city and also matches the values and vision set out in the city charter.”

MacLeod also said that public pressure on the Glasgow City Council and Councillors will continue because the Council still administers the Strathclyde Pension Fund, known to invest in weapons manufacturers  and other companies complicit in violations of Palestinian rights.

SPSC is working with Unison Scotland and Scottish Friends of Palestine on the Time To Divest campaign to urge Scottish local authority pension funds to divest from companies complicit in violating Palestinian human rights. These include Bank Hapoalim, Israel’s largest bank, which finances the construction of illegal settlements on stolen Palestinian land, and HP/DXC.

Scottish Palestine Solidarity Campaign (SPSC) is an extension to the Palestinian struggle for freedom against Israel's programme of ethnic cleansing and genocide in Palestine. SPSC  campaigns to build effective solidarity with the Palestinian people. 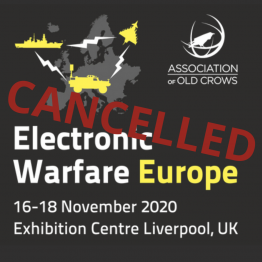