Skip to main content
In the News
This article is reposted from
Israeli Academics - UK
, click here to read the original article.

The scholars strongly oppose the governmental imposition of the "inherently flawed" definition and urge UK universities to rejct it, remaining firm in their commitment to academic freedom and freedom of speech while continuing their fight against all forms of racism, including antisemitism. 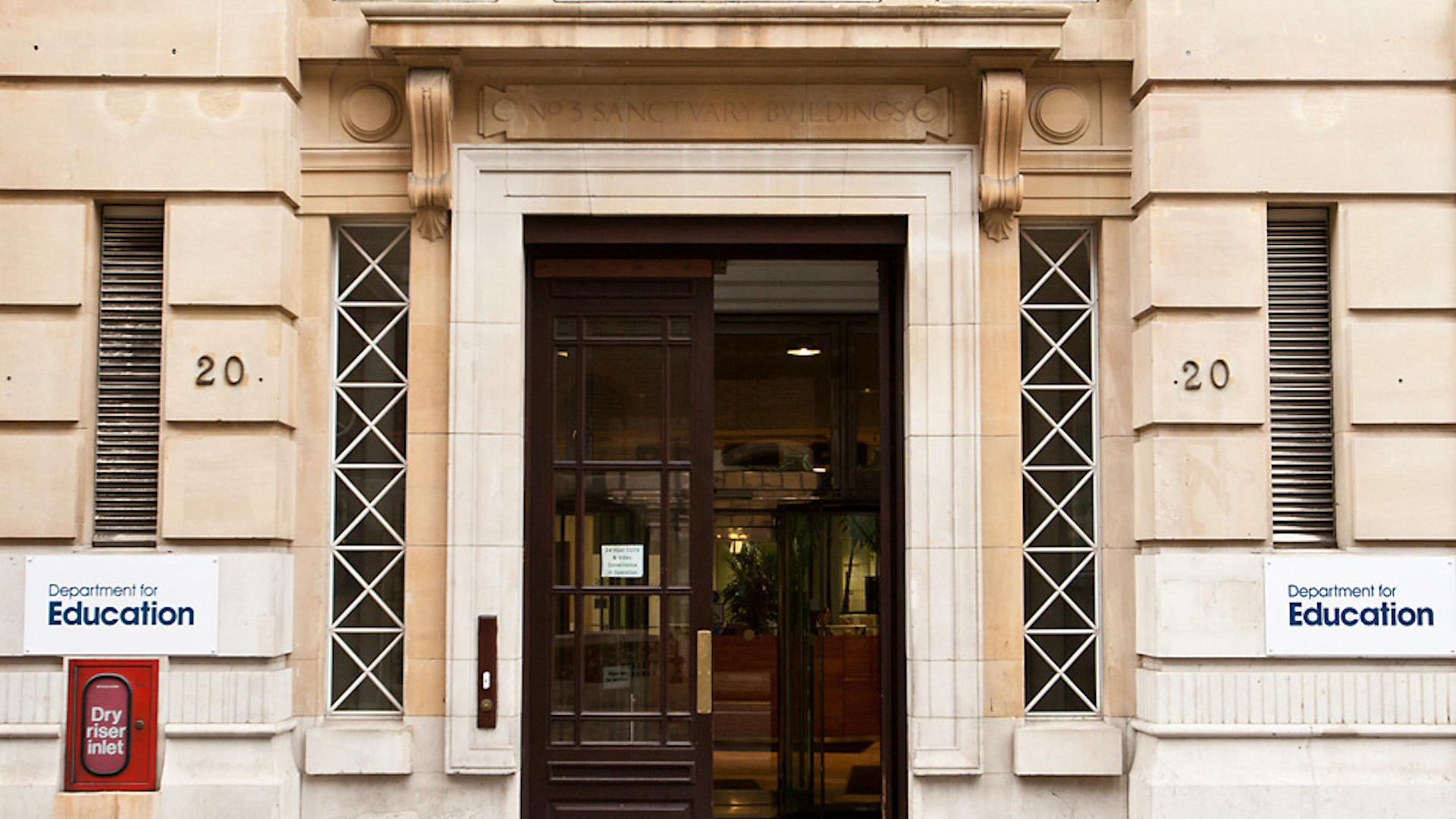 Call to reject the IHRA's 'working definition of antisemitism'

RE: The IHRA ‘working definition of antisemitism’​

We, British Academics who are also Israeli citizens, strongly oppose the governmental imposition of the IHRA ‘working definition of antisemitism’ on Universities in England. We call on all academic senates to reject the IHRA document or, where adopted already, act to revoke it.​

We represent a diverse cross-disciplinary, cross-ethnic, and cross-generational group. We all share an extended history of struggles against racism. Accordingly, we have been critical of Israel’s prolonged policies of occupation, dispossession, segregation, and discrimination directed at the Palestinian population. Our historical and political perspective is deeply informed by the multiple genocides of modern times, and in particular, the Holocaust, in which quite a few of us lost members of our extended families. The lesson we are determined to draw from history is that of a committed struggle against all forms of racism.​

It is precisely because of these personal, scholarly, and political perspectives that we are perturbed by the letter sent to our Vice Chancellors by Gavin Williamson, Secretary of State for Education, on 9 October 2020. Explicitly threatening to withhold funds, the letter pressures universities to adopt the controversial ‘working definition of antisemitism’ originally proposed by the International Holocaust Remembrance Alliance (IHRA). Fighting antisemitism in all its forms is an absolute must. Yet, the IHRA document is inherently flawed in ways that undermine this fight. In addition, it threatens free speech and academic freedom, and constitutes an attack both on the Palestinian right to self-determination and the struggle to democratise Israel.​

The IHRA document has been extensively criticised on numerous occasions. Here, we touch on some of its aspects that are particularly distressing in the higher education context. The document consists of two parts. The first, quoted in Williamson’s letter, is a ‘definition’ of antisemitism, which reads as follows:

Antisemitism is a certain perception of Jews, which may be expressed as hatred toward Jews. Rhetorical and physical manifestations of antisemitism are directed toward Jewish or non-Jewish individuals and/or their property, toward Jewish community institutions and religious facilities.​

This formulation is both vague in language and lacking in content, to the point of being unusable. On the one hand, it relies on unclear terms such as ‘certain perception’ and ‘may be expressed as hatred.’ On the other hand, it fails to mention key issues such as ‘prejudice’ or ‘discrimination.’ Crucially, this ‘definition’ is considerably weaker and less effective than anti-racist regulations and laws already in force, or in development, in the university sector.​

Moreover, the government’s pressure on higher education institutions to adopt a definition for only one sort of racism singles out people of Jewish descent as deserving greater protection than others who regularly endure equal or more grievous manifestations of racism and discrimination. ​

The second part of the IHRA document presents what it describes as eleven examples of contemporary antisemitism, seven of which refer to the State of Israel. Some of these ‘examples’ mischaracterise antisemitism. They likewise have a chilling effect on University staff and students legitimately wishing to criticise Israel’s oppression of Palestinians or to study the Israeli-Palestinian conflict. Finally, they interfere with our right as Israeli citizens to participate freely in the Israeli political process.​

To illustrate, one example of antisemitism is ‘[to claim] that the existence of a State of Israel is a racist endeavour.’ Another antisemitic act, according to the document, is ‘requiring of [Israel] ... a behaviour not expected or demanded of any other democratic nation.’ Surely, it should be legitimate, not least in a university setting, to debate whether Israel, as a self-proclaimed Jewish State, is ‘a racist endeavour,’ or a ‘democratic nation.’​

Currently, the population under Israel’s control comprises 14 million people. Nearly 5 million of those are devoid of basic rights. Of the remaining 9 million, 21 percent (circa 1.8 million) have been systematically discriminated against since the establishment of the state. This discrimination manifests itself in dozens of laws and policies concerning property rights, education, and access to land and resources. All 6.8 million people thus prevented from full democratic access are non-Jews. An emblematic illustration is the Law of Return, which entitles all Jews – and only Jews – living anywhere in the world to migrate to Israel and acquire Israeli citizenship, a right extendable to descendants and spouses. At the same time, millions of Palestinians and their descendants, who have been displaced or exiled, are denied the right to return to their homeland.​

Such discriminatory legislation and state practices in other contemporary or historical political systems – ranging from China to the USA or Australia – are legitimately and regularly scrutinised by scholars and the general public. They are variously criticised as forms of institutional racism, and compared to certain fascist regimes, including that of pre-1939 Germany. Indeed, historical analogies are a standard tool in academic research. However, according to the Education Secretary, only those concerning the State of Israel are now forbidden to  scholars and students in England. No state should be shielded from such legitimate scholarly discussion.

Furthermore, while the IHRA document considers any 'comparisons of contemporary Israeli policy to that of the Nazis' a form of antisemitism, many in the Israeli political centre and left have often drawn such comparisons. One recent example is a statement made by Yair Golan, Member of Knesset (Israeli parliament) and former Deputy Chief of the General Staff of the Israeli military, in 2016. Another is the comparison between Israel and ‘Nazism in its early stages’ made in 2018 by the Israel Prize Laureate Professor Zeev Sternhell, a renowned Israeli historian and political scientist who was, until his recent death, a world leading theorist of fascism. Such comparisons are also made regularly by the editorials of the leading Israeli newspaper Haaretz.​

The use of such analogies is hardly new. To illustrate, in late 1948, a prominent group of Jewish intellectuals and Rabbis, including Albert Einstein and Hannah Arendt, published a letter in the NYT accusing Menachem Begin (Israel’s future prime minister) of leading ‘a political party closely akin in its organization, methods, political philosophy and social appeal to the Nazi and Fascist parties.’​

With its eleven ‘illustrations,’ the IHRA document has already been used to repress freedom of speech and academic freedom (see here, here, and here). Alarmingly, it has served to frame the struggle against Israel’s occupation and dispossession as antisemitic. As recently stated in a letter to the Guardian by 122 Palestinian and Arab intellectuals:

We believe that no right to self-determination should include the right to uproot another people and prevent them from returning to their land, or any other means of securing a demographic majority within the state. The demand by Palestinians for their right of return to the land from which they themselves, their parents and their grandparents were expelled cannot be construed as antisemitic… It is a right recognized by international law as represented in UN general assembly resolution 194 of 1948… To level a charge of antisemitism against anyone who regards the existing state of Israel as racist, notwithstanding the actual institutional and constitutional discrimination upon which it is based, amounts to granting Israel absolute impunity.​

In her recent letter endorsing the imposition of the IHRA document on universities in England, Kate Green, MP and Shadow Secretary of State for Education, states that ‘We can only [fight antisemitism] by listening to and engaging with the Jewish community.’ However, as Israeli citizens settled in the UK, many of Jewish descent, and alongside many in the UK’s Jewish community, we demand that our voice, too, be heard, and we believe that the IHRA document is a step in the wrong direction. It singles out the persecution of Jews; it inhibits free speech and academic freedom; it deprives Palestinians of their own legitimate voice within the UK public space; and, finally, it inhibits us, as Israeli nationals, from exercising our democratic right to challenge our own government.​

For these and other reasons, even the lead drafter of the IHRA document, Kenneth Stern, publicly warned:

Right-wing Jewish groups took the “working definition”, which had some examples about Israel ..., and decided to weaponize it. ... [This document] was never intended to be a campus hate speech code ... but [at the hands of the Right it has been used as] an attack on academic freedom and free speech, and will harm not only pro-Palestinian advocates, but also Jewish students and faculty, and the academy itself. ... I’m a Zionist. But on ... campus, where the purpose is to explore ideas, anti-Zionists have a right to free expression. ... Further, there’s a debate inside the Jewish community whether being Jewish requires one to be a Zionist. I don’t know if this question can be resolved, but it should frighten all Jews that the government is essentially defining the answer for us. (The Guardian, 13 Dec. 2019).​

These concerns are shared by many others, amongst whom are hundreds of UK students, scholars of antisemitism and racism, and numerous Palestinian, Jewish, and social justice groups and organisations in the UK and around the world, such as the Institute of Race Relations, civil rights organisation Liberty, former Court of Appeal Judge Sir Stephen Sedley, and Rabbi Laura Janner-Klausner.​

We join in the demand that UK universities remain firm in their commitment to academic freedom and freedom of speech. We urge UK universities to continue their fight against all forms of racism, including antisemitism. The flawed IHRA document does a disservice to these goals. We therefore call on all academic senates to reject governmental decrees to adopt it, or, where adopted already, act to revoke it.