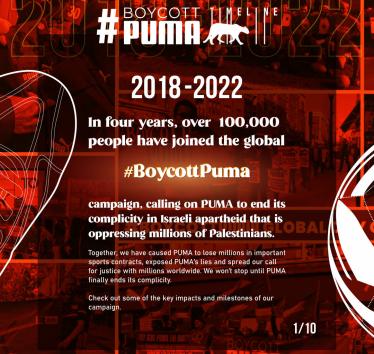 Together, we have caused PUMA to lose millions in important sports contracts, exposed PUMA’s lies and spread our call for justice with millions worldwide. We won’t stop until PUMA finally ends its complicity in Israeli apartheid.

Boycott Puma
July 4, 2022
By:
Palestinian Campaign for the Academic and Cultural Boycott of Israel 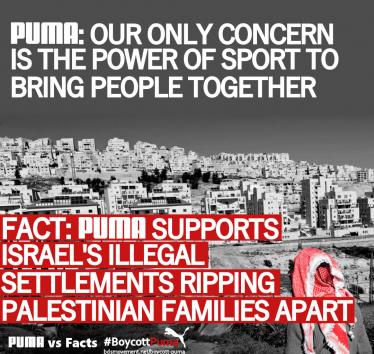 Rather than abiding by its stated commitment to human rights and ending all activity in illegal Israeli settlements, Puma has repeatedly attempted to distance itself or justify its actions.

Boycott Puma
August 20, 2020
By:
Palestinian Campaign for the Academic and Cultural Boycott of Israel (PACBI) 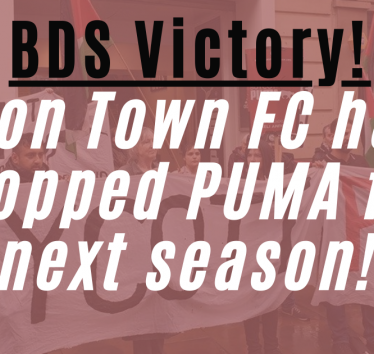