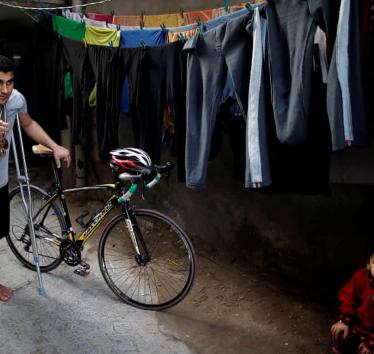 The soft power objective of Israeli sport is for us to focus on a cycling team or a visit by Lionel Messi rather than Palestine, says Sports Journalism Association 2021 Sportswriter of the Year Jonathan Liew. 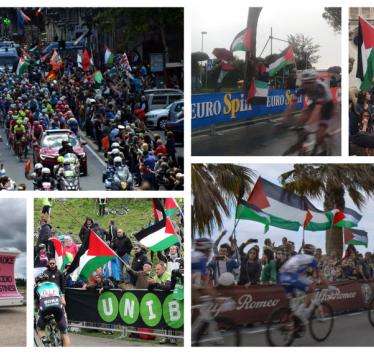 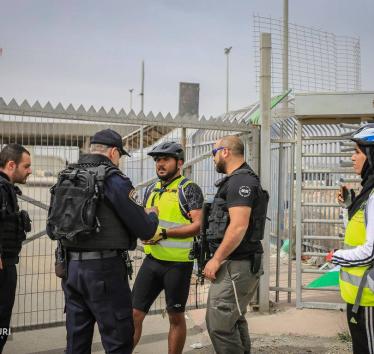 Relocate the Race
May 5, 2018
By:
Palestinian Campaign for the Academic and Cultural Boycott of Israel (PACBI) 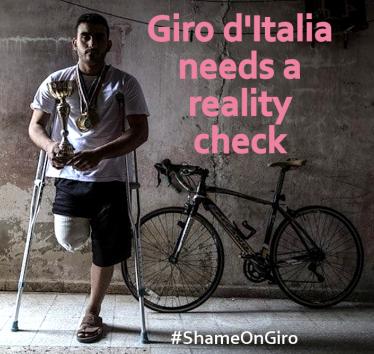 As millions around the world follow the famed cycling race, join social media actions to to spoil the party and give Giro d'Italia a reality check!

Relocate the Race
May 3, 2018
By:
Palestinian Campaign for the Academic and Cultural Boycott of Israel (PACBI) 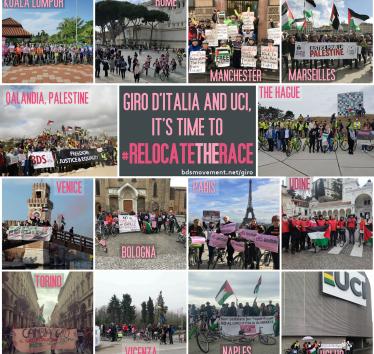 Cyclists and supporters of Palestinian human rights took to the streets in 20 cities across the world on Saturday, 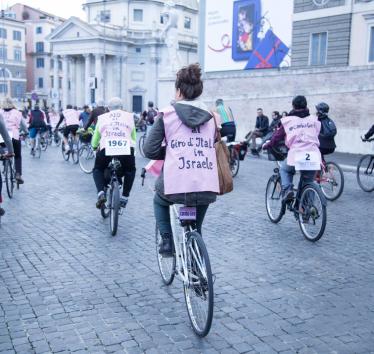 Calls are mounting for the Union Cycliste Internationale (UCI), the governing body of cycling, to take action to relocate the start of the famed Giro d’Italia cycling race from Israel. 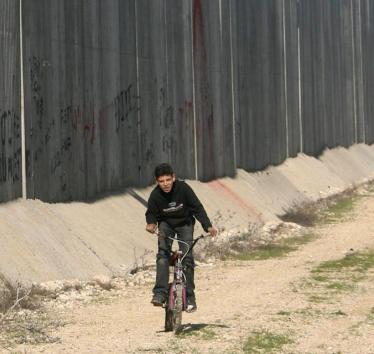 Relocate the Race
February 2, 2018
By:
Members of European Parliament 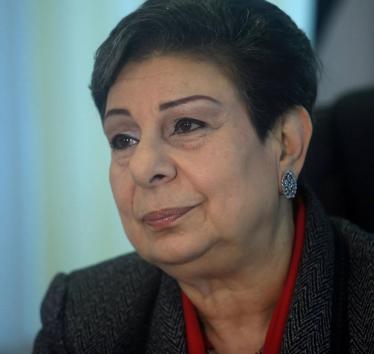 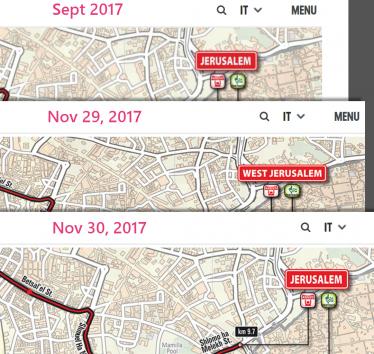 After Israeli ministers threatened to withdraw sponsorship from the Giro d'Italia over use of the term "West Jerusalem," race organizers chose to recognise Israel’s illegal annexation of occupied East Jerusalem. 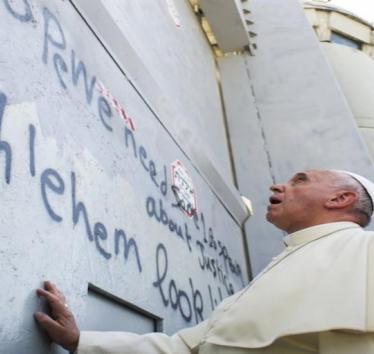