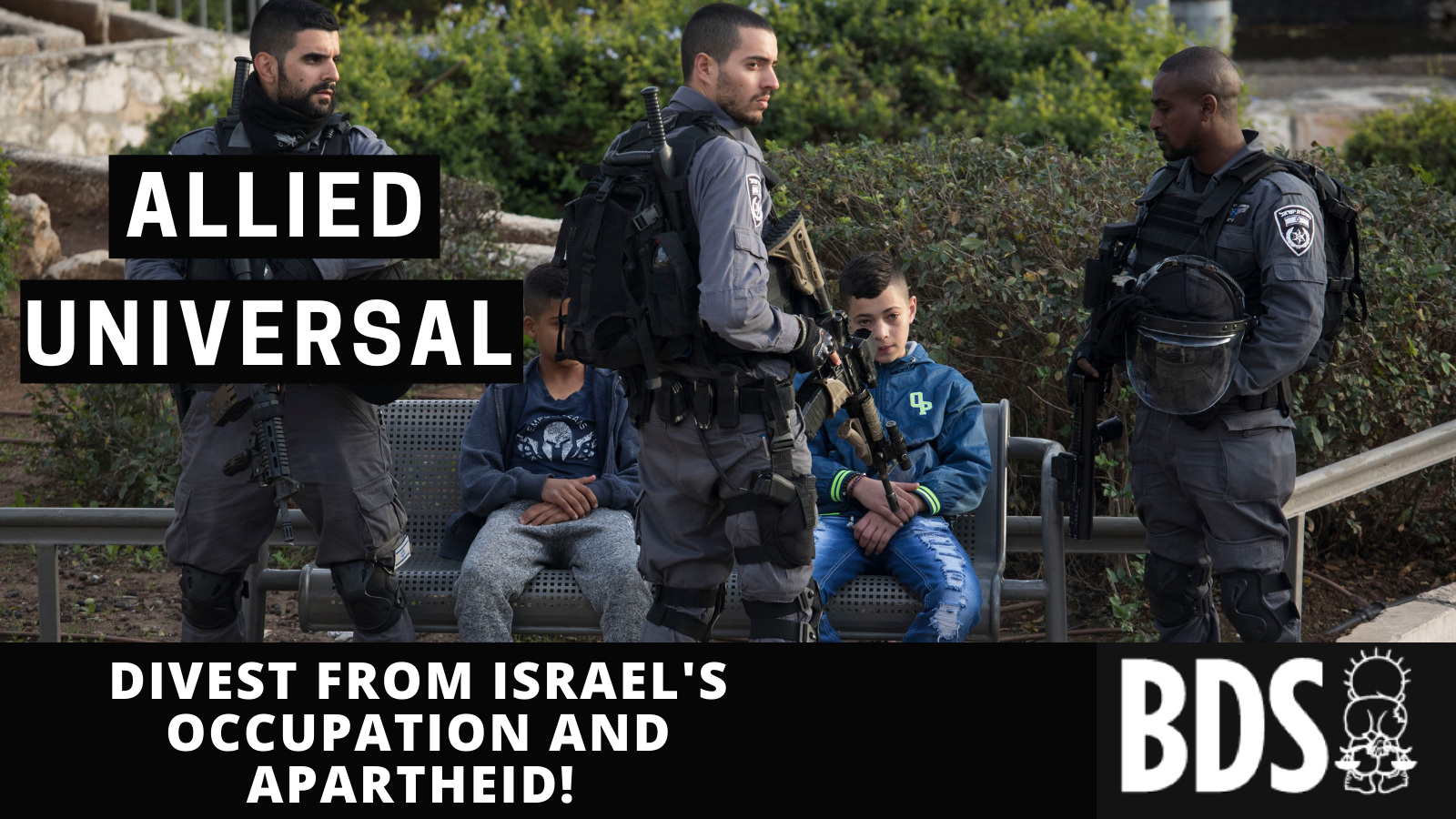 The global #StopG4S campaign has already shown its impact. In December 2016, G4S sold its subsidiary, G4S Israel, to the Israeli equity fund FIMI. However, G4S, and now Allied Universal, continues to be complicit in violations of international law through its 25 percent stake in Policity Corporation.

I’m writing to you regarding your recent acquisition of G4S.

G4S was identified in 2012 by the UN as an institution that should be held accountable for its participation in Israel’s violations of international law and its support and maintenance of Israel’s apartheid system.

Despite selling its subsidiary - G4S Israel - to Israeli equity company FIMI in 2016, G4S continues to be complicit in violations of international law through its 25 percent stake in Policity Corporation.

G4S continues to be the target of international boycott and divestment campaigns. These campaigns have had a negative impact on G4S, directly resulting in lost contracts worth millions of dollars around the world.

Allied Universal now has an obligation in accordance with the UN Guiding Principles on Business and Human Rights to cease its involvement in these crimes.

We urge Allied Universal to stand on the right side of history.