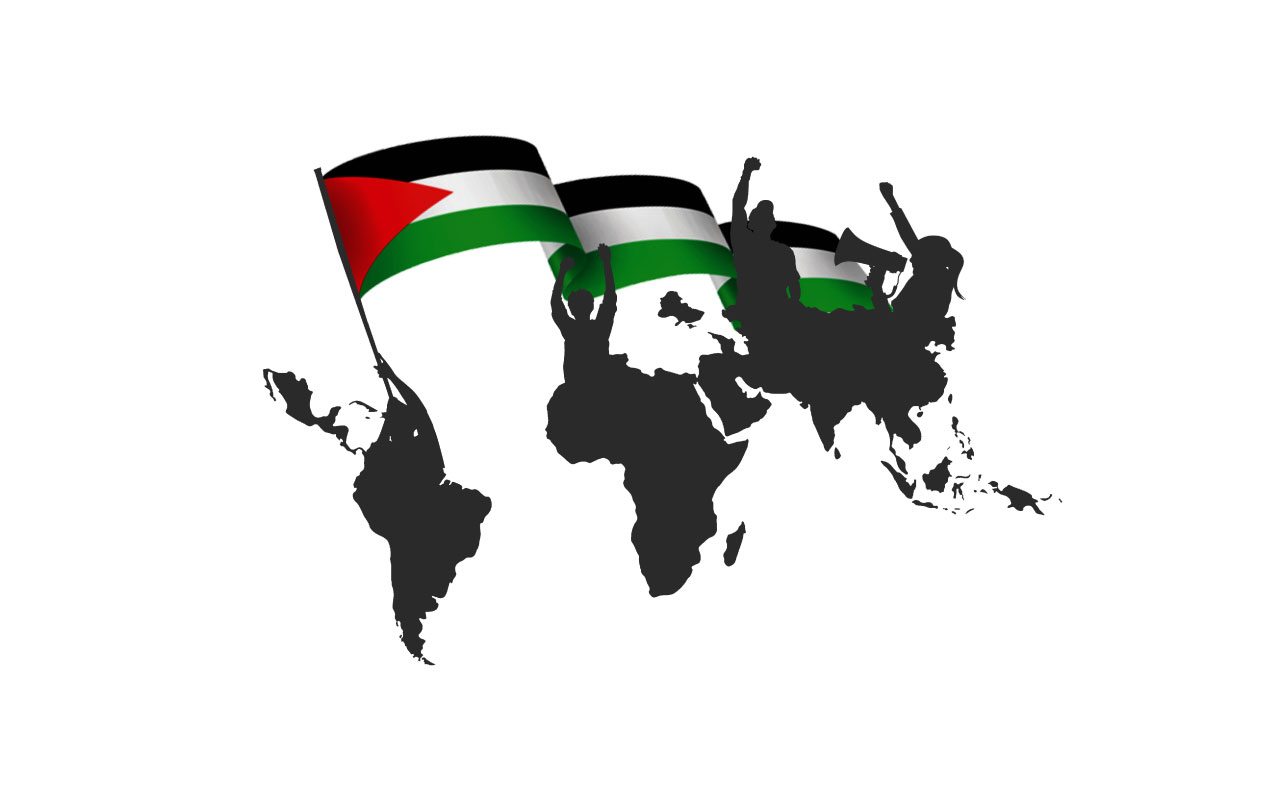 As Israel moves closer to formally annex parts of the occupied West Bank, solidarity in the Global South has been uniting in resistance.

A collective Global South Response, a common statement from Africa, Asia and Latin America, is gaining force in response to the Palestinian civil society call upon the international community to impose effective counter measures against Israel, including targeted sanctions, ending trade ties and legal action.

On June 19th, South African civil society, led by the South African BDS Coalition, launched a global south statement against annexation. This call demands adoption of a UNGA resolution for targeted and lawful sanctions against Israel, updating of the UNHRC database of companies doing business in illegal settlements, promotion of the UN Special Committee on Apartheid and supporting the International Criminal Court probe into Israel’s war crimes. The endorsers commit to pressuring their governments to take concrete and diplomatic action towards these demands.

The leadership from South Africa emanates from the brave and historical struggle against apartheid. They have also been among the first to recognize Israel as an apartheid state.

This statement is now gaining traction among leaders and civil society figures across the continents of Asia, Africa and Latin America. It is the connected histories of struggle against racism and colonialism that connect the vast and diverse region, and inform the organic solidarity to Palestine.

As part of this effort, the South African BDS Coalition is organizing a virtual rally on July 4th. This rally will have among its speakers Mandla Mandela, MP, South Africa; Celso Amorim, ex Foreign Minister, Brazil; Karol Cariola, MP, Chile; Phakamile Hlubi-Majola, spokesperson for the National Union of Metal Workers, South Africa; Rajmohan Gandhi, ex MP and diplomat, India; and Right Honourable Syed Ibrahim, MP, Malaysia among others. Omar Barghouti, co-founder of the Palestinian Boycott, Divestment and Sanctions movement will be the keynote speaker. The rally will also have poetry and cultural performances.

Join the rally on 4th July, at 4 PM Palestine time/ 3 PM SAST by following this Zoom link, or on the Facebook Live of these two pages:
South African BDS Coalition and Boycott, Divestement and Sanctions (BDS) Movement