Activists protest outside Allied Universal headquarters in California urging them to stop G4S complicity in Israeli occupation and apartheid! Join them by sending an email to Allied Universal now! 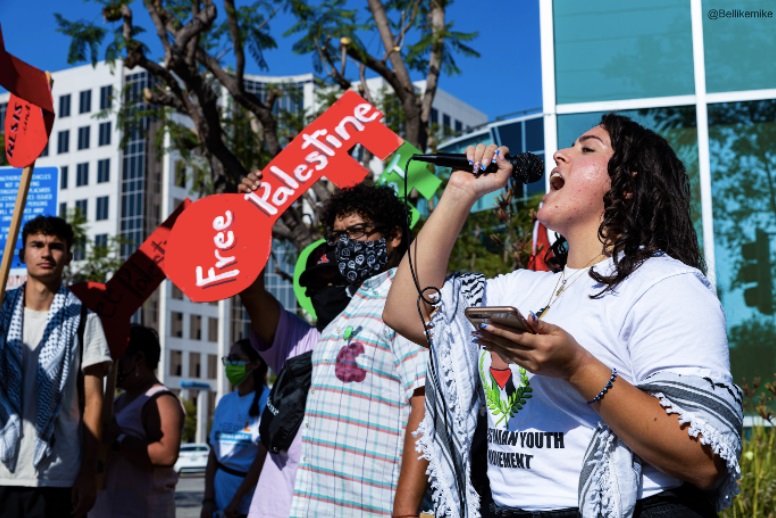 Activists protested at security company Allied Universal’s headquarters in Santa Ana, CA earlier this month over Allied’s recent takeover of G4S. G4S has a long history of human rights violations, and remains complicit in Israel’s oppression of Palestinians through its partial ownership and operations of Policity, the Israeli national police academy.

Now it’s your turn to take action: help us keep up the pressure by contacting Allied Universal executives and urging them to stop G4S complicity in Israeli occupation and apartheid!

1. Click to tweet: Let Allied Universal know that you are joining human rights campaigners in calling on them to divest from Policity Corporation:

2. Add your voice to thousands of others by sending an email to Allied Universal executives and urge them to stop G4S complicity in Israeli occupation and apartheid!

Activists with the Palestinian Youth Movement (PYM), Cooperacion Santa Ana, and El Centro Cultural de Mexico gathered to demand Allied Universal end its complicity by ending its ownership and operation of Policity. They delivered a letter signed by over 60 global human rights organizations.

An activist at the protest said: “We’re targeting companies that profit off of oppression. Allied Universal does general security in Irvine and Santa Ana, where a lot of community members have voiced their disapproval because of how they’re negatively impacting their community and how this ties their community to the militarism of the US as well as other entities like Israel. This is hopefully the first of many protests, the goal is to continue escalation and applying pressure on companies like Allied Universal so they will cut ties with Israel and stop doing surveillance in our communities here.