March 30, 2021
/ By
Palestinian Campaign for the Academic and Cultural Boycott of Israel (PACBI)
/
Brazil

The professors of the University of Brasilia in Brazil have voiced their unequivocal opposition to any agreements between the university and complicit Israeli companies. 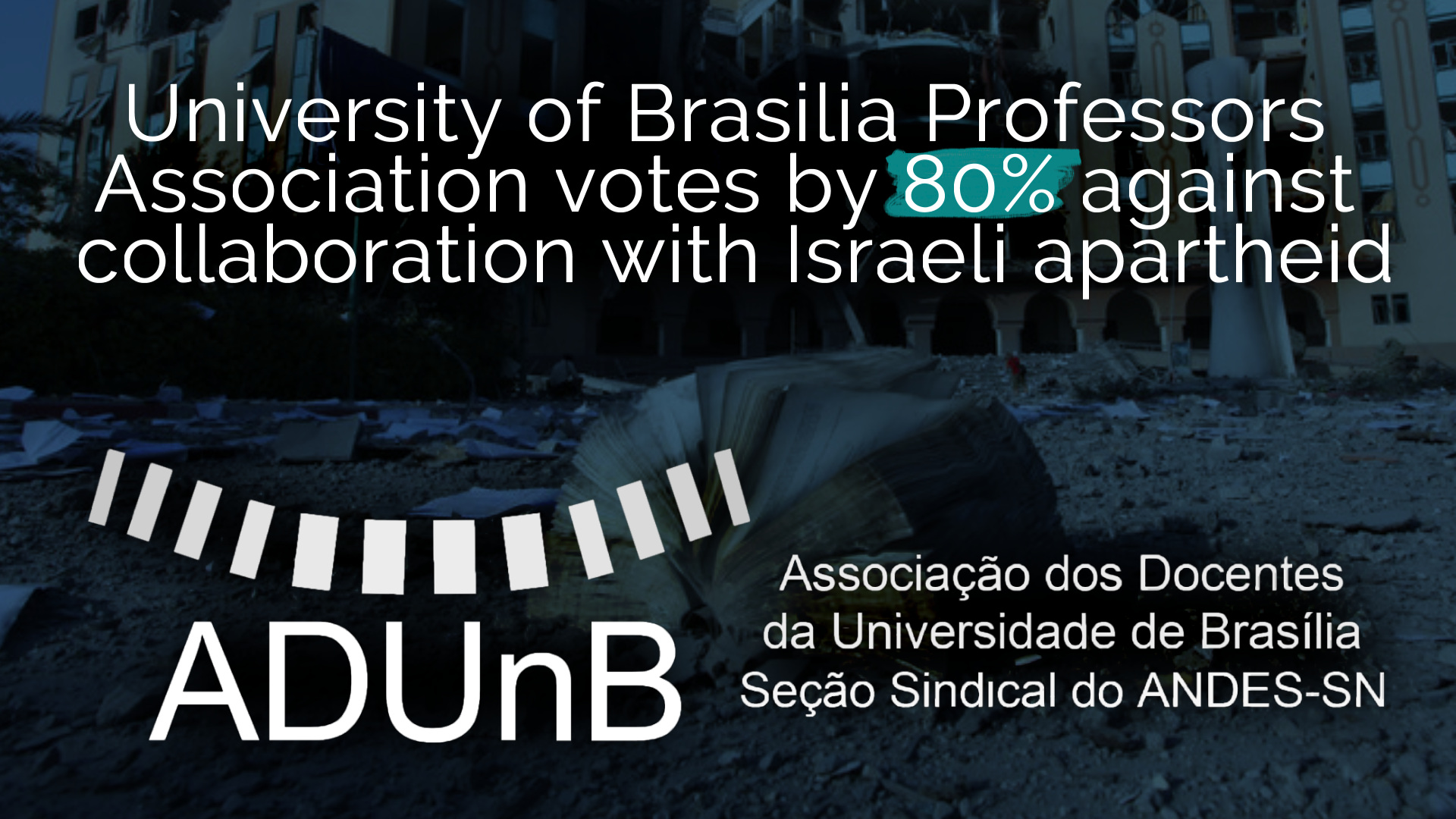 We welcome the decision of the Association of Professors of the University of Brasilia (ADUnB) to reject the collaboration of their university with complicit Israeli companies. ADUnB voted by more than 80% in favour of the motion during its General Assembly on Monday, March 22.

In February, the Office of the Rector announced a meeting with the Israeli ambassador in which proposals for cooperation were discussed, such as "strengthening the relationship with Israeli companies" through a presence in the Science and Technology Park of the National University of Brasilia. In response, a group of professors and students sent a letter of protest to the rector.

The motion passed by the professors association noted that the university administration had failed to communicate to the community which Israeli institutions and companies were involved and asked for clarification on their complicity in Israel’s regime of military occupation and apartheid.

"We are opposed to the proposed partnership because it entails cooperation with Israel, an apartheid state, a widely-known fact recently reiterated in the report of the Israeli human rights NGO B'Tselem," states the ADUnB letter organized by professors Odete Messa Torres, Muna Muhammad Odeh, Thiago Melo, Claudio Lorenzo and Carolina Calvo.

The motion was approved in the assembly with 35 votes in favour, two against and six abstentions.

The motion concludes: "(we) stand squarely against any cooperation with the apartheid state of Israel, which would violate fundamental principles, such as human rights, and international conventions. We, therefore, reiterate our call on  the rector not to tarnish the name of the university, but to maintain it as an apartheid-free space."

The Association of Professors of the University of Brasilia has taken a principled position in solidarity with the call from Palestinian academics, students and civil society, refusing to stand by as their university collaborates with Israeli apartheid oppressing millions of Palestinians.

The Palestinian BDS National Committee (BNC) calls for a boycott of Israeli and international companies that are complicit in violations of Palestinian rights. Virtually all Israeli companies are complicit to some degree in Israel’s system of occupation and apartheid.

The Palestinian Campaign for the Academic and Cultural Boycott of Israel (PACBI) calls on international academics to work for the cancellation of all forms of cooperation with complicit Israeli academic institutions, which play a key role in planning, implementing and justifying Israel’s regime of occupation, settler-colonialism and apartheid. 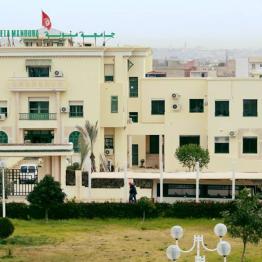