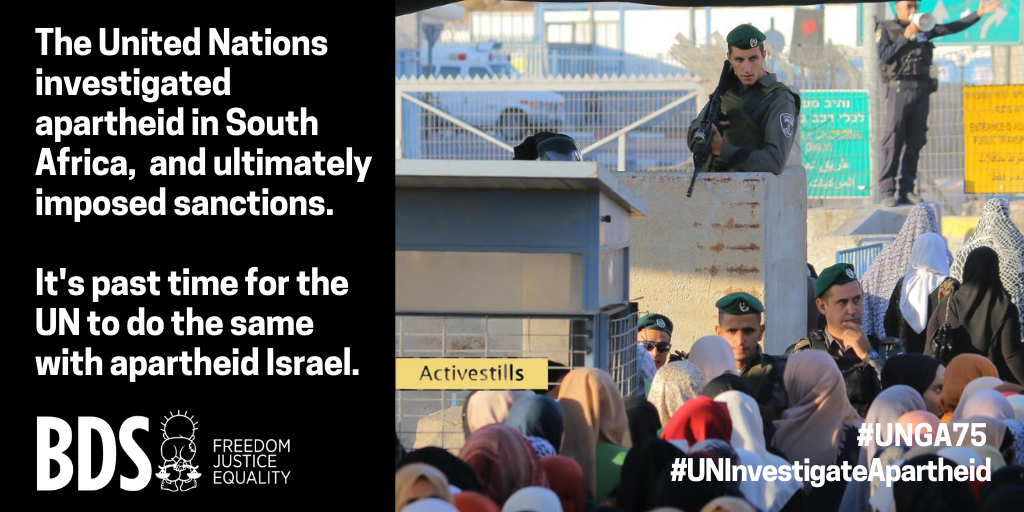 Representatives of governments from around the world are meeting this week at the United Nations headquarters in New York for the UN’s 75th General Assembly (UNGA). Palestinians and supporters of their rights need your help to ensure that the UNGA responds to the Palestinian demand for freedom, justice and equality.

Today, more than 452 global civil society organizations – unions, movements and political parties from tens of countries around the world –  released a letter calling on the UNGA and its Member States to launch international investigations into Israel’s apartheid regime over the Palestinian people, and to impose targeted sanctions by all States to stop Israeli apartheid and illegal annexation of Palestinian land.

Apartheid is a crime against humanity, and States are responsible for bringing the illegal situation to an end. The United Nations investigated apartheid in South Africa and imposed sanctions on the apartheid regime there, contributing to ending it. It’s past time for the UN to do the same with Israel.

Palestinians and supporters of human rights are organizing a week of action to give visibility to this civil society call opposing Israel’s regime of colonialism and apartheid, and we hope you can join in.

Join us and take action against racism, discrimination and apartheid. Save the date for the Thursday twitterstorm from 4-6 PM Palestine Time. 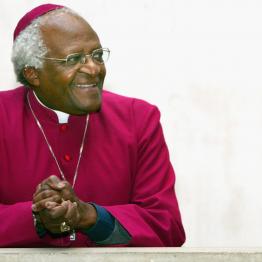 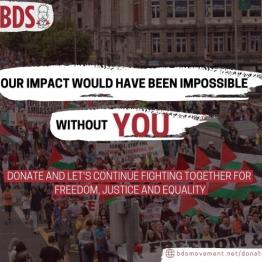 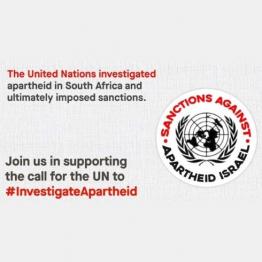 It's past time for #UNInvestigateApartheid