Prince William’s scheduled trip to Israel this summer would contravene seven decades of British policy against official visits to Israel by the royal family. Despite many invitations, the royal family has avoided visits to avoid giving a royal stamp of approval to Israel’s decades-old violations of Palestinian human rights. As Israel’s far-right government intensifies its violations of international law, this is no time to change this precedent. The UK should pressure Israel to end its violations of Palestinian rights and cancel Prince William's trip. 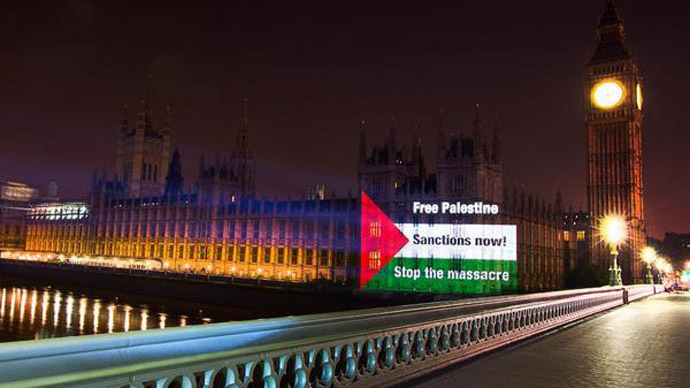 April 18, 2018 — On March 1, the British monarchy announced that Prince William will visit Israel as part of a regional trip this summer, becoming the first royal family member to do so. Palestinian civil society, as represented in the Palestinian Boycott, Divestment and Sanctions National Committee (BNC), calls on the UK Government to cancel Prince William’s visit to avoid adding insult to the many injuries inflicted by British imperialism on the indigenous people of Palestine.

The Israeli government has a well-documented record of using international visits to mask its grave human rights abuses. It will use this visit to cover up its ongoing piecemeal massacre against unarmed Palestinian protesters in Gaza demanding freedom and the UN-stipulated right of Palestinian refugees to return to their homes of origin.

“Royal-washing” Israel’s decades-old military occupation and apartheid against the Palestinian people is wrong. And it is exceptionally offensive when coinciding with the 70th anniversary of the 1948 Nakba, or catastrophe, when Palestinian society was destroyed and most Palestinians were ethnically cleansed, largely due to official British complicity in the Zionist settler-colonial project in Palestine.

Tens of thousands of Palestinians in the occupied and besieged Gaza Strip have been peacefully demonstrating since March 30, Land Day, demanding their rights. They have been met with Israeli army snipers who followed a shoot-to-kill-or-maim policy, killing more than 30, to date, including children, and injuring over 1,600, most with live ammunition.

Last November, Palestinians marked 100 years of the Balfour Declaration, which played a significant role in supporting and entrenching the colonization of Palestine. This fateful British declaration, issued with typical colonial hubris constituted a declaration of war against our people. It facilitated the birth of the exclusionary, supremacist state of Israel that maintains a regime of apartheid and systematically oppresses the indigenous Palestinian people, stripping us of our fundamental and UN-recognized rights, including the rights to return, equality and self- determination.

Since 1948, the British Foreign Office has requested that the British royal family not make official visits to Israel, despite many invitations, to avoid giving a royal stamp of approval for Israel’s decades-old violations of UN resolutions, international law and human rights. Prince William’s visit would shatter seven decades of British policy in this regard. Why now?

Has it ceased its construction of the illegal apartheid Wall and colonial settlements on occupied Syrian or Palestinian territory, including East Jerusalem?

Has it cancelled its dozens of racist laws that reduce Palestinian citizens of the state to second class citizens?

Has Israel respected the condition for its acceptance to the United Nations--namely the right of return for Palestinian refugees?

Far from ending these violations, Israel’s far-right government has intensified its violations of international law with an unprecedented sense of impunity, particularly since the election of the xenophobic Trump administration in the US.

Israel’s ongoing Nakba is made possible with massive military, economic and political support from western governments, including the UK. Ending the UK’s complicity with Israel’s regime of oppression, is no act of charity. It is a measure that was ultimately taken against apartheid South Africa, following grassroots pressure. It is also the UK’s legal obligation to refrain from aiding and abetting Israel’s serious violations of international law.

Instead of sending a royal family member to Israel, the UK should end arms trade with Israel, ban all trade with Israel’s illegal settlements and make amends for decades of official British complicity in Israel’s crimes against Palestinians.

We demand that the UK Government cancel Prince William’s trip to Israel. It is long past time to hold Israel accountable for its crimes against the Palestinian people. At the 70th anniversary of the Palestinian Nakba, the UK should repent and apologize for its own role in that crime and pressure Israel to end its violations of Palestinian rights. At the very least, it should not aid Israel in perpetrating them.