As Right-Wing Governments Unite, We Must Unite to Build A World Without Walls 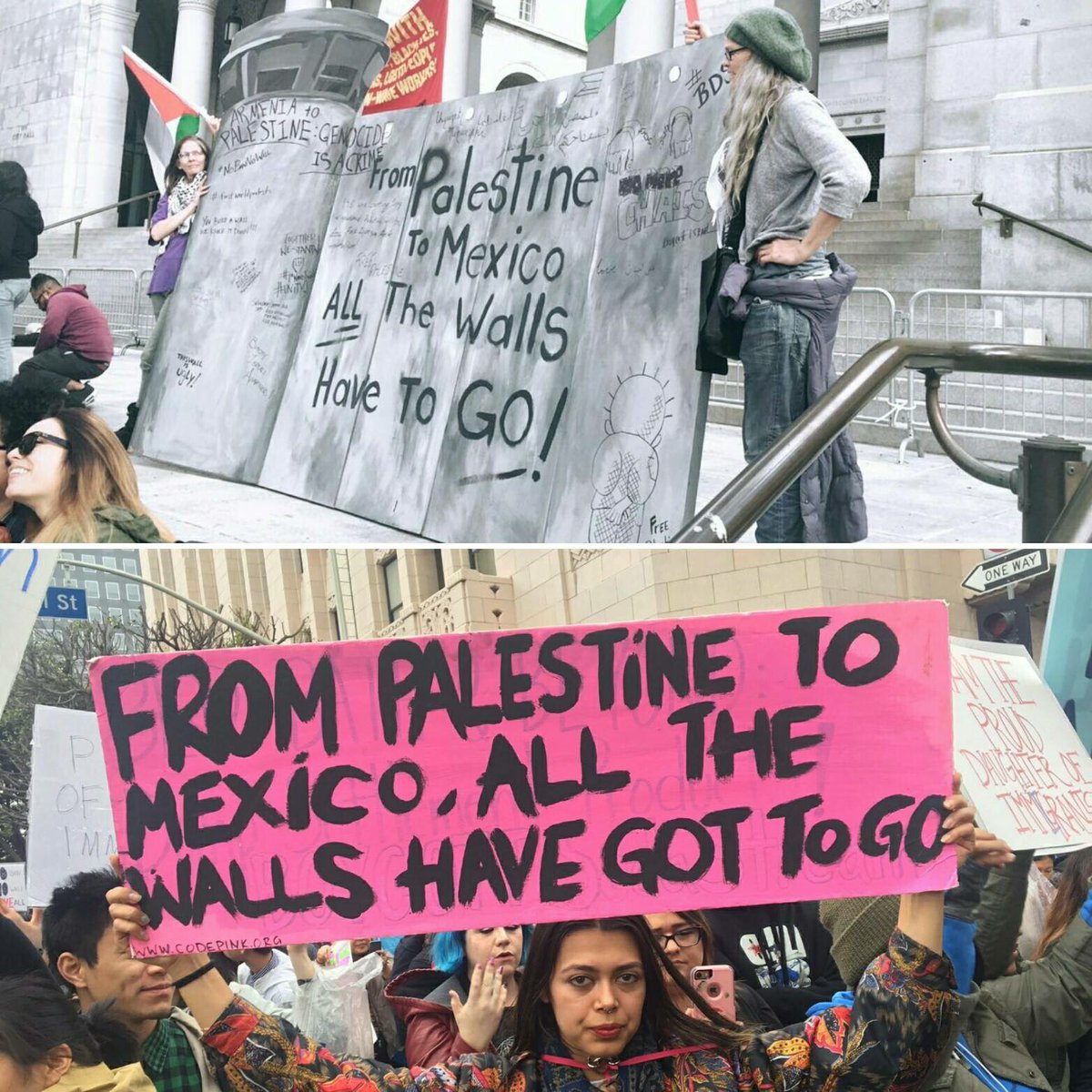 In particular, the latest contracts awarded by the Trump administration to Israeli military contractors commissioned to expand the wall at the United States’ southern border should be of great concern to all people concerned with human rights, whether in the United States, Palestine or beyond.

Israel Aerospace Industries subsidiary, Elta North America, has been awarded a contract worth up to $500,000 to build prototypes for the wall on the Mexico/U.S. border, while the U.S. subsidiary of the Israeli security and surveillance company Elbit Systems has received its third contract to build the U.S. border wall and to militarize the border area.

In 2014, the U.S. Department of Homeland Security awarded Elbit Systems a $145 million contract to erect and maintain surveillance towers along the Arizona/Sonora (Mexico) border. Already in 2006, Elbit had been subcontracted by Boeing to provide cameras and radar systems for the DHS’s Strategic Border Initiative. Earlier this month, Elbit announced a contract to deliver even more radar and surveillance towers to militarize the Mexico-US border area, boasting it offers “field proven architecture” tested on Palestinians.

Other Israeli companies such as Magal Security Systems are eagerly anticipating the opportunity to profit from the expansion of the U.S./Mexico border wall.

Israeli military and technology companies are exporting their expertise, acquired by illegally constructing Israel’s apartheid wall on occupied Palestinian land, and are now keen to also profit from repressing migrants at the U.S. border. By awarding contracts to these Israeli corporations and their subsidiaries, DHS is continuing a long history of the U.S. and Israel exchanging the worst repressive practices.

Palestinians have long endured Israel’s apartheid wall and illegal settlements built on our stolen land. So when we see images of the already-walled portions of the Mexico/U.S. border, we cannot help but see the striking similarity to Israel’s illegal wall, built to restrict Palestinian freedom of movement and to effectively annex 46% of the West Bank when completed, including its most fertile and water-rich parts.

When we Palestinians see how the escalating militarization of the Mexico/U.S. border obstructs migrants’ right to freedom of movement, we recall how Israel’s intense militarization of the occupied West Bank also restricts Palestinian freedom of movement. Israel’s military oppression manifests itself in the hundreds of humiliating checkpoints erected on Palestinian land illegally occupied for more than 50 years, and in the brutal 10-year siege of the Gaza Strip, where Israel uses walls and the full force of its military to create what many have called “the world’s largest open air prison”  to trap and suffocate 2 million Palestinians.

When we Palestinians see the indigenous Tohono O’odham threatened with displacement from their ancestral land on both sides of the U.S. southern border, we cannot but stand in solidarity with them and deeply empathize with their familiar plight. The majority of the indigenous Palestinians, after all, are still refugees who Israel has for seven decades barred from returning to their ancestral homes and lands.

While we recognize that the Trump administration is not unique in U.S. history in attacking migrant rights or in enabling and supporting Israeli violations of human rights, the entrenchment of these policies under the current far-right U.S. government, combined with the rise in overt xenophobia and racism, are creating an even greater human rights crisis at the U.S.-Mexico border.

The expanding far-right alliance between the Trump and Netanyahu administrations is leading to disturbing exchanges, including Netanyahu’s infamous January 28, 2017 tweet supporting the expansion of the Mexico/U.S. border wall. Netanyahu tweeted, “President Trump is right. I built a wall along Israel's southern border. It stopped all illegal immigration. Great success. Great idea.” This is only one example of how Israel (with support from the United States) has been central to promoting this new global era of walls. From India, to Saudi Arabia, Turkey, Western Sahara and Europe, the number of walls designed to forcibly define and seal borders has nearly tripled over the last 20 years.

In particular we call on our partners to:

The BDS movement rejects all forms of racism and racial discrimination, including the racism and xenophobia driving the U.S. militarization of this Mexico/US border.

The Palestinian BDS National Committee (BNC) is the largest coalition in Palestinian civil society. It leads and supports the global Boycott, Divestment and Sanctions movement. Follow us on Facebook and Twitter @BDSmovement