Here’s a short-list of moments in 2018 demonstrating growing recognition of Israel’s crimes against the Palestinian people and inspiring efforts around the world to hold Israel accountable for its gross violations of human rights. Support for Palestinian rights has grown in parliaments, city councils, universities, trade unions, cultural institutions, among artists and bands, and well beyond. Together, we grow it stronger every day. 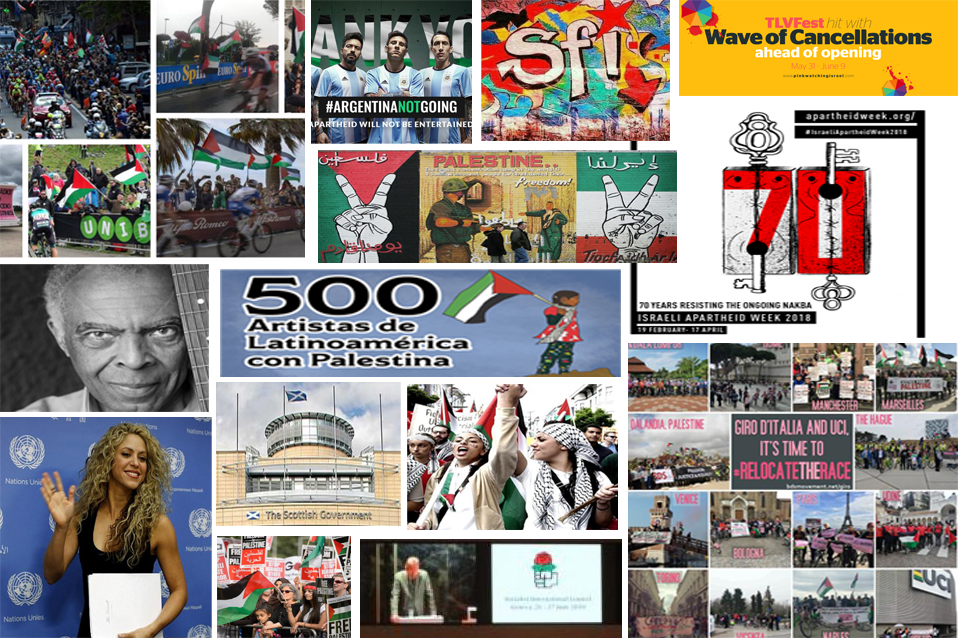 Here are 70 highlights of solidarity and BDS for Palestine in 2018. We highlight 70 moments of hope on this year marking the seventieth anniversary of the ongoing Nakba, or “Catastrophe,” wherein indigenous Palestinians faced mass expulsion from their homes to establish a Jewish-majority settler-colonial state.

Many of the responses below followed Israel’s massacre of 60 Palestinians in Gaza on May 14, 2018, as the world watched Israeli snipers gun down Palestinian demonstrators simply for asserting their right as refugees to return home and to live in freedom.

Amidst this tragedy and ongoing Israeli repression, we take great heart in the fact that calls to stop arming Israel and to hold it accountable for its crimes are growing stronger in the grassroots and also entering the mainstream.

Governments, city councils, Members of Parliament and political parties in several countries work to impose a military embargo on Israel, as was done against apartheid South Africa. Others seek to revise or stop arms sales and training with the Israeli military.