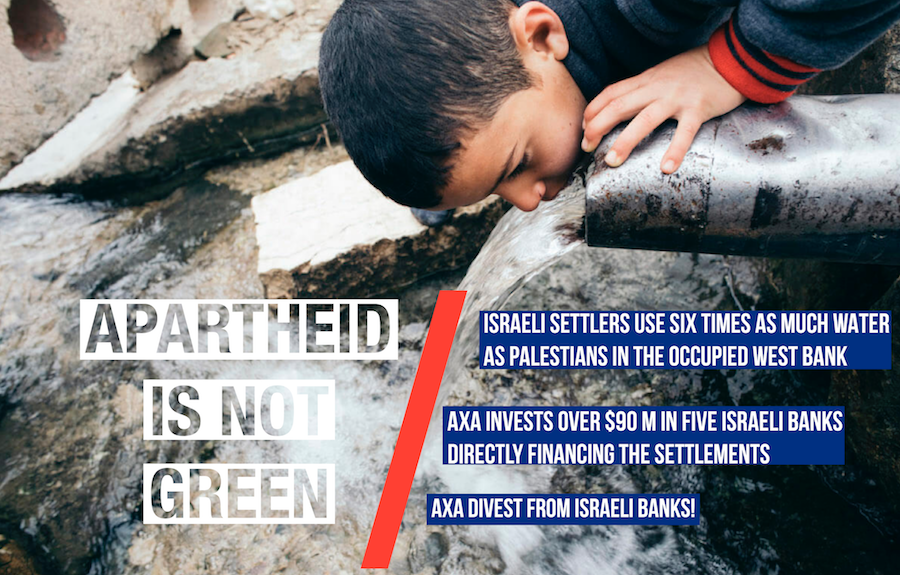 The 4th global Climate Strike today falls on the same day as the UN Day of Solidarity with Palestinian People. This coincidence reflects an important reality - Palestine is also a climate justice issue.

Both the climate crisis and Israeli apartheid are fueled by governments and corporations that put profit before people and planet. The French insurance giant AXA is one example.

Indigenous Palestinians, living under Israeli occupation and apartheid, have no control over our land or natural resources. Israel’s illegal settlements consume six times more water than Palestinians, and since 1967, Israel has uprooted 800,000 olive trees.

Remind AXA: We won’t stop mobilising until it fully divests from Israeli apartheid and fossil fuels

Israeli apartheid is not green. 97.7% of Israel’s electricity comes from fossil fuels. Warfare, a pillar of Israel’s economy, is one of the world’s most polluting industries.

The struggles against racism and militarization, and for climate, economic and social justice are profoundly interconnected. Join mobilisations on November 29th to call for respect of Palestinian rights and an end to fossil fuel use. 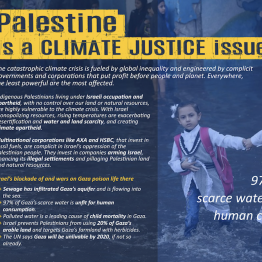 Palestine is a climate justice issue - Israeli apartheid is not "green" 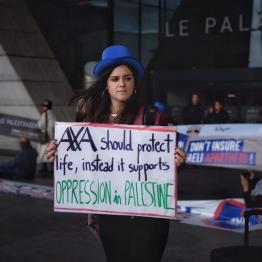