Take Action: Mark 72 years since the Nakba with #KeyToJustice

On May 15th, join a collective action marking the Nakba and joint global struggles for rights by posting a photo holding a key of return with #KeyToJustice. 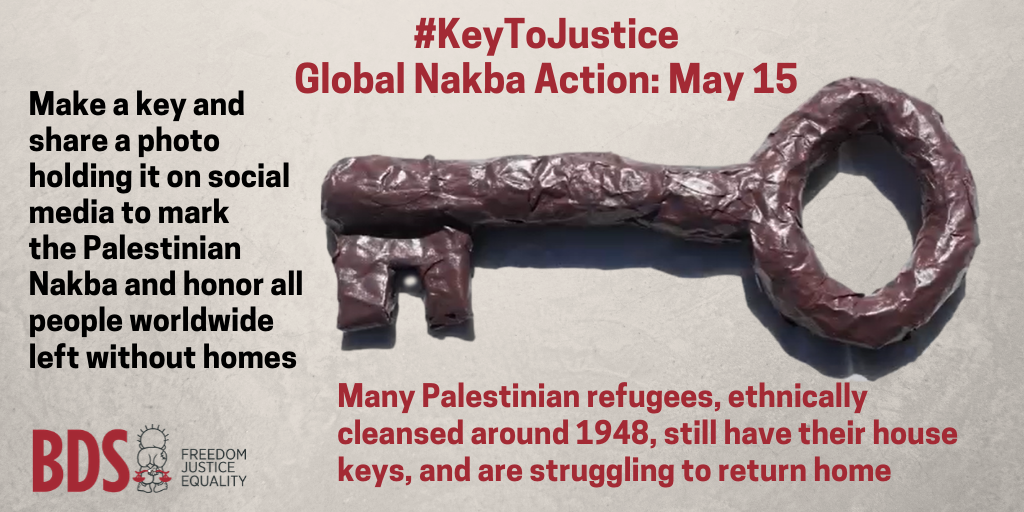 On May 15 Palestinians will mark the Nakba (catastrophe), the ethnic cleansing and forcible displacement of a majority of the indigenous Palestinian population by the Zionist movement for the establishment of Israeli apartheid on the ruins of Palestinian society. Seventy two years later the Nakba continues, as Israel has become a full-fleged regime of apartheid with the support of complicit states, corporations and institutions. Israel's continuing siege and attacks on the Gaza Strip and the far-right Israeli government's plans to illegally annex parts of the occupied West Bank call for vigorous global mobilisation in support of Palestinian rights

This May 15th, we invite you to join in a collective action marking the Nakba and our joint global struggles for rights. Take a photo of yourself holding a key of return. Share the photo on social media using the hashtag #KeyToJustice. We will share some of these posts on social media.

As Israel's apartheid regime uses the cover of the COVID-19 crisis to further discriminate against and oppress the Palestinian people, hundreds of thousands of people continue to die worldwide due to the virus which disproportionately affects the poor, the homeless, migrants, refugees, and those living under militarization and occupation.

Many Palestinian families still have the keys to the homes they were forced to leave in the Nakba of 1948. The key symbolises the inalienable right of Palestinians to return to their homes. We will take it further, holding the key as a symbol for all those left without homes, facing brutalities and resisting erasure, and as a symbol for the connectedness of our struggles for equality, dignity and freedom. Our collective mobilisations will help turn the key to justice.

Learn how to make a key at home with this do-it-yourself video in English.

The do-it-yourself video is also in Arabic and English.

We are staying at home during the lockdown, but our solidarity will not be confined. 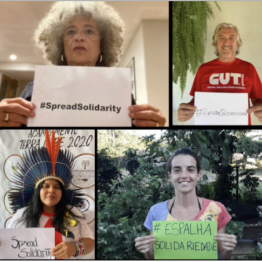 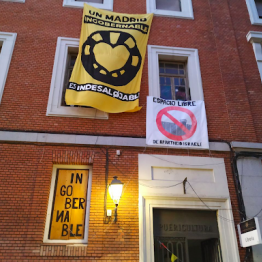