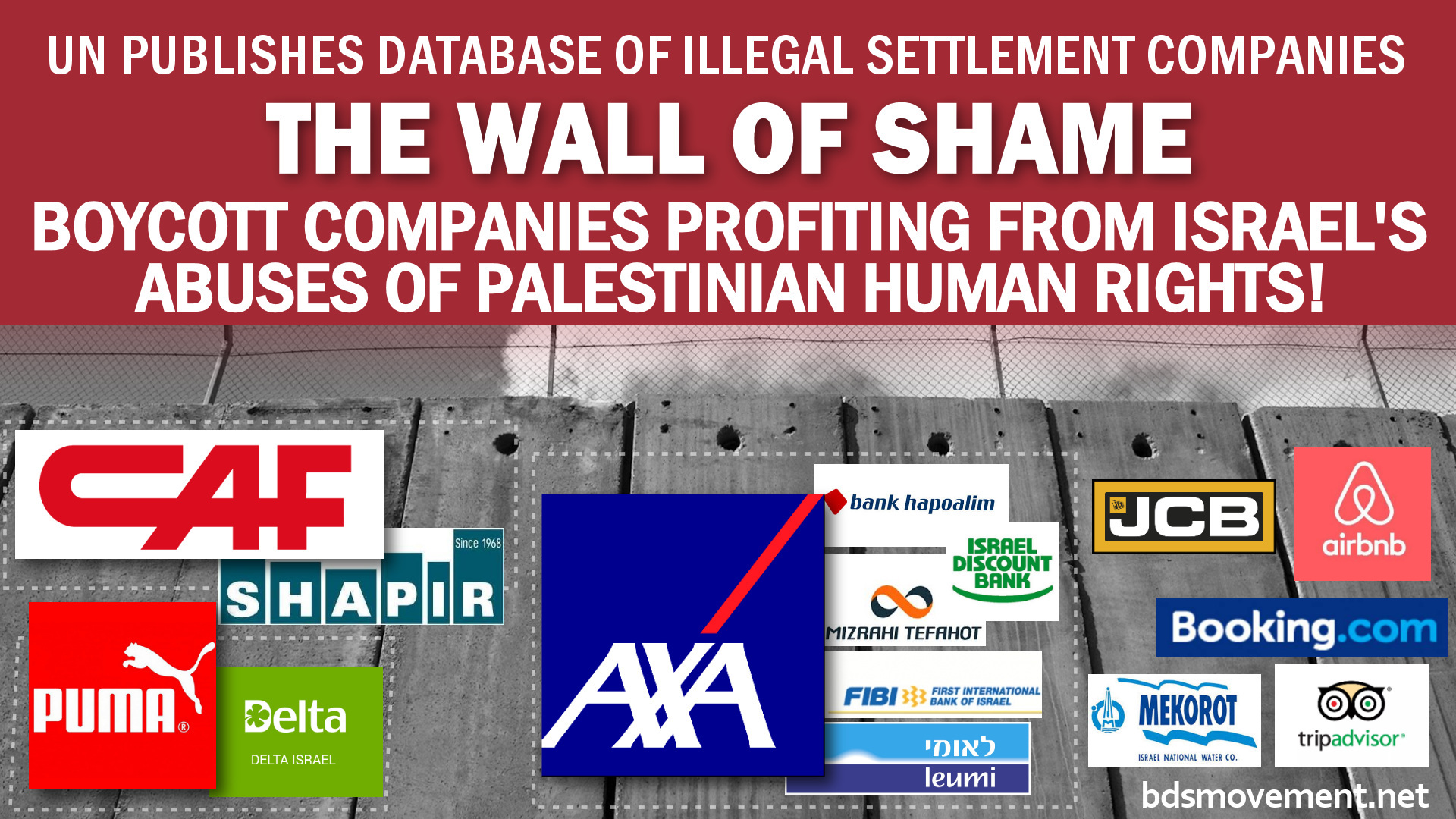 Palestinian civil society welcomes this long-awaited UN list of companies that are complicit in Israel’s illegal settlement enterprise, which constitutes a war crime under international law. We thank all human rights organizations that worked tirelessly for the release of such an important instrument of transparency and accountability.

Upholding international law is the one appropriate response to attempts by authoritarian and far-right regimes, led by the Trump White House and Israel’s extremist government, to undermine human rights and the rule of law and enforce domination by the most powerful instead.

Recognizing the important role that the UN played in ending apartheid in South Africa, we view the release of this database as a first significant and concrete step by any UN entity towards holding to account Israeli and international corporations that enable and profit from Israel’s grave violations of Palestinian rights.

Nonetheless, numerous companies and banks involved in direct or indirect business activities in or with settlements are not yet included in the database. G4S, Hewlett Packard companies, Elbit Systems, Caterpillar, Hyundai Heavy Industries, Volvo, Heidelberg Cement, and Cemex are among many other high-profile companies that are irrefutably implicated in Israel’s illegal settlement enterprise, as meticulously documented by human rights groups, the independent Israeli research group WhoProfits and the US project of the American Friends Service Committee Investigate. Yet they are missing from the UN list.

We call on continued grassroots and civil society pressure on OHCHR to comply with the Human Rights Council Resolution 31/36 by resisting political pressure, whether from the US, European states or Israel, and committing to constantly updating the public list.

No international or Israeli company that is complicit in enabling, facilitating and profiting from Israel’s regime of oppression should enjoy impunity.

It is high time for all public institutions, city councils, churches, trade unions, cultural organizations, universities, investment funds, and others to stop contracting, procuring from or investing in any of the companies on the UN list of shame, to avoid complicity in Israel’s settlement enterprise.

The BDS movement for Palestinian rights will continue our peaceful struggle, supported by people of conscience worldwide, for freedom, justice, equality and for ending all complicity in Israel’s decades-old regime of military occupation, settler-colonialism and apartheid.

70 Basque groups to CAF: get off Israel’s apartheid train! 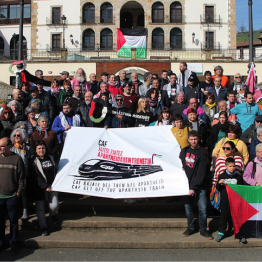 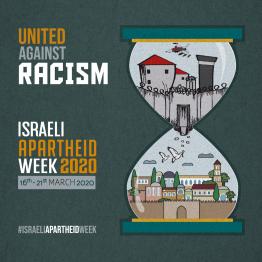