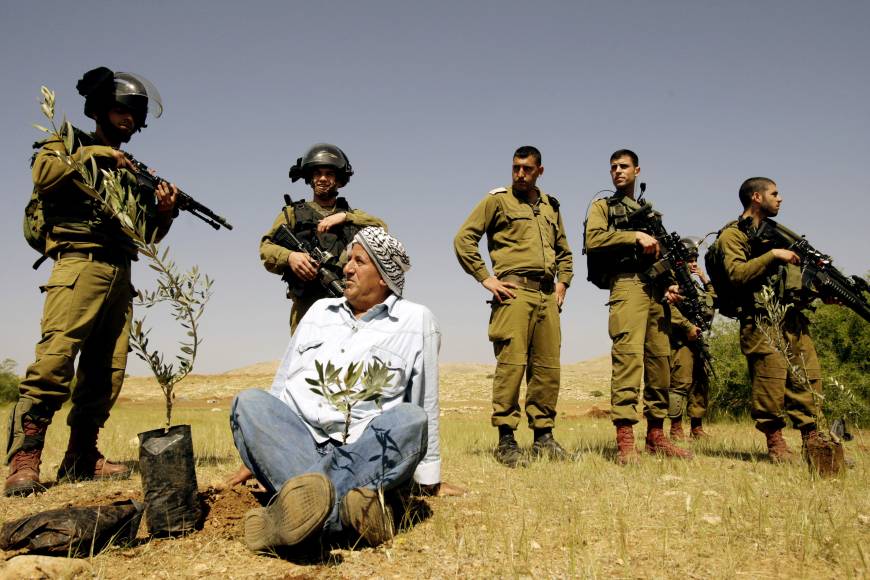 October 12, 2017 — In an open letter, prominent chefs from Palestine and nine other countries called on their colleagues to withdraw from the upcoming Round Tables culinary festival in Tel Aviv. This festival is sponsored by the Israeli government and is in partnership with Dan Hotels, which has a hotel built in an illegal settlement on stolen Palestinian land in occupied East Jerusalem.

Between October 29 and November 17, fourteen world-renowned head-chefs will spend a week cooking in Tel Aviv as part of the Israeli government's public relations effort to use this international event to distract attention from its military occupation and apartheid policies.

Round Tables —  dubbed “gastro-diplomacy” —  is part of the Israeli government’s “Brand Israel” propaganda campaign, launched in 2005 to distract the world’s attention from Israel’s oppression and denial of Palestinian human rights through the use of culture and arts.

The chefs added that their work is about “creating inspiring, beautiful culinary experiences for people,” pointing out that the “Round Tables festival is no place for chefs who care about indigenous peoples’ having access to their farm lands and traditional food ways.”

Thaer Shaheen, a Palestinian chef at Darna, one of Ramallah’s most well-known restaurants, said:

This year’s edition of the Round Tables festival features farm-to-table food. Whose farms, and whose tables? Israel has systematically destroyed Palestinian farms and farming as a whole and continues to deny farmers access to their lands. This is evident in Israel’s persistent attacks on the annual olive harvest which is taking place now. We, the indigenous people of the land, cannot access our lands and farms. If the chefs really care about the values of the farm-to-table movement, including Palestinian farms and tables, they will withdraw from this event.

Ora Wise, a New York-based chef at Harvest & Revel and signatory of the letter, added:

As a chef, I hope for the day that my colleagues join me in valuing Palestinian life and culture as much as we value hummus, za'atar, and falafel. Round Tables by American Express claims to be introducing international chefs to "the multicultural and ethnic culinary heritage of Israel" while Palestinians are not only excluded from the table, they also continue to be violently denied access to their homes and farmlands.

Wise made a personal appeal to the chef of Pok Pok Ny restaurant from her home city:

Nobody can produce or enjoy good food within an apartheid system that destroys the very things any respectable chef believes in —  celebration of distinct cultures, sustainable agriculture, preservation of local food traditions, and fair and dignified labor conditions. If Andy Ricker truly values any of this, he will refuse to participate in this Israeli government-sponsored PR stunt and would be a better chef and food entrepreneur because of it.

Over 180 civil society groups also signed a letter urging chefs to cancel their participation in this culinary propaganda festival that serves to whitewash Israeli violations of Palestinian human rights.

Following appeals from concerned members of the public, Irish chef JP McMahon announced he has withdrawn his participation from this year’s Round Tables festival.

The full letter can be found here.

The Palestinian Campaign for the Academic and Cultural Boycott of Israel (PACBI) was initiated in 2004 to contribute to the struggle for Palestinian freedom, justice and equality. PACBI advocates for the boycott of Israeli academic and cultural institutions, given their deep and persistent complicity in Israel’s denial of Palestinian rights as stipulated in international law. Visit PACBI and follow us on Twitter @PACBI