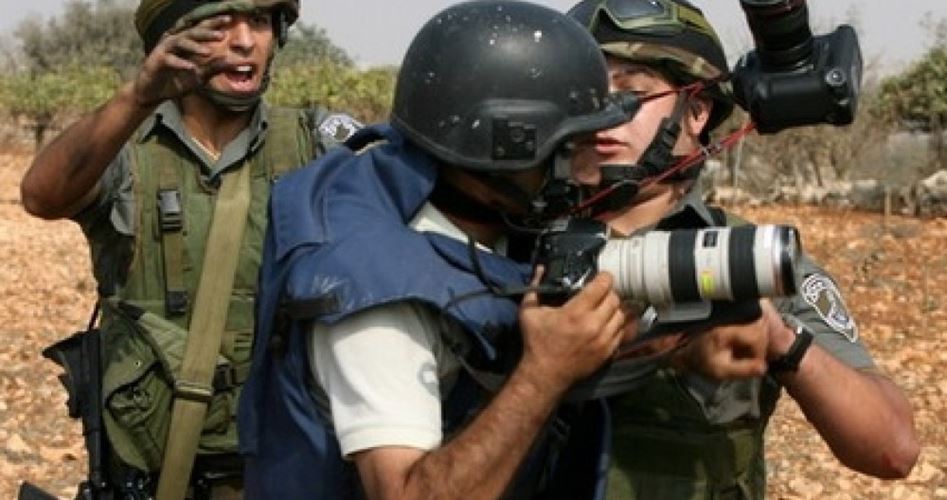 On World Photography Day, over 40 Portuguese photographers, teachers of photography and photography students have launched a pledge not to accept professional invitations or financing from the State of Israel and to refuse to collaborate with Israeli cultural institutions complicit in Israel’s regime of occupation, colonialism and apartheid.

The pledge is the first of its kind and follows similar pledges to boycott Israel culturally by hundreds of high-profile artists in the US, UK, South Africa, Canada, Switzerland and France. The photographers pledge to boycott Israel until it “complies with international law and respects the human rights of Palestinians.”

Among the pledge supporters are João Pina, winner of the 2017 Prémio Estação Imagem Viana do Castelo, Portugal’s only photojournalism award and Nuno Lobito, TV personality and one of the most travelled Portuguese of all times (204 countries, 193 recognized).

The pledge comes in response to the 2006 call from Palestinian artists and cultural workers, including journalists and photographers, for a cultural boycott of Israel due to its use of culture to whitewash the oppression of Palestinians.

The cultural boycott of Israel is part of the global the Boycott, Divestment and Sanctions (BDS) movement, which is modeled after the South African anti-apartheid boycott campaign. The Palestinian-led BDS movement has seen impressive growth into the mainstream in the past few years.

Having witnessed first-hand the crimes Israel is committing daily against Palestinians, signing up to this initiative has become a natural step. It is fundamental to promote this effort through all means possible.

Palestinian photography artists are not exempt from the brutality of Israel’s occupation. Artists have been denied visas by the Israeli military establishment, preventing them from participating in conferences and performances internationally. Artists have also been detained at checkpoints, arrested, had their equipment broken, and exposed to the same violence perpetrated by the Israeli army on all Palestinians.

In 2014, Israel was considered the second most lethal country for journalists. Israel continues to step up its attacks against journalists in 2017. Last April, Israeli police fractured the ribs of AFP photographer Ahmad Gharabli and smashed two of his cameras. He was among six photographers targeted by the Israeli authorities on the same day. In May, an Israeli settler shot Majdi Mohamed, photographer for the Associated Press, while he was covering an Israeli incursion in Nablus. Israel’s attacks against Palestinian and international photographers are part of a systematic policy and have been perpetrated with impunity.

It is time for Israel’s brand of apartheid to enjoy the same treatment as South African apartheid and be target of a comprehensive internacional boycott until it respects human rights. Photographers can no longer be silent about the treatment of their Palestinian colleagues living under an indefensible occupation that has lasted for over half a century. Palestinians have called for solidarity through boycotts and this pledge is our practical contribution to their struggle.

The history of photography is full of examples, from the 19th century to today, of photographers who gave their sight to the service of the oppressed and destitute.

For João Henriques, winner of the 2015 Fnac New Talents Award, “to participate in this solidarity initiative for Palestine is to believe in the power of photography to provide testimony, to create conscience and to have empathy for the Other.”

In 2011, Queer Lisboa International LGBT Festival dropped its Israel sponsorship following a BDS campaign. This year, BDS activists called on the Almada Festival to cancel a collaboration with the Israeli government and its Brand Israel whitewash campaign.

Full text of the pledge:

We support the Palestinian struggle for freedom, justice and equality. In response to the call from Palestinian photographers,  journalists and cultural workers for a cultural boycott of Israel, we pledge to accept neither professional invitations to Israel, nor funding, from the Israeli state and to refuse to collaborate with Israeli cultural institutions linked to its government until Israel complies with international law and respects the human rights of Palestinians.

The photographers’ pledge to boycott Israel is work-in-progress. Portuguese photographers wishing to add their name to this initiative should write a message to: [email protected]org