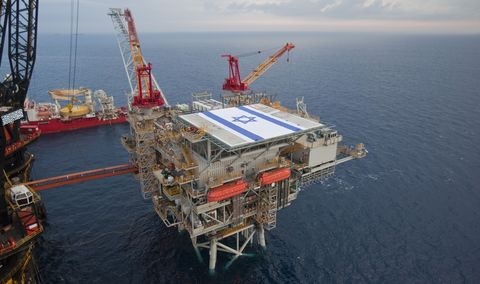 Occupied Palestine, 31 August 2016 – While strongly supporting the aspirations of the people of Turkey to restore and enhance democracy and respect for human rights and international law, the Palestinian BDS National Committee (BNC), denounces the rapprochement agreement signed in June by the Turkish government with Israel and ratified by Turkey today. This agreement undermines internationally-sanctioned Palestinian rights and aspirations.

The Turkish government recently submitted the agreement to Parliament, which, in turn, approved to normalize relations between Turkey and Israel.

At a time when Turkey is facing substantial challenges, Palestinians are calling on the people of Turkey to reject the strengthening of ties with Israel, a regime of occupation, settler-colonialism and apartheid, with its brutal model of militarization, war-mongering and deeply-seated racism.

The BNC, the broadest coalition in Palestinian civil society that leads the global Boycott, Divestment and Sanctions (BDS) movement, calls upon the Turkish government to refrain from collaborating with the Israeli regime of oppression in its violations of Palestinian human rights. The BNC also calls upon Turkish oil and gas companies not to be complicit in the Israeli energy sector’s pillage of Palestinian and Syrian natural resources and its illegal denial of the right of Palestinians to access these resources.

While deeply grateful for the widespread solidarity with Palestinian rights among the people of Turkey, the BNC condemns the Turkish government’s decision to deepen relations with Israel, rather than seek to hold it accountable for its war crimes against the Palestinian people.

Two years after Israel’s summer of 2014 massacre of Palestinians in Gaza, Turkey abandoned a range of measures against Israel it had imposed following the bloody attack on the Freedom Flotilla in 2010 in which nine humanitarian activists were killed by Israeli commandos. These measures included a suspension in military relations with Israel. Now Turkey has moved to normalise diplomatic relations with Israel without achieving the main condition that it had set for normalising relations, namely an end to Israel’s criminal siege on 1.8 million Palestinian residents of the Gaza Strip.

The discovery of large gas reserves in the Eastern Mediterranean could allow Israel to expand its influence in the region by becoming a major energy exporter. Israel is now seeking partners to which it can export its gas and

through which its gas can reach the European markets, despite regional disputes on Israel’s claims to some gas fields and the potential legal quagmires that may result from them.

There is an ongoing maritime border dispute between Israel and Lebanon over some of the discovered oil fields in the Mediterranean. Israel is seeking to prevent Lebanon from extracting gas sitting within Lebanon’s territorial waters. In the occupied Syrian Golan Heights, Israel has begun extracting oil in direct violation of international law and a 2006 UN resolution affirming the “inalienable rights” of the Syrian-Arab population in the Golan over its natural resources.

The Turkish-Israeli rapprochement agreement opens up the possibility of Israel exporting natural gas to Turkey. This has been a primary objective for the Israeli regime for several years and is manifest in Israeli Prime Minister Netanyahu’s joint remarks with US Secretary of State John Kerry that the rapprochement has “immense [positive] implications for the Israeli economy”.

Netanyahu has emphasised that the rapprochement deal is of strategic importance to Israel as it would feed Israel’s coffers “with a huge fortune”. Israel had sought to export its natural gas finds to Jordan and Egypt against strong popular opposition.

Any energy collaboration with Israel also serves to strengthen Israel’s deliberate attempts to prevent Palestinians from utilising Gaza’s gas reserves, which were discovered in 1999 less than 20 nautical miles off its coast. The Israeli siege imposes a six-mile limit on Palestinian territorial water, thus illegally prohibiting Palestinians from accessing and developing their natural gas resources for domestic supply and much needed domestic revenues.

Israeli government ministers have been caught on record saying that Israel’s siege and war on Gaza are partially linked to its plans for the gas reserves off the shores of Gaza. In the 2014 assault on Gaza, Israel murdered over 2,200 Palestinians and bombed the only power plant, leaving the besieged Strip under inhumane conditions with electricity cuts of more than 20 hours per day.

A report by Palestinian human rights organisation Al Haq notes that “The determined efforts of Israel to impede development in the OPT, by leasing rights over natural resources to corporations, violates the right to development as outlined in the Declaration on the Right to Development.” Al Haq adds, “Israel’s unlawful appropriation, exploitation and prevented development of oil and gas resources constitute plunder and further breach Palestine’s right to self-determination.”

The report makes clear that, “By their actions, international corporations and states concluding pipeline agreements to export gas from Israel’s Tamar and Leviathan fields […] will effectively support and profit from Israel’s continued illegal closure of Palestinian maritime waters.”

Any energy collaboration with Israel by Turkey or by Turkish oil and gas companies would aid, abet and fund Israel’s occupation, and expansion of illegal settlements and other human rights violations through the payment of royalties to the Israeli government.

The BNC calls upon the people of Turkey, with their long history of supporting the struggle for Palestinian rights, to escalate BDS campaigns against Israel’s regime and corporations that enable its violations of international law and to oppose any public or private involvement by Turkey in Israel’s illegal plunder of Palestinian natural resources.
The Israel-Turkey rapprochement agreement undermines efforts for achieving freedom, justice and dignity for the Palestinian people.