Palestinian artists ask Thom Yorke of Radiohead, "Can you hear us?"

In a letter to Radiohead lead singer Thom Yorke, Palestinian artists remind the band it's never too late to come round to the right side of history. 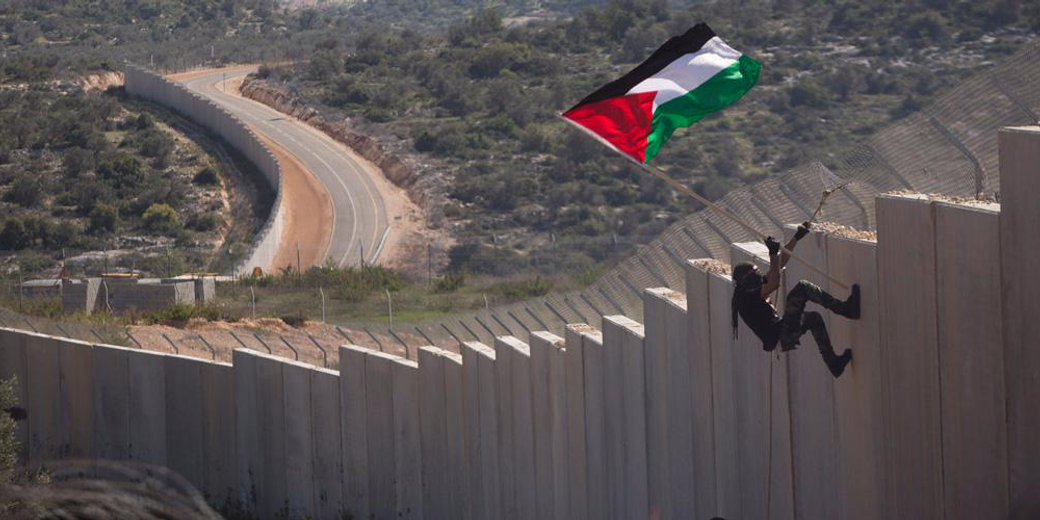 We are Palestinian artists and we write to ask just one thing, as many others have asked, that you respect the wishes of the absolute majority of Palestinian civil society and do not cross the picket line we have clearly marked.

Our call to boycott came in response to decades of Israel's human rights violations, its apartheid policies, ongoing ethnic cleansing, home demolitions, the denial of refugee rights, the 10-year siege of Gaza and the illegal settlements in the occupied West Bank. Israel’s regime subjects us to fragmentation, to occupation, and settler-colonialism.

As Palestinian artists our freedoms of assembly and of expression, as well as our other human rights, are severely limited by Israel’s regime. We are forced to wait for hours at one of the many military checkpoints dissecting the occupied West Bank, unable to travel to rehearsals and performances, let alone international engagements. In Gaza, we are held under a decade-long siege, a blockade designed to keep us “on a diet”.

Generations of Palestinian families remain refugees from the Nakba, “catastrophe”, when in 1948, through a planned campaign of ethnic cleansing, Palestinians were removed from Palestine. Which brings us to the concert you have scheduled on the ruins of a Palestinian village, Jarisha. Most Palestinians could not attend your show of course, trapped within the brutal machine of Israel’s occupation, and living in refugee camps outside of historic Palestine, still denied entry to their homeland through Israel’s racist laws, which prevent us from exercising our fundamental right to return.

It's not proving possible for you to preserve your status as a politically progressive band and continue to be used by the Israeli government in this way. The state of Israel’s official social media channels have endorsed your very words that dismissed our calls on you to engage with us. Perhaps you intend to say something from the stage in Tel Aviv, although you may not again refer to “some fucking people”. But it is your very presence that is the endorsement of the regime’s clear policy of whitewashing its crimes against Palestinians through cultural means. No matter what you say, you cannot change the fact that you will have chosen to reject dialogue with Palestinians, who called on you to cancel.

Simply stating you do not endorse Netanyahu does not change that the Israeli government will use, and is already using, your performance and status for specific political ends, that is: diverting from its crimes against Palestinians. As Israeli foreign ministry official Nissim Ben-Sheetrit said in 2005: "We see culture as a hasbara [propaganda] tool of the first rank, and I do not differentiate between hasbara and culture". Your performance and others like it are crucial to the ‘Brand Israel’ programme. As the Jerusalem Post wrote last week, your comments have been some of the ”best hasbara Israel has received lately”.

Just as all progressive artists boycotted Sun City in apartheid South Africa, Palestinians have called on you to boycott Tel Aviv, asking that you refuse to participate in beautifying the regime of occupation and apartheid that exists and that denies Palestinians our inalienable rights. That you have so far entirely and consciously ignored the voices of the absolute majority of Palestinian society, including almost all prominent artists, who have called for a cultural boycott of Israel, is disheartening Thom, but it is never too late.

You can choose to either entertain Israeli apartheid regardless of the appeals from the colonised and brutalised Palestinians, or to be on the right side of history, refusing to be used to prolong injustice and colonial oppression. You cannot choose both.

It's never too late to come round to the right side of history.