September 4, 2017
/ By
Palestinian Campaign for the Academic and Cultural Boycott of Israel (PACBI)
/
Belgium, UK, Portugal

European professors and academic institutions urged to end cooperation with the EU-funded project over involvement of Israeli institutions known for illegal detention practices, routine torture, and violence against Palestinians. 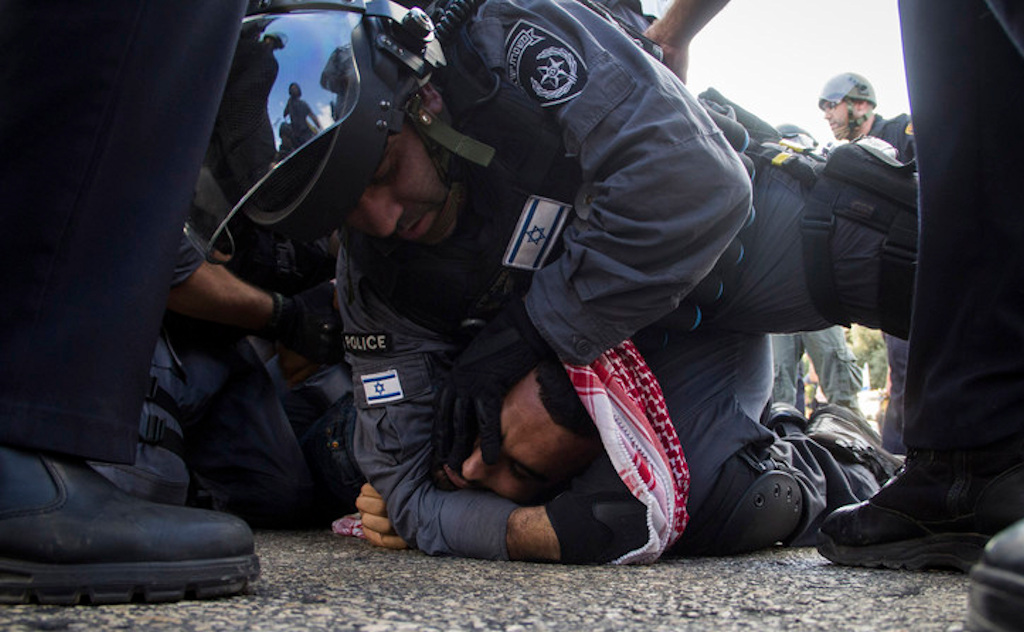 Occupied Palestine -- The Palestinian Federation of Unions of University Professors and Employees (PFUUPE) and the Palestinian Campaign for the Academic and Cultural Boycott of Israel (PACBI) call on European professors and academic institutions to immediately withdraw their participation from LAW TRAIN, a project aimed at unifying police interrogation methodologies while ignoring grave human rights violations.

We call on Belgium’s KU Leuven University, Portugal’s INESC-ID research institute, and UK academics who sit on the project’s advisory board to immediately end their involvement in the program out of respect for international law, and Palestinian human rights.

LAW TRAIN  is a joint EU-funded project with the Israeli Ministry of Public Security, the Israeli National Police and Israel’s Bar Ilan University.

The Israeli National Police, which includes the infamously brutal Border Police unit, is deeply implicated in war crimes, extrajudicial executions and illegal violent attacks against Palestinians, including the brutal abuse of children detainees, as documented by Human Rights Watch. The police is also responsible for fostering a culture of impunity for Jewish-Israelis who terrorize or otherwise attack Palestinian civilians. In 95% of such attacks, the police fail to charge offenders.

The presence of the headquarters of the Israeli National Police on occupied Palestinian territory in East Jerusalem constitutes a serious violation of international law that amounts to war crimes. This implicates European participants in LAW TRAIN in violations of international law. It also risks violating the EU’s own policy of nonrecognition of Israeli sovereignty in the OPT and EU guidelines for participation in research programs, since the EU Commission has not been able to confirm that the project’s activities are not taking place on illegally occupied land.

Bar Ilan University is deeply complicit in Israel’s oppression of Palestinians. It maintains close ties with the Shin Bet, Israel’s security services, which has been condemned by the UN Committee Against Torture for its use of torture and other illegal interrogation tactics.

Cooperation with these institutions through LAW TRAIN not only disregards Palestinians human rights; it provides a green light for these torture methods to continue, and worse yet, presents them as an example to follow in Europe.

We write to you after more than one thousand Palestinian political prisoners sustained a 40-day hunger strike this summer in protest of Israel’s inhumane conditions including torture, denial of medical care and routine solitary confinement, in which the Israeli National Police and Israeli Ministry of Public Security are directly involved. Israel currently imprisons around 6000 Palestinian political prisoners including 300 children, many of whom are held without trial or charge.

Last August, following civil society pressure, the Portuguese government withdrew all involvement from LAW TRAIN, and we urge other European partners in the project to follow suit.

We call on Belgium’s KU Leuven University, Portugal’s INESC-ID research institute, and UK academics who sit on the project’s advisory board to end their facilitation of Palestinian human rights violations by immediately withdrawing from LAW TRAIN. 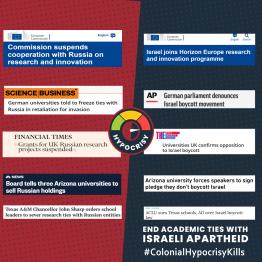