March 20, 2018
/ By
Palestinian Campaign for the Academic and Cultural Boycott of Israel (PACBI)
/ 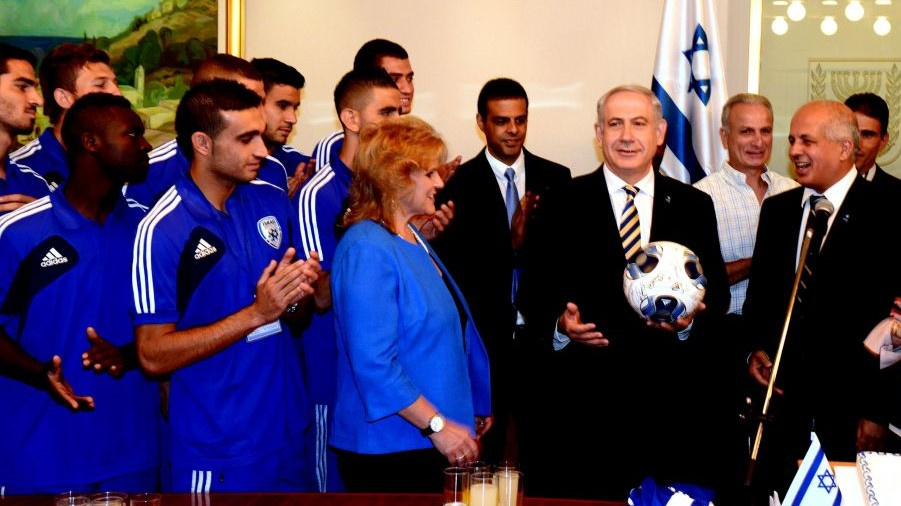 Today, over 130 Palestinian football clubs and sports associations called on German sportswear giant Adidas to end its sponsorship of the Israel Football Association (IFA) over its inclusion of football clubs based in illegal Israeli settlements built on stolen Palestinian land.

In a letter addressed to Adidas CEO Kasper Rørsted, the Palestinian clubs cautioned that as “the main international sponsor of the IFA, Adidas is lending its brand to cover up and whitewash Israel’s human rights abuses” and give “international cover to Israel’s illegal settlements.”

The letter notes that “UN Security Council Resolution 2334 denounces Israeli settlements as flagrant violations of international law” and cautions the world’s second largest sportswear manufacturer that its sponsorship of the IFA makes it eligible for inclusion in the UN’s database of complicit companies doing business in or with Israel’s illegal settlements. The Palestinian clubs further warn that the company’s continued complicity with Israel’s settlement enterprise “may expose it to consumer-led boycott campaigns in the Arab world and globally.”

Palestinian footballers are routinely forced to endure Israeli military raids and tear gas on our fields, denied by Israel our right to travel to matches, and have seen our teammates killed and our stadiums bombed.

I was jailed by the Israeli occupation for three years without charge or trial and released only after a 96-day hunger strike and worldwide outcry. Palestinian players run this risk everyday, as they are forced to go through Israeli military checkpoints. All the while, the IFA holds matches in illegal Israeli settlements, which rob us of our land, water, resources and livelihoods. Adidas’ sponsorship of the IFA prominently places its iconic logo on Israel’s abuses of our rights. The company must immediately cut ties with the IFA.

Hind Awwad from the Palestinian Campaign for the Academic and Cultural Boycott of Israel (PACBI) said:

Adidas relies heavily on football league and club sponsorships to raise its brand awareness. However, being associated with the IFA as it tramples Palestinian rights will implicate Adidas in Israel’s egregious human rights violations, including illegal settlements, home demolitions, and land grabs throughout the occupied Palestinian territory.

In their letter, the Palestinian clubs recall the “widespread protests, calls for boycott and government condemnations” of Adidas over sponsorship of Israel’s so-called Jerusalem Marathon, which illegally passes through occupied East Jerusalem. “Adidas rightly ended its sponsorship” of the marathon, they say, and must now withdraw sponsorship of the IFA “until it ends its involvement in Israel’s grave violations of international law and human rights abuses against Palestinians.”

Among the clubs signing the letter are the Jenin Athletic Club, the oldest Palestinian club in the West Bank, founded in 1940, as well as former Premier League champs Shabab Al-Khalil and top clubs Tulkarem and Shabab Alsamu.

PACBI has also launched a petition calling on Adidas to end its IFA sponsorship as “Palestinian children and their families are being pushed from their homes” to give way to the settlements hosting IFA league matches.