Marrickville council – continue to stand on the right side of history!

The following letter was sent to Marrickville councillors by the BNC on April 18.

The Palestinian Boycott, Divestment and Sanctions National Committee (BNC), the broadest coalition of Palestinian political parties, trade unions, NGOs and networks, warmly salutes Marrickville council for its principled adoption of BDS. Faced with on-going Israeli impunity on the one hand, and the failure of the international community to take any meaningful steps in support of justice for Palestinians on the other, BDS is an indispensable and uniquely effective, non-violent tool in holding Israel accountable for its violations of international law and furthering the demand for Palestinian rights. This movement is deeply inspired by the South African struggle for freedom, equality and justice.

It is disappointing but perhaps not surprising that your stand in support of freedom and equality has come under such intense scrutiny. This can only be seen as an attempt by Israel and its supporters  to whitewash Israel’s system of occupation, colonisation and apartheid, and to character-assassinate or smear those who challenge it. People of conscience, cultural superstars, financial institutions, businesses, trade unions and faith groups all over the world are joining our non-violent movement. On behalf of Palestinian civil society, we are today writing to urge you to remain part of this moral struggle, to maintain your BDS policy and to find creative and tactically feasible ways in which to implement it.

Local communities are increasingly filling the void left by governments and institutions that, far from pressuring Israel to respect universal principals of human rights, are unwilling to even end their own political and financial complicity in Israel’s violations of international law and Palestinian rights.  We wish to share with you some of the ways in which local government bodies have implemented BDS and some of the methods involved in order to inform your decision. The following cases may be of interest:

BDS is essentially a universalist, rights-based approach that advocates the minimal requirements for the Palestinian people to exercise their right to self determination, freedom and justice. It is not a blunt instrument, but rather an adaptable, nuanced and creative framework for action. The BNC has always encouraged supporters of Palestinian rights to implement BDS gradually and in tactically and strategically well thought-out forms that are sensitive to the local political context and practical restraints. Supporting the boycott does not require the implementation of an immediate, sweeping boycott of all companies that are complicit in Israel’s violations of international law. In each of the examples above, the councils concerned have taken only one or two first steps. Far from being expensive, implementing the boycott need not cost much at all.

Perhaps the above examples do not provide a direct way forward for you as Marrickville councillors. But they do, we believe, show that implementing the boycott need not be expensive, overly time-consuming or have negative effects on local residents. Instead, they reflect a concern among the public for upholding ethical principles in local government, investment and procurement.

Not only does local implementation of BDS not violate law or overstep the mandate of a local authority, but taking reasonable steps to ensure that state authorities are not involved with businesses that are violating human rights is best practise, according to the UN Special Representative on business and human rights John Ruggie. “States should exercise adequate oversight in order to meet their international human rights obligations when they contract with, or legislate for, business enterprises to provide services that may impact upon the enjoyment of human rights,” the recently published guidelines state.[7]

Palestinians face systematic violence and oppression: According to Human Rights Watch, “Israel operates a two-tier system for the two populations of the West Bank in the large areas where it exercises exclusive control”.[8] Israel maintains its medieval siege on Gaza with impunity, operating a system of collective punishment that is unique in the history of the modern era. Palestinian citizens of Israel face systematic, institutional and legalized discrimination, according to successive U.S. Department of State human rights reports[9] and a recent report published by the Euro-Mediterranean Human Rights Network[10]. The denial of the right of Palestinian refugees to return home has been described by former UN Special Rapporteur on Human Rights in the Occupied Palestinian Territory John Dugard as “perhaps the greatest injustice of the post-World War II period”.[11]

In light of this on-going  denial of basic rights, in response to the decades old failure of the “international community” to end and hold to account Israeli infringement of international law, conscientious citizens and communities are taking simple but effective steps under the framework of boycotts, divestment and sanctions. We urge you to continue standing on the right side of history and to continue to be part of these efforts, and we look forward to working alongside you to help you find ways of doing so.  You need not decide at your upcoming meeting what concrete BDS steps to take, and you are certainly not expected or called upon to implement an immediate, blanket boycott that would harm local residents. We simply ask that you keep your support for BDS in place, pending further discussions and investigations, so that you may explore ways of contributing to our struggle for freedom, justice and equality, as many Australians did in the South African anti-apartheid struggle.

We deeply appreciate your solidarity and hope that you shall stand your ground in the face of bullying and immoral smear campaigns. 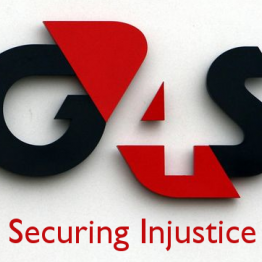