June 16, 2017
/ By
Palestinian Campaign for the Academic and Cultural Boycott of Israel (PACBI)
/ 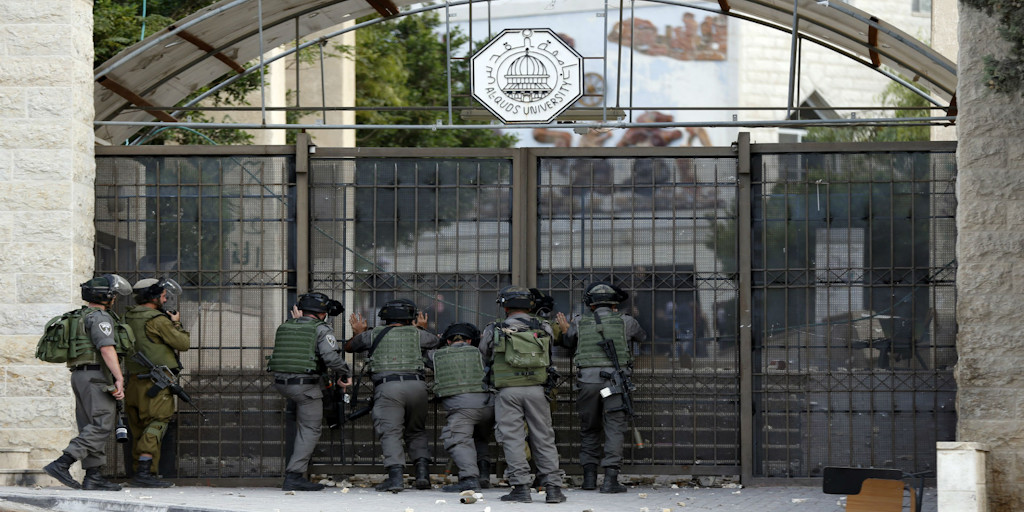 The new code would also forbid professors to call for or participate in an academic boycott of Israel, or even of its settlement colleges, and university departments to collaborate with “political organizations.” Academic institutions would be required to institute committees tasked with monitoring political activity of professors, act on complaints from students and take disciplinary action against transgressors.

The proposed set of rules, which will be submitted for approval to the Council for Higher Education chaired by Bennett, was formulated by Asa Kasher, a professor at Tel Aviv University who has been authoring “ethics codes” for the Israeli military since the mid-1990s.

Kasher is notorious for providing “ethical” arguments to justify Israel’s war crimes and crimes against humanity in Gaza.

Commenting on the conduct of the Israeli military during the 2014 massacre in Gaza, which killed more than 2,200 Palestinians, including over 500 children, Kasher said, “The number of casualties is irrelevant -- it does not speak of omissions or any wrongdoing.”

The new rules are part of Israel’s dangerous and ongoing attack on academic freedom. If implemented, the code of conduct will become another element of complicity of Israeli academic institutions in the political agenda of the state, which targets first and foremost  Palestinian academics and students.

Palestinian citizens of Israel have long faced restrictions on their political activity, on university campuses and off. Palestinians students and faculty are also subject to widespread discrimination at Israeli institutions of higher learning and there are significant funding discrepancies between Palestinian and Jewish Israeli schools.

In the occupied Palestinian territory, Israel’s restrictions on movement, from checkpoints to the Kafkaesque travel permit system, make travel within and between the West Bank, including East Jerusalem, and Gaza, as well as abroad, a difficult to impossible prospect. Invited guests to Palestinian universities, including and especially Palestinian refugees, are at the mercy of Israel for entry.

During the 2014 military assault on Gaza, Israel targeted at least 153 Palestinian schools, including 90 run by the United Nations, as well as Gaza’s largest university.

Abroad, Palestinian scholars and students, along with their supporters are actively targeted and repressed by Israel’s influential lobby groups and university administrations that are vulnerable to their intimidation and bullying.

While some Israeli university heads have issued token criticisms of the proposed code of conduct, they have themselves been known to implement similar policies informally. The institutions they lead have not only remained silent in the face of extensive denial of Palestinian basic rights, including academic freedom, but in many cases have directly supported or justified Israel’s ongoing suppression of Palestinian education and led actions to silence academics and students critical of Israeli state policy.

The new “ethics code” proposed by the Israeli government institutionalizes what is often an already unstated policy. Those who truly wish to defend academic freedom for all should support the boycott of Israeli academic institutions until they recognize the full rights of the Palestinian people as enshrined in international law and end all forms of complicity in Israel’s violations of those rights.