Skip to main content
In the News
This article is reposted from
Ilan Pappé
, click here to read the original article. 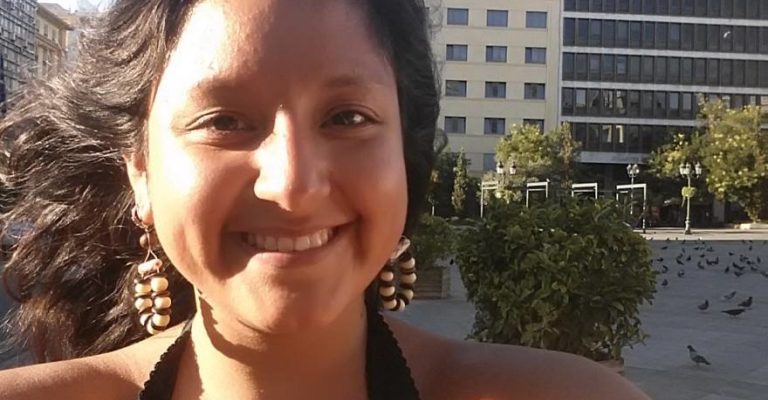 In the last ten years, an old scholarly paradigm that was used for the historical analysis of European settler movements in various parts of the worlds, and in different periods, resurfaced in the USA and Australia as part of the new wish to understand the modern histories of these countries. Leading historians from all around the world reshaped the paradigm of settler colonialism to include all the places where European immigrants colonised non-European lands, at first with the help of Colonial Empires, and then struggling against the Empire and the local indigenous population.

All the countries in North, Central and South America are settler colonial countries. As are Australia, New Zealand, Algeria, Zimbabwe and South Africa. By this, we mean they either have a settler colonial history or still are engaged in struggle against the native indigenous population.

In many cases, the settler movement genocided the indigenous people (in the Americas and Australia) and in other places such as Algeria it was involved in a long and bloody war of liberation and in South Africa and Zimbabwe the settler movement imposed an Apartheid system, accompanied by operations of ethnic cleansing.

The histories of all these countries, including the unpleasant chapters, are analysed freely by the world academic institutions and this has helped considerably the process of reconciliation and social harmony.  Depicting a country as having a settler colonial past or present is not undermining its legitimacy and is not an ideological crusade. This is now an accepted truism around the academic world.

Within this exciting new scholarly development, quite a few scholars, including from Israel, wished to examine whether this academic paradigm apply to Israel and Palestine. The Journal of Settler Colonial Studies devoted two special volumes to the topic and the prestigious post-colonial studies journal, Interventions, is going to publish a special issue on this.  Dozens of post-graduate students around the world, including in Germany are working on applying this paradigm to the case of Israel and Palestine: it raises questions not just about Israel in the past, but also about  the Palestinian struggle and strategy in the present and in the future.  More importantly than anything else it sheds new light on the possibility for peace and reconciliation after decades of a failed peace process (this what academia is there for).

The application of the paradigm triggered some concern which was successfully satisfied. At the University of Berkley in the US, after concerns were voiced about a course dealing with  settler colonialism in Israel/Palestine, the university probed into the apprehensions and ruled that the topic was valid and purely academic.  Similar concerns were voiced when the University of Exeter in the United Kingdom convened a conference of settler colonialism in Palestine. A very fruitful dialogue with the Anglo-Jewish community showed that this cannot only be understood as  a legitimate conference topic but also as an important contribution for furthering the research on Israel and Palestine.

To silence anyone for teaching about settler colonialism or ethnic cleansing in Israel and Palestine, or further researching about it, is a grave violation of academic freedom and free speech. It de-legitimizes the vast majority of scholars who work today on Israel and Palestine around the world, many of whom are employing these paradigms to understand the past and the present realities.  To fire someone or stop employing someone on the basis of such intellectual curiosity in Germany is an insult to the past and successful efforts to build a free and democratic society there.

Unfortunately this is what is happening currently in Germany. I´d like to mention particularly the cases of Eleonora Roldán Mendívil and Farid Esack here.

Eleonora Roldán Mendivíl is a young academic teaching a course called “Racism in capitalism” at the Otto-Suhr-Institute of the Free University of Berlin. After obscure right-wing zionist bloggers claimed that her assessment of Israel as a colonial project and Apartheid state constitute anti-Semitic statements, a claim that was taken up by the right-wing populist newspaper Jerusalem Post and a pro-Israel student group at the Free University, her further employment with the Otto-Suhr-Institute for next semester was cancelled. It is important to mention that her assessment of Israel were made in activist contexts, not in her class. Her work is in the process of being evaluated with regards to the above-mentioned claims and with all due respect towards our colleague Prof. Dr. Benz who conducts it, I hope that this is done in the spirit of science outlined above. As far as matters of my expertise are relevant, I´m happy to contribute to this assessment.

Prof. Farid Esack is a muslim liberation theologist, former leading anti-apartheid fighter and head of BDS South Africa. Until recently he held a position as visiting professor at the University of Hamburg´s Academy of World Religions. He too was smeared as anti-Semite, terror-backer, holocaust denier. The German press was happy to speak about Mr Esack -and repeat whatever groundless accusation was flung at him- but, for very few exceptions, incapable of communicating with him directly. Hamburg´s largest opposition party, CDU, is to bring a draft of a resolution to the to the state Parliament („Bürgerschaft“) of the Federal State of Hamburg which – if endorsed by it – would pronounce BDS anti-Semitic.

The Academy of World Religions has by now distanced itself from offering Esack the position of a guest lecturer; this despite the fact, according to their very own statement, that he enjoys a brilliant academic reputation and has done nothing to diminish this in any shape or form. What the attackers find unbearable is the fact that Prof. Esack frequently compares the conduct of the state of Israel to that of the former Apartheid state of South Africa and to the definition of Apartheid under International Law. The consequences he derives from that is his commitment to the boycott movement issued by the Palestinian civil society, namely BDS. BDS enjoys very broad support of the South African population and politicians.

Again, it seems as if basic scientific principles were abandoned as soon as the anti-Semitism smear is flung: apparently it must be stressed towards the German public and media that this is not a religious question with sacrosanct doctrines, but much rather the question whether Israel is an Apartheid state and/or -as I myself have stated in recent publications- a settler colonial state committing multiple crimes under International law, most notably the crime of ethnic cleansing, can very well be discussed and determined inside a scientific framework and public debate. The Palestinians are doomed to invisibility by this kind of hateful discourse: behind the smoke screen of anti-Semitism smears the actual reality on the ground and the 70 years of suffering are successfully buried- that is, if we allow the agitators to have their will.

Therefore I call upon the German public and media to treat individuals who challenge zionist belief systems fairly, not only but especially within the academia. This entails the space to express their views and to engage in public debate without fearing to be smeared and degraded. Debate is not an obstacle to scientific progress but rather one of its main ingredients.

I´d like to express my heart-felt solidarity with the colleagues in question -Eleonora Roldán Mendivíl and Prof. Farid Esack- and everyone else being attacked in a similar manner. I intend to follow the future course of events in Germany intently and sincerely hope that scientific inquiry and reason prevail. 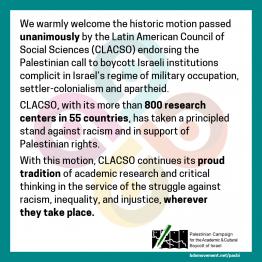