Israel’s Universities: A Pillar of Occupation and Apartheid

November 8, 2014
/ By
Palestinian Campaign for the Academic and Cultural Boycott of Israel (PACBI)
/

As Archbishop Tutu and other South African visitors have observed, and contrary to perceptions and arguments about the “liberal” nature of the Israeli academy, the truth is that Israeli institutions of higher learning are deeply entwined in Israel’s regime of occupation, settler-colonialism and apartheid against the indigenous Palestinian people. 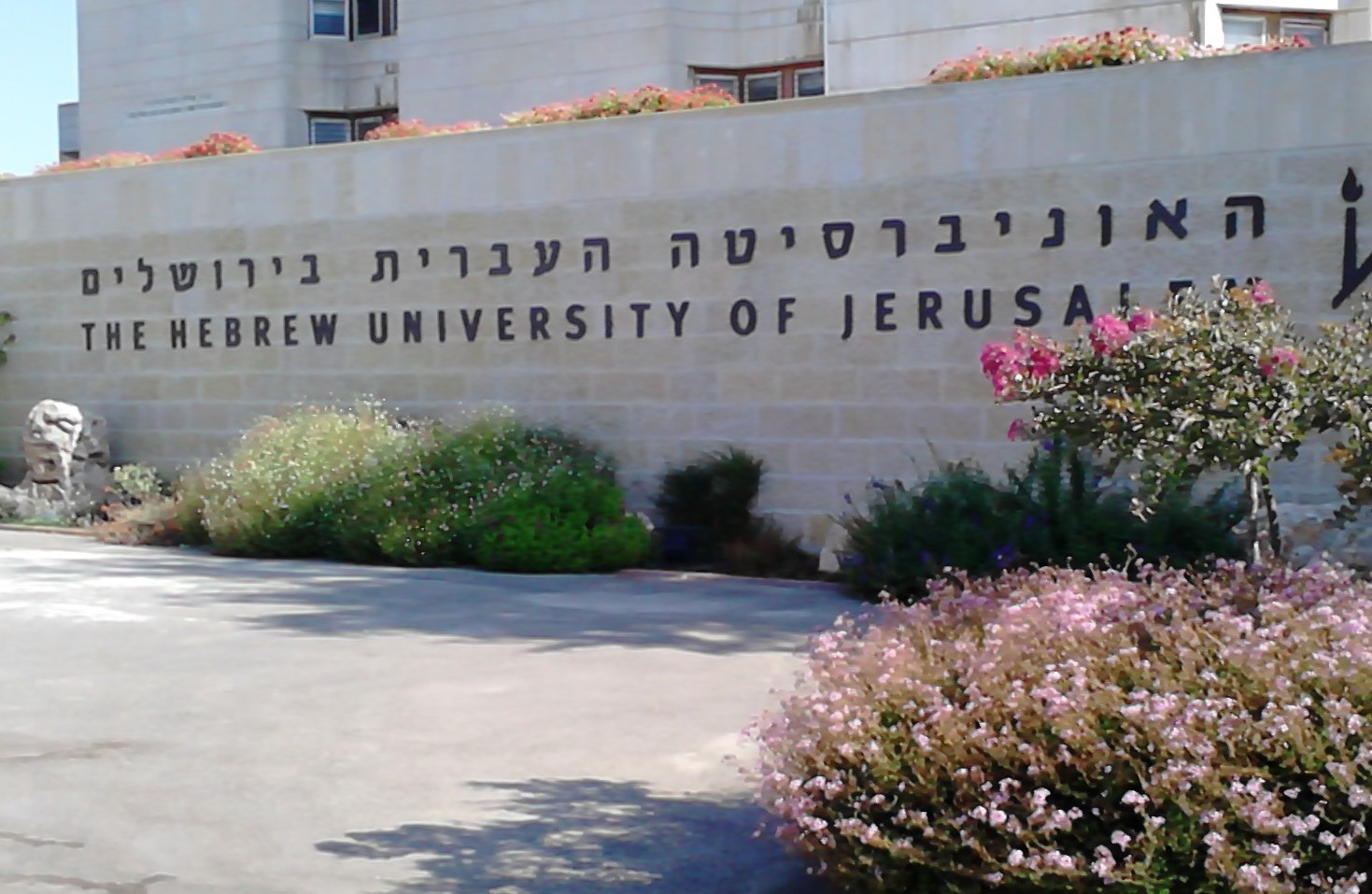 Israeli Universities are an intimate part of the Israeli regime, by active choice. While Palestinians are not able to access universities and schools, Israeli universities produce the research, technology, arguments and leaders for maintaining the occupation. (Archbishop Desmond Tutu’s statement of support of the 2011 University of Johannesburg’s boycott of Ben Gurion University)

As Archbishop Tutu and other South African visitors have observed, and contrary to perceptions and arguments about the “liberal” nature of the Israeli academy, the truth is that Israeli institutions of higher learning are deeply entwined in Israel’s regime of occupation, settler-colonialism and apartheid against the indigenous Palestinian people.

It is no surprise that virtually every Israeli academic institution came out in support of the Israeli military during the summer onslaught on Gaza, and universities promised faculty and student reserve soldiers actively involved in the massacre in Gaza various perks and privileges as rewards for their contribution to the state’s “security.”  The list of complicity is too long to recount here.  Some prominent examples include:

- Technion, which prides itself on developing many of the weapon systems, particularly drone technologies, which are employed by the Israeli occupation forces in attacking Palestinians in Gaza and the rest of the occupied Palestinian territory;

- Tel Aviv University (TAU), which has not only designed tens of weapons used by the Israeli military in enforcing the occupation and apartheid regime, but houses the Institute for National Security Studies (INSS) that takes credit for the development of the so-called Dahiya Doctrine, or doctrine of disproportionate force, that is adopted by the Israeli army, and which calls for “the destruction of the national [civilian] infrastructure, and intense suffering among the [civilian] population,” as means of defeating an otherwise “impossible” to defeat non-statal resistance;

- The Hebrew University, which is partially built on stolen land and has an army base on its campus.

Some academics may argue, though, that universities in many countries in the west are also involved in the development of weapons and military doctrines for their respective armed forces, but Israeli experts themselves decisively prove that partnership between academia and the military-security establishment is on a different scale altogether.

Prominent TAU Professor Avraham Katzir, for instance, observes that the relationship between academic institutions and the army in Israel is far more organic and entrenched than in the west.  He argues that “each one of us is both an Israeli citizen and working in these [military] fields.”  Academia and the army, writes Katzir, are “helping one another–something which doesn’t happen [elsewhere]; I’ve been in the US and Europe, and there, there is a disconnect between the [academic] workshops and the army; they hate the army!  [With us], I think that we succeed by virtue of the fact that we help one another so much.”

On the flip side, the Israeli government relies on academia (and culture) to whitewash its crimes and project itself as a bastion of liberalism and a kind of western outpost in the Middle East – culture and academia are employed, in this context, to rebrand Israel.  Academia and culture are to Israel what sports was to South Africa, and this is why it is such a crucial aspect of the overall BDS movement; BDS against Israel, after all, did not start with sports, but rather, with academia and culture.  The symbolic and material significance of Israeli academia and culture in maintaining Israel’s regime of oppression cannot be overstated.

While there is an increasing number of Israeli faculty who have courageously come out in support of Palestinian rights those numbers are dismal.  Worse, however, is that many of these Israeli academics are subject to censorship, intimidation, and a draconian anti-BDS law that legally restricts their academic freedom and freedom of speech by forbidding them from publicly expressing any support for even the most selective boycott of anything Israeli – their institutions have been silent on this intimidation if not promoting it.

PACBI takes this complicity of Israeli academic and cultural institutions, as well as the importance of these institutions to Israel’s image, as a starting point for advocating for the academic and cultural boycott.  Crucially, the institutional academic boycott, which was launched by PACBI in 2004, is supported by the Palestinian Council for Higher Education (CHE) and is in line with the CHE’s authoritative call for “non-cooperation in the scientific and technical fields between Palestinian and Israeli universities.” The PACBI Call is also supported by the Palestinian Federation of Unions of University Professors and Employees (PFUUPE), among other major unions.  So we are not talking about supporting a call by a few academics, or even following some abstract civil society.  We are talking about a call from faculty in Palestine to faculty around the world, supported by an overwhelming majority of civil society organizations; and a call by the oppressed for their voices, once and for all, to be listened to and heeded.

For those who say we need more dialogue and exchange of ideas, not less, we say that the boycott is a form of speech, a dialogic act that encourages conversation, connections, dialogue, and exchange based on a set of shared principles of justice, based on an acknowledgement and recognition of the rights and the agency of the oppressed in any such conversation, and anchored in a principle of decolonizing the mind of the oppressor.  We seek, in the BDS movement, to move the conversation from the futile, disingenuous and unethical rhetoric of co-existence between oppressor and oppressed to one of co-resistance against oppression.  We welcome both individuals and institutions that have recognized full Palestinian rights, including the right of return, and that cease all forms of complicity with the Israeli regime of oppression.

Without recognition of Palestinians as equals who are entitled to their comprehensive rights under international law, dialogue become an unethical fig leaf for ongoing oppression.  Palestinians, like all oppressed communities worldwide, are only interested in pursuing ethical dialogue, based on universal rights for all.

As is unambiguously stated in the BDS Movement’s Guidelines for the International Academic Boycott of Israel, our understanding of academic freedom stems from its UN definition:

Academic freedom includes the liberty of individuals to express freely opinions about the institution or system in which they work, to fulfill their functions without discrimination or fear of repression by the state or any other actor, to participate in professional or representative academic bodies, and to enjoy all the internationally recognized human rights applicable to other individuals in the same jurisdiction. The enjoyment of academic freedom carries with it obligations, such as the duty to respect the academic freedom of others, to ensure the fair discussion of contrary views, and to treat all without discrimination on any of the prohibited grounds.  [Emphasis added]

Judith Butler articulates well the balance we try to strike in practice with academic freedom when she calls us to question:

the classically liberal conception of academic freedom with a view that grasps the political realities at stake, and see that our struggles for academic freedom must work in concert with the opposition to state violence, ideological surveillance, and the systematic devastation of everyday life.

With this in mind, we insist that our academic boycott rejects on principle boycotts of individuals based on their identity (such as citizenship, race, gender, or religion) or opinion.  We are after the institution not the individual.

The exception that proves the rule is when individual academics forfeit their integrity and allow themselves to be recruited as “academic ambassadors” to defend or whitewash Israeli violations of human rights by presenting Israel’s “prettier face,” as the Brand Israel campaign entails.  In such instances, we call for boycotting their participation in events, as they become representatives of institutions, not merely affiliated to them.

What is important is that we remain vigilant about protecting academic freedom but not academic privilege.  The distinction is important.  Israeli academics have the freedom to research and collaborate however they choose.  Their institutions should not, however, have the privilege of exceptional treatment by governments and institutions, especially when resources and choices are limited.  Awarding a grant, engaging in institutional collaboration, being the recipient of a study abroad, these are privileges, not a question of freedom.  It is academic privileges that are the target of this boycott.

Israel’s academic institutions are a pillar in the system of colonial oppression and must therefore be boycotted by every conscientious academic, just as South Africa’s apartheid universities were isolated.

November 8, 2014
/ By
Palestinian Campaign for the Academic and Cultural Boycott of Israel (PACBI)
/ 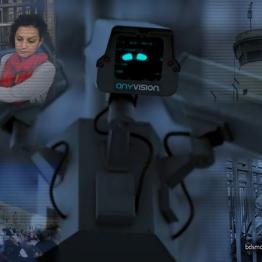