The Palestinian Boycott, Divestment and Sanctions National Committee (BNC) welcomes the cancellation of a $500 million missile deal between India and Israel as a “major blow” to Israel’s military industry. 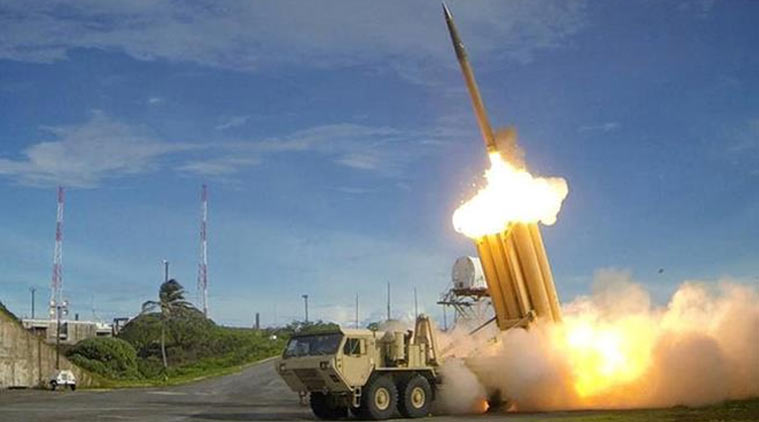 In anticipation of this deal to produce missile systems, Israeli arms manufacturer Rafael Advanced Defense Systems had entered into a joint venture with its in Indian partner. (Representative Image: Reuters)

November 21, 2017 — Yesterday, media reported that the Indian Ministry of Defense has scrapped the $500M deal with Israeli arms manufacturer Rafael Advanced Defense Systems for its missile systems. Years in the making, the deal had been celebrated in international media and was finalized after Prime Minister Narendra Modi's visit to Israel in July. In August, Rafael Advanced Defense Systems and its Indian partner Kalyani Strategic Systems opened a facility in Hyderabad to manufacture the missile systems.

The deal was cancelled after India’s state-run Defense Research Development Organisation asserted that India should not import this Israeli technology.

India’s decision to scrap this massive arms deal with Israel is a huge blow to the Israeli weapons industry. This $500 million deal would have fueled Israel’s military industry, which is deeply implicated in war crimes against the Palestinian people.

It is also a major setback for Israel’s propaganda hubris that its technology is indispensable for India’s development and modernization. As many Indians are recognizing, Israel is marketing military and agricultural technologies in India and trying to cement Indian dependence on Israel.

Israel seeks a flow of Indian cash for it’s own profit and to help finance its criminal wars and apartheid regime.

Similar patterns have started to surface in other sectors as well. India’s 16 million-strong farmer’s union AIKS has endorsed the Palestinian call for Boycott, Divestment and Sanctions (BDS) “in order to stand for the rights of the Palestinian people and to resist the corporate takeover of Indian agriculture sector by Israeli companies.”

Members of Telengana’s state assembly last week denounced state-sponsored trips of Indian farmers to Israel as “a wastage of money.”

We hope this is the beginning of the end of Indian complicity in Israel’s egregious violation of international law and Palestinian human rights. As Palestinians we ask the Indian people to maintain their proud legacy of commitment to independence,  to growing local knowledge and to respecting other people’s struggles for freedom from colonialism and apartheid.

Israel’s regime of oppression can never be a model for the great Indian nation that once led the non-aligned movement and upheld the right of all nations to self determination. Israel exports to India what it knows best — technology that represses, militarizes and dispossesses people of their land and water rights. India is better off without that.

Last week it was announced that Indian Oil and Natural Gas Corporations are bidding for drilling rights in gas fields claimed by Israel, despite the many controversies linked to territorial disputes in such fields.  In August, India’s Adventz group signed a Memorandum of Understanding to develop Israel’s Jerusalem Light Rail, which serves Israel’s settlements built illegally in and around occupied East Jerusalem.

As large multinationals—like Veolia, Orange and G4S— are abandoning their illegal projects in Israel due to effective BDS pressure, Israel has started dragging India into deals fraught with legal and political risks. Indian companies would be well advised to avoid getting sucked into Israel’s human rights violations as more and more international corporations refuse to get involved in such complicity. It is unethical and bad for business in the longer term.