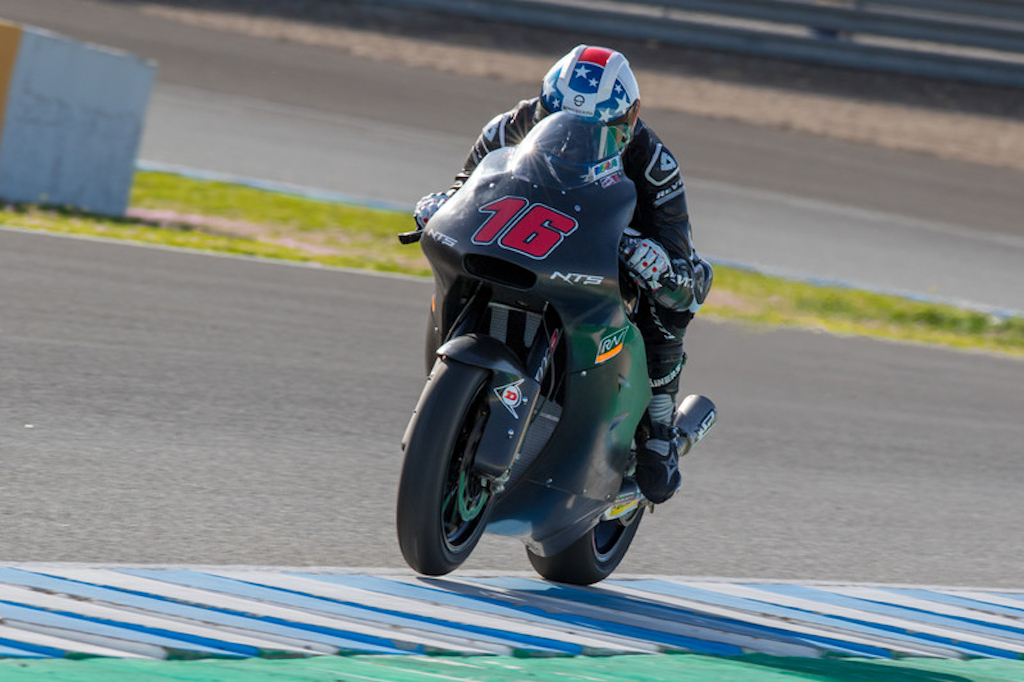 Palestinians are welcoming the cancellation of a racing event sponsored by Honda in Israel.

The event, due to feature rising US motorcycle racing star Joe Roberts, had been condemned by human rights groups.

Honda Israel announced on its Facebook page Thursday that the meet-up scheduled to be held in the city of Arad on 23-24 February was canceled “due to the lack of a track suitable for riding.”

However, Israeli media are attributing the difficulties in going through with the event to the pressure Honda faced from the boycott, divestment and sanctions (BDS) campaign for Palestinian rights, with one headline declaring, “BDS – now also against motorsports.”

That report claims that “extreme left-wing activists” in Israel associated with the BDS movement had contacted counterparts abroad to coordinate a campaign to persuade Honda and Roberts to abandon the event, citing Israel’s human rights abuses.

Activists had also appealed to Roberts directly through social media.

The Israeli media report notes however that the official reason for the cancellation given by the Israel Motor Sports Federation is that the Arad track was deemed unsafe.

Omer Shoshani, a representative of the federation, told media that Roberts had visited the Arad track on Wednesday and decided it was not safe for him to ride on.

Shoshani also claimed that the alternative track at Petzael was flooded due to heavy rains.

In fact, the event had originally been scheduled for the newly built track in the Petzael settlement in the occupied West Bank in an area of the Jordan Valley where the Israeli military has been engaged in the forced displacement of Palestinians.

All of Israel’s settlements in the West Bank, including East Jerusalem, and Syria’s Golan Heights, are illegal under international law.

Human rights and peace groups in Japan had urged Honda to cancel the event and the Palestinian BDS National Committee warned the Japanese motor giant it could face “international boycotts” if it went ahead.

Honda Israel then abruptly announced that the event would be moved out of the West Bank, to Arad.

Roberts himself told +972 Magazine that he had not been informed by organizers that the event was slated to be in the West Bank.

“I wasn’t given a lot of details in the beginning, other than that the track was in Israel,” Roberts wrote to the publication. “I would not have attended the event had it been in the West Bank.”

Roberts, 20, won the 2015 MotoAmerica Superstock 600 Championship. He recently signed with the RW Racing team to compete in the Moto2 World Championship.

Palestinians welcomed last week’s decision to move the race out of the West Bank as a sign of the strength of the BDS movement, but this did not allay their concerns.

The BNC pointed out Israel’s forced removals of Bedouin communities in the Arad region, as well as the mayor of Arad’s policy of refusing to allow African refugees to settle in his city.

Moreover, the event was still being sponsored by Israel’s sports ministry, led by Miri Regev, a far-right politician notorious for her racist incitement against Palestinians and people from African states.

The BNC urged Roberts not to let the Israeli government use his “good name to sportswash its crimes and blatant violations of human rights.”

Sportswashing is a term describing Israel’s strategy of using athletes and sports events – such as the Giro d’Italia bicyle race, or the recent junket by NFL players – to burnish its international image.

“The Palestinian BDS National Committee (BNC) welcomes Honda’s cancellation of the Moto GP event hosted by Israel after an effective pressure campaign by Japanese, Palestinian, Israeli and other BDS activists around the world,” Jamal Juma’, a member of the committee, told The Electronic Intifada.

“Hosting a race in an illegal Israeli settlement in the occupied Palestinian territory constitutes complicity in a war crime, no less,” Juma’ stated. “Equally troubling for Honda would have been its sponsorship of a race in Arad, where Palestinian Bedouin communities are being expelled, their homes demolished and their communities dispossessed.”