April 26, 2019
Iceland
Cancelling performance in apartheid Tel Aviv would be a meaningful expression of solidarity for the band, who are on record supporting Palestinian rights. 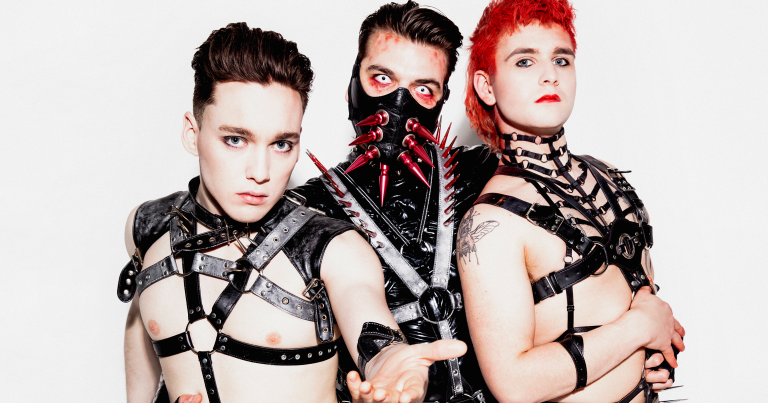 The Palestinian Campaign for the Academic and Cultural Boycott of Israel (PACBI) has called on Iceland’s Eurovision entrant Hatari to withdraw from the contest, held in Tel Aviv next month.

PACBI, a founding member of the Palestinian Boycott, Divestment and Sanctions (BDS) Movement National Committee, the largest Palestinian civil society coalition, said that “[t]he most meaningful expression of solidarity is to cancel performances in apartheid Israel”.

Hatari have previously said, “If Iceland’s contestant does not use their influence to point out the obvious, the absurdity of frolicking and dancing at the same time as millions live just a few miles away with reduced freedom and constant uncertainty about their own wellbeing and safety, then we have failed. If Iceland’s contestant ignores the fact that the competition is inherently political, he does little to diminish the need for a critical conversation about Israel.”

More than 100,000 people have signed petitions supporting the Palestinian call for the boycott of the contest hosted by Israel, as part of the ongoing BDS movement.

Over 100 LGBTQ+ groups have also joined the campaign, as well as hundreds of artists including former Eurovision contestants, and the 1994 winner for Ireland, Charlie McGettigan.

In March, more than 100 Palestinian artists wrote an open letter appealing to all Eurovision finalists to withdraw, “to avoid participating in Israel’s explicit agenda of using international artists’ appearances to whitewash its crimes against humanity.”

The Palestinian-led BDS movement was founded in 2005 with three aims: the end of Israel’s military occupation, full equality for Palestinians with Israeli citizenship, and the right of return for Palestinian refugees.

PACBI’s full statement to Hatari is below.

“Palestinians are calling on all Eurovision contestants to withdraw from the contest in apartheid Tel Aviv. This includes Iceland’s entrant Hatari, in particular, who are on the record supporting Palestinian rights.

“Artists who insist on crossing the Palestinian boycott picket line, playing Tel Aviv in defiance of our calls, cannot offset the harm they do to our human rights struggle by “balancing” their complicit act with some project with Palestinians.

“Palestinian civil society overwhelmingly rejects this fig-leafing, having learnt from the fight against apartheid in South Africa.

“While we appreciate gestures of solidarity, we cannot accept them when they come with an act that clearly undermines our nonviolent human rights movement. The most meaningful expression of solidarity is to cancel performances in apartheid Israel.

“We appeal to all Palestinian artists to refrain from organizing any activities with artists who violate the guidelines of the cultural boycott of Israel.”