The call for BDS measures in Brazil is particularly significant because the country is one of the largest buyers of Israeli weapons and military technologies in the world. 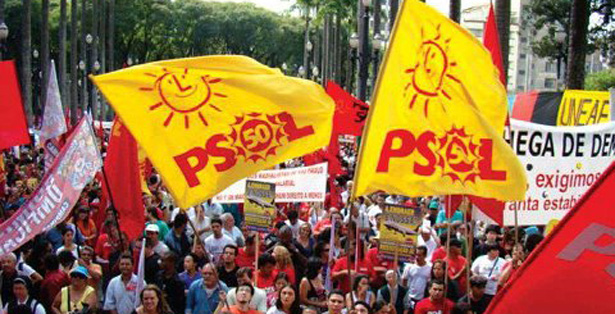 March 7, 2018 — Last month, Brazil’s Socialism and Liberty Party (PSOL) passed a resolution reaffirming its support for the BDS movement for Palestinian rights. PSOL is a growing progressive party in Brazil, with six representatives in the National Congress, nine in different state assemblies and 53 in municipal chambers. In 2017, it was the party with the largest number of new members in the country.

The call for Boycott, Divestment and Sanctions (BDS) measures in Brazil is particularly significant because the country is one of the largest buyers of Israeli weapons and military technologies in the world.

PSOL’s resolution states that the party is committed to “intensifying efforts to place a military embargo on Israel” and references “technologies and techniques” exported by Israel to Brazil that “deepen repression, racism and militarization against the interests of the Brazilian people.”

The BNC is heartened by the PSOL’s reaffirmation of its support for the BDS movement for Palestinian rights. The party has heard the call from Palestinian civil society for a meaningful and effective expression of solidarity, and it has responded affirmatively. We hope the party and all its members will keep working to advance BDS in Brazil.

The Brazilian government should heed the call by Brazilians and Palestinians alike to stop trading in military weapons, technology and training with Israel.

Whether in Rio’s favelas or in the occupied and besieged Gaza Strip, we are working together to defeat a global industry of injustice.

PSOL’s resolution reaffirms the Brazilian Left’s long-standing commitment to the Palestinian people and to the pursuit of a just and lasting peace in the Middle East.