After 13 days of interrogation and denial of access to his lawyer and family, Israeli authorities allowed Palestinian human rights defender and BDS coordinator Mahmoud Nawajaa to meet his lawyer for the first time since his late night arrest on July 30th. 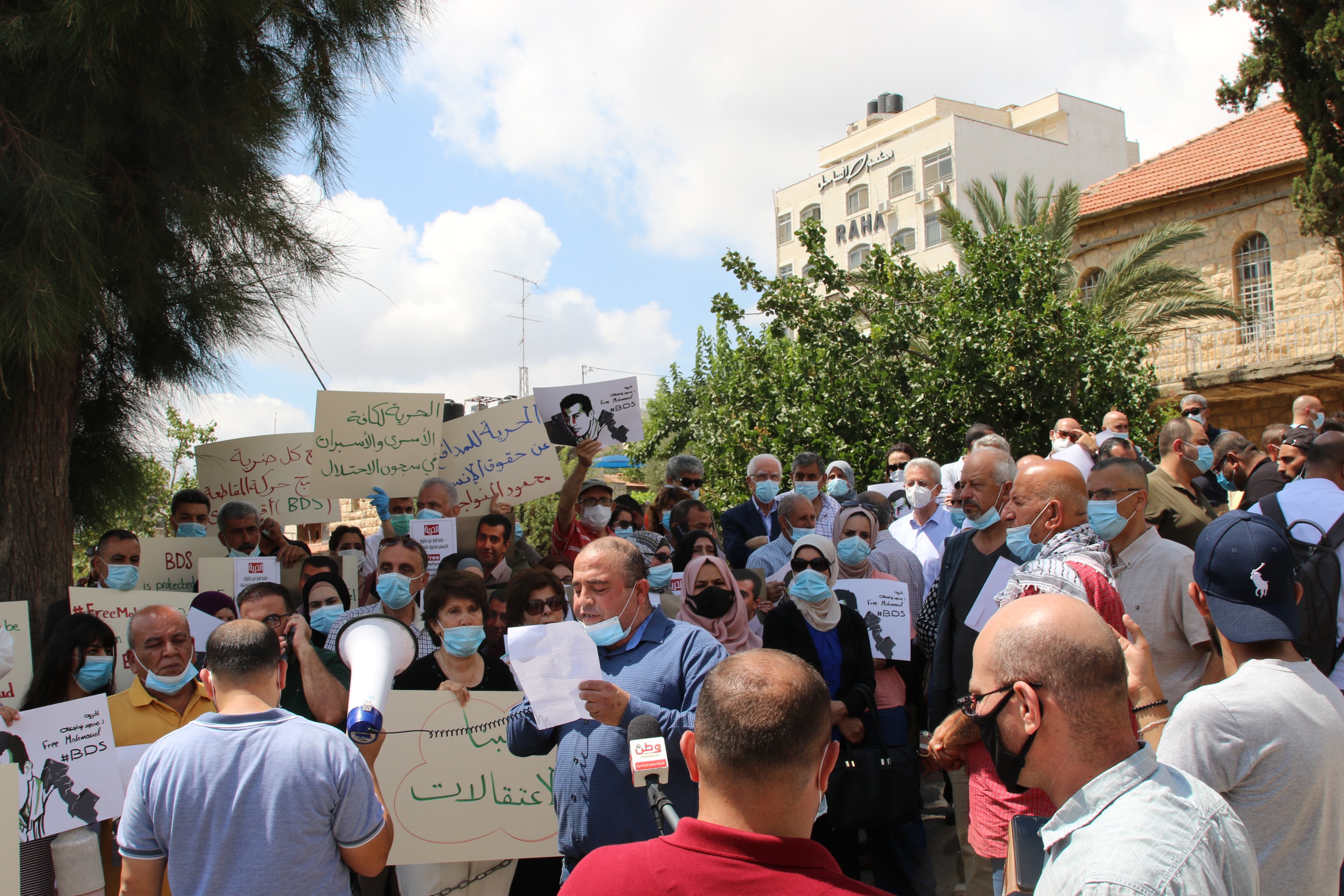 12 August 2020 -- Yesterday, after 13 days of interrogation and denial of access to his lawyer and family, Israeli authorities allowed Palestinian human rights defender and BDS coordinator Mahmoud Nawajaa to meet his lawyer for the first time since his late night arrest on July 30th.

Through his lawyer, appointed by Addameer - Prisoner Support and Human Rights Association, Nawajaa reassured his family and friends that he is “in good health and spirits and determined to continue his BDS work for Palestinian rights.” He also expressed “deep gratitude” to everyone around the world working to free him.

This comes after Addameer submitted a petition to the Israeli High Court against the military court’s decision to deny Nawajaa’s access to his lawyer.

It also follows the considerable growth of the #FreeMahmoud campaign, with support from parliamentarians, political parties, major trade unions, solidarity groups, and social movements in many countries. Front Line Defenders and Amnesty International have also condemned Israel’s arbitrary arrest and detention of Mahmoud Nawajaa, regarding him as a human rights defender. Both have called for international pressure to secure Israel’s immediate and unconditional release of Nawajaa.

While Palestinian prisoners are often subjected to torture and humiliating physical and/or mental abuse during interrogation by Israel’s Shin Bet officers (internal security service), Nawajaa told his lawyer that he “has been subjected to ill-treatment and degrading detention conditions but not torture.”

As part of the international campaign to #FreeMahmoud, the Palestinian BDS National Committee, the largest coalition in Palestinian civil society, yesterday organized two protest rallies in Ramallah and Gaza in front of German diplomatic missions, given Germany’s current presidency of the EU Council. More than 150 representatives of Palestinian mass movements, trade unions, political parties and BDS activists joined the rallies.

“We are rallying here to demand that the EU end its complicity of silence and apply concrete pressure on Israel to release Mahmoud Nawajaa and respect the rights of Palestinian human rights defenders. Israel is bowing to our pressure, so we must intensify it to #FreeMahmoud.

“Being Israel’s largest trade partner, and given its decades of complicity in enabling Israel’s regime of occupation, settler-colonialism and apartheid, the EU has legal and moral obligations to act to end Israel’s war crimes and crimes against humanity.”

Although Shin Bet’s interrogation of Nawajaa is still ongoing, without charges, “the initial indicators,” Masri said, “reveal that Shin Bet has no case.” The BDS movement has accused Israel of fabricating false allegations against Nawajaa as “retribution” to the movement’s impressive growth in the last few years.

Mahmoud Nawajaa’s arrest came at a time when Palestinian civil society is calling for effective international accountability measures, including lawful and targeted sanctions, to prevent Israel’s planned de jure annexation of 30% of the occupied West Bank, including illegal Israeli settlements and parts of the Jordan Valley, and to stop its apartheid regime and ongoing, de facto annexation.