March 9, 2017
/ By
Palestinian Campaign for the Academic and Cultural Boycott of Israel
/
Switzerland 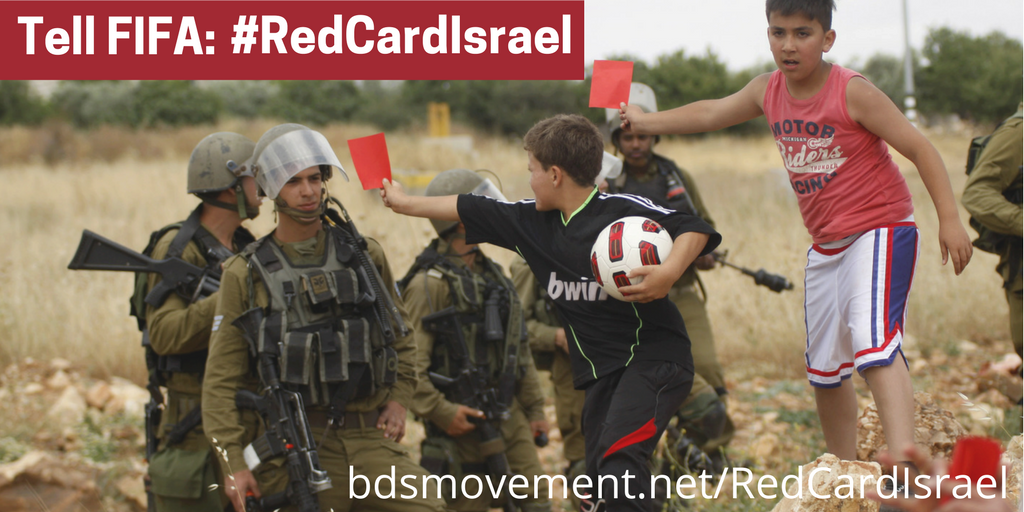 FIFA’s failure to act against the Israeli settlement clubs renders it complicit in Israel’s violations of international law, and violates its own rules, which forbid member associations from playing in the territory of another member association without the latter’s permission.

The FIFA Monitoring Committee Israel-Palestine, established in May 2015 and chaired by Tokyo Sexwale, was due to submit its report to the FIFA Council in October 2016. Israeli government officials have pressured the committee to soften its recommendations and prevent the exclusion of Israeli settlement clubs from its leagues.

Despite promises of accountability, it seems that FIFA has bowed to Israeli pressure and is delaying the publication of its committee’s report indefinitely, therefore making more difficult action on the issue in the upcoming FIFA Congress in May 2017.

Sharaf Qutaifan, from the Palestinian Campaign for the Academic and Cultural Boycott of Israel (PACBI), said, “The FIFA Monitoring Committee Israel-Palestine has failed to deliver on its mandate and should be dissolved. FIFA and the committee have bowed to political pressure, refusing to take meaningful action to end the Israeli Football Association’s violation of FIFA statutes. FIFA is breaching its own duty of neutrality and is discriminating against Palestine. Infantino has abandoned his promise to make a clean break from the corruption of his predecessor Sepp Blatter, and has instead followed in his footsteps.”

The Palestinian Football Association, Palestinian and international campaigners, Human Rights Watch, lawmakers and the UN Special Adviser on Sport for Development and Peace Wilfried Lemke have long urged FIFA to ensure that  football teams based in illegal Israeli settlements are excluded from Israeli football leagues. They have asked FIFA to suspend the Israeli Football Association (IFA) if it refuses to comply. Almost ten thousand football fans wrote to FIFA President Gianni Infantino last month demanding urgent action on Israeli settlements, but FIFA has failed to act.

Kwara Kekana of BDS South Africa said, “South Africans know too well how ‘constructive engagement’ helped perpetuate apartheid and the suffering of black South Africans. Similarly, the false premise of the FIFA Monitoring Committee Israel-Palestine is that the parties can talk the issues out, but there is no middle ground when it comes to international law and FIFA’s own rules. FIFA must end this sham process of committees or face widespread protest and condemnation for its double-standards.”

Dr. Geoffrey Lee, coordinator of Red Card Israeli Racism, said, “It's hard to see a logical reason for delaying the decision on Israel’s illegal settlements’ clubs and Israel’s persistent attacks against Palestinian football. FIFA statutes are crystal clear. This is yet another instance of Israel's political bullying tactics to deny Palestinian human rights."

In 2014 Gianni Infantino, then the General Secretary of the Union of European Football Associations (UEFA), the governing body of football in Europe, banned clubs in the annexed Crimea region from playing in competitions in Russia. Raffaele Spiga, a human rights campaigner based in Bologna, and member of BDS Italy, said, “We are seeing a double standard applied by Infantino. He talks about protecting football from political interference but he is making the issue of Israeli settlement clubs political instead of just applying FIFA’s own rules. His reluctance to act brings football into disrepute.”

Roman Vonwil, a Palestine solidarity activist based in Bern, and member of BDS Switzerland, said, “We will continue to raise the issue of Israeli attacks on Palestinian football at every possible opportunity. FIFA is legitimising settlements, considered war crimes under international law, and is allowing for racism and discrimination to persist in football, contradicting Infantino’s promise to clean-up the game.”

The Red Card Israel Campaign has spread to the Arab countries holding a seat at the FIFA Council, with fans demanding their federations propose a resolution demanding Israel’s suspension. Batoul Al Mehdar, a football fan in Cairo and member of BDS Egypt, concluded, “We call on the FIFA Council to sanction Infantino for going back on his promises and failing to meet his responsibilities. Football fans in the Arab world are watching FIFA closely and expect Israel to be held to the same standards as everyone else. We denounce FIFA’s Euro-centric approach, privileging the interests of its European members over the interests of the game. Israel must not be given a free pass.”

The Palestinian Campaign for the Academic and Cultural Boycott of Israel (PACBI) was initiated in 2004 to contribute to the struggle for Palestinian freedom, justice and equality. It advocates for a boycott of Israeli academic and cultural institutions for their deep and persistent complicity in Israel’s denial of Palestinian rights that are stipulated in international law. Visit PACBI at https://bdsmovement.net/pacbi and follow us on Twitter @PACBI

FIFA
football
March 9, 2017
/ By
Palestinian Campaign for the Academic and Cultural Boycott of Israel
/
Switzerland 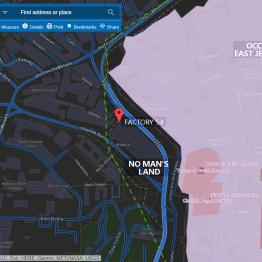 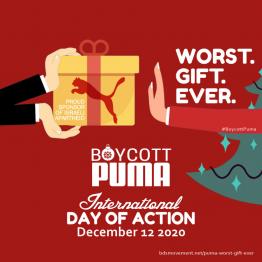