Skip to main content
In the News
This article is reposted from
SFSU Faculty
, click here to read the original article.

Faculty members of the San Francisco State University as well as other institutions worldwide, express distress over recent developments on the SFSU campus. 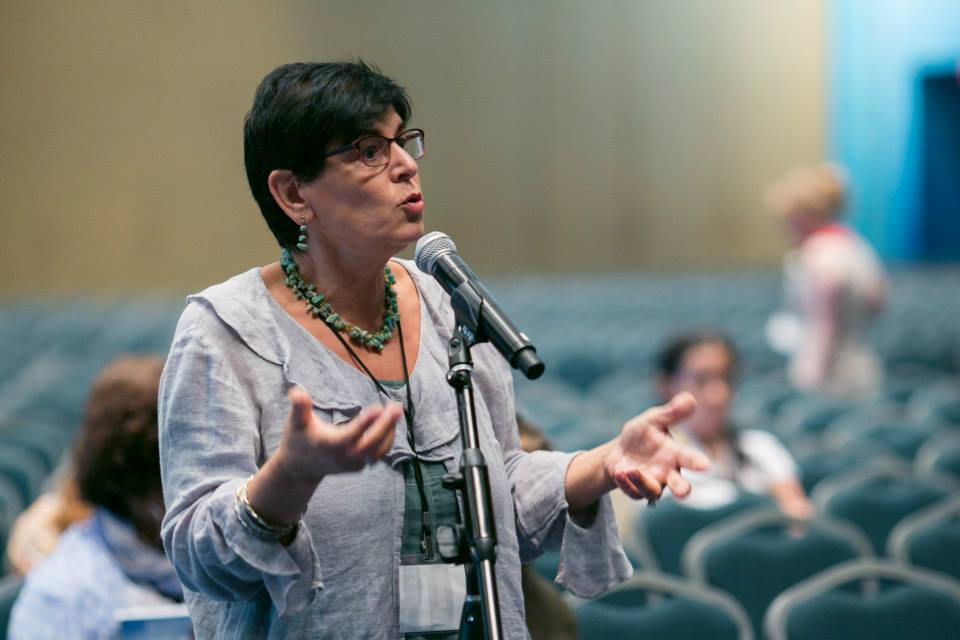 As faculty members of the San Francisco State University as well as other institutions worldwide, we are disturbed by recent developments on the SFSU campus:

1) On October 14, 2016, several racist and Islamophobic posters were plastered on the SFSU campus smearing SFSU Professor Rabab Abdulhadi, accusing her of terrorism and anti-Semitism. The posters are claimed by both the Canary Mission and Horowitz Freedom Center, a far-right, off campus organization whose founder is named as a leading Islamophobe by the Southern Poverty Law Center. The posters also target SFSU students advocates for justice in/for Palestine, including members of the General Union of Palestine Students, who have been bullied by Canary Mission. While the office of the President of the university issued a general rejection of this campaign referring to it as "hateful" and its backers as "extremist," the statement did not make any reference to or express defense of the specific targets: Dr. Abdulhadi, the GUPS students and the AMED program.

2) In January 2014 Prof. Abdulhadi travelled to Jordan and Palestine as part of her work as Senior Scholar of the Arab and Muslim Ethnicities and Diasporas Studies Program. AMCHA publicly and falsely accused Dr. Rabab Abdulhadi of misrepresenting the nature and purpose of her trip, misusing university funds and claiming that she traveled to Palestine and Jordan to collaborate with terrorists. The SFSU campus conducted several internal investigations which concluded that those accusations had “no merit”. However the SFSU statement was not made public to the campus community until 2 weeks after the end of the investigation.

3) In July 2014, AMCHA launched another harassment campaign, this time calling on California Controller to once again investigate the same trip to Jordan and Palestine. Instead of defending its faculty member, SFSU conducted a 5-year audit of Professor Abdulhadi’s international travel even though it had already determined that there were no grounds for these false charges. This time SFSU did not issue a public statement clearing Professor Abdulhadi’s name. Furthermore, SFSU Provost revoked Dr. Abdulhadi’s already approved trip to Palestine a full week before the State Department issued a travel advisory against US citizens’ travel to Palestine and Israel.

4) In 2013 Prof. Abdulhadi was encouraged by SFSU to establish a collaborative agreement (an MOU: Memorandum of Understanding) with the An-Najah National University in Palestine. SFSU AUCIP (All University Committee on International Programs) unanimously voted in favor of the proposal which was then forwarded to the Provost and to you as the President who signed it in Fall 2014. On September 7, 2016, Campus Watch/Middle East Forum, led by Daniel Pipes, launched a campaign demanding an end to SFSU collaboration with An-Najah and smearing Professor Abdulhadi with baseless accusations of terrorism and anti-Semitism. Instead of defending Dr Abdulhadi and standing by the SFSU collaborative agreement with An-Najah, you and CSU Chancellor White issued a statement generally upholding the 110 existing SFSU agreements with international universities without naming An-Najah or Dr. Abdulhadi.

We cannot continue to allow this bullying, harassment, and incitement to violence to take place at SFSU or any other campus. These racist and Islamophobic attacks cannot continue to go unsanctioned. We believe that it is the responsibility of our campus leadership to clearly and unambiguously come out in statements and actions in support of their faculty and categorically express their absolute intolerance of hate speech and defamation.

Fortunately, faculty at San Francisco State has not been silent in the face of such bullying, harassment and incitement to violence. The Jewish Studies Department, the College of Ethnic Studies and our own union, the California Faculty Association, have issued statements clearly condemning those posters. Student groups, such as the General Union of Palestine Students, the Muslim Student Association, the Black Student Union, the Pacific Islander Club, the League of Filipino Students, MeCHA, Students for Quality Education, Women’s Muslim Student Association and the Ethnic Studies Association have issued statements at each step of the way supporting Dr. Abdulhadi and her rights to do her work as a scholar, educator and mentor without fear or intimidation.

Several academic and community groups have also come out publicly denouncing the Horowitz/Canary Mission racist and Islamophobic poster campaign and publicly supporting Prof. Abdulhadi and the targeted students, including American Muslims for Palestine, Asian Americans Advancing Justice - Asian Law Caucus, Arab Resource and Organizing Center, Council on American-Islamic Relations, International Jewish Anti-Zionist Network, Jewish Voice for Peace, National Lawyers Guild-San Francisco Bay Area and Palestine Legal. Earlier statements that called you as President of SFSU to uphold the agreement with An-Najah National University and stand by Dr. Abdulhadi were issued by the Middle East Studies Association, California Scholars for Academic Freedom, Jewish Voice for Peace, National Students for Justice in Palestine, United States Campaign for the Academic and Cultural Boycott of Israel. Palestinian, Arab and Muslim scholars asked you to stand firm against intimidation and in support of your faculty and students and accord them the same protection and treatment SFSU must accord every member of its campus community.

Yet, despite these statements of support from within and beyond the academic community, equally strong statements have not been issued by your office as President of SFSU nor the CSU Chancellor. The university has yet to demonstrate concrete and specific support for Prof. Abdulhadi, the AMED program, and a general campus culture rooted in openness for Arab and Muslim communities by giving to them institutional support.

We view the lack of a clear and firm stand and action on the part of the administration as contributing to the silencing and intimidation of all of us, whose courses, research, critical thinking and community service can become the target of similar groups.

Furthermore, this alarming atmosphere does not only have implications for Prof. Abdulhadi, GUPS and other campus advocates for justice in/for Palestine, but for each and every one of us who are committed to academic freedom, free speech and the intellectual integrity and reputation of our institutions. It is the moral and ethical stands that bind us together.

It is our hope that there will be no more delay from President Wong and his office to issue a clear and firm statement in support of Prof. Abdulhadi, the targeted students and the AMED program and to take all action to insure their safety and dignity against this bullying, harassment, intimidation and incitement to violence.

As scholars in SFSU, joined by our colleagues and communities everywhere, we call you on you, President Wong, to:

1) Publicly and unambiguously defend the academic freedom and the intellectual reputation of our colleague Prof. Abdulhadi, by making a public statement that clears her name of the vicious and absolutely unfounded smear attacks against her, and by doing so to protect the intellectual integrity of our institution and all of us who work here;

2) Publicly and unambiguously defend the academic freedom and the right of free speech of Palestinian students, faculty and staff, and all advocates for justice in/for Palestine, against the current bullying, harassment and intimidation attacks suffered by members of our community;

3) Publicly and unambiguously condemn all forms of hate speech, including anti-Arab racism, anti-Semitism and Islamophobia, and to take all the necessary actions to stop hate speech on your campus. We need to see an end to the hostile work and study environment at SFSU for campus advocates for justice, including justice in/for Palestine;

4) Publicly, clearly and unambiguously express your support for the AMED (Arab and Muslim Ethnicities and Diasporas) Studies program at SFSU, its fundamental role in the SFSU educational mission, and demonstrate a timely commitment to building the AMED Studies program by reinstating the 2 tenure-track faculty lines that were cut in 2010 despite having been part of the recruitment promises given to Prof. Abdulhadi when she was hired in 2007, as well as providing full time staff and an operating budget.