Skip to main content
In the News
This article is reposted from
Zaid Jilani, The Intercept
, click here to read the original article.

As Congress Tries to Criminalize BDS, the Democratic Socialists of America Endorse It

The Democratic Socialists of America passed a resolution to endorse the BDS movement. The vote in favor was overwhelming. 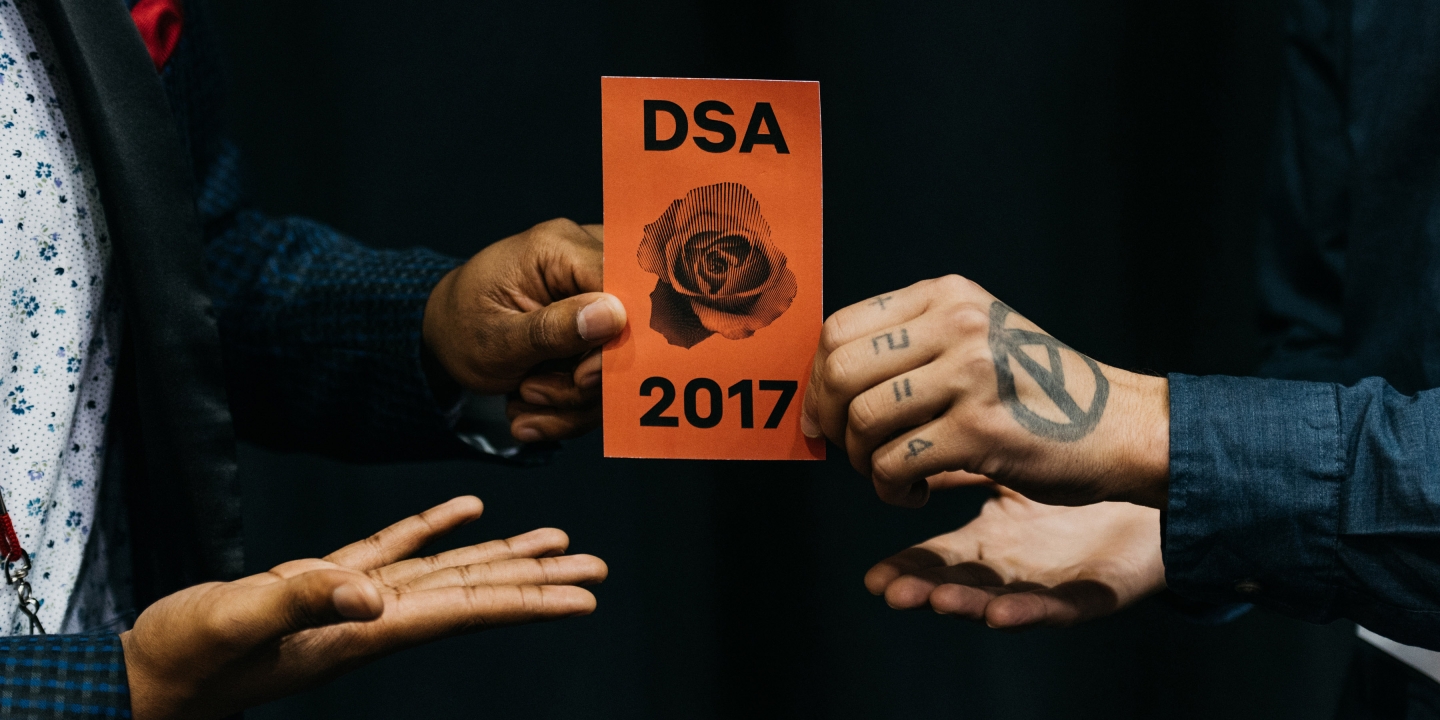 Some members of Congress are trying to criminalize support for the campaign to boycott, divest from, and sanction Israel for its occupation of Palestinian territories.

The U.S.’s new premiere left-wing organization, however, is moving the other way, undaunted by the threat of legislation against the BDS movement, as it is known.

The Democratic Socialists of America, which gathered this weekend in Chicago for its biennial convention, passed a resolution on Saturday to endorse the BDS movement. The vote in favor was so overwhelming, with so few dissenters — more than 90 percent supported the resolution — that no formal tally was taken. It marked the first time in the group’s 35-year history that it has taken a position on the issue.

“I expected it to pass, but it did surprise me how overwhelming the support was,” said Rawan Tayoon, a Palestinian DSA activist from Los Angeles. Tayoon helped draft the resolution as part of a group that began its work in the spring.

Another drafter, Benjamin Balthaser, a Jewish Voice for Peace-Chicago member, who joined the DSA last year, said it was especially important for people from the Jewish community to make their voices heard on the Israeli-Palestinian conflict. “The Israeli government says it represents all Jews in the world,” Balthaser, who is Jewish, told The Intercept. “And I think it’s very important for the Jewish community to say, ‘We don’t feel represented by an apartheid government. We don’t feel represented by a military occupation.'”

Passing a pro-BDS resolution puts the group at odds with a national political figure whose avowedly democratic socialist presidential campaign helped DSA grow to 25,000 members over the past year: Vermont’s independent Sen. Bernie Sanders. Earlier this year, Sanders was asked by Al Jazeera’s Dena Takruri about whether he supported the BDS movement. While he offered implied criticism of unconditional military aid to Israel, he also toldTakruri that he does not support the boycott movement.

“People will do what they want to do, but I think our job as a nation is to do everything humanly possible to bring Israel and the Palestinians and the entire Middle East to the degree that we can together. But no, I’m not a supporter of that,” Sanders said. “What must be done is that the United States of America is to have a Middle East policy which is even-handed, which does not simply supply endless amounts of money, of military support to Israel, but which treats both sides with respect and dignity and does our best to bring them to the table.”

Despite Sanders’s hesitancy, support for BDS in the U.S. is growing rapidly, particularly on college campuses and among faith organizations.