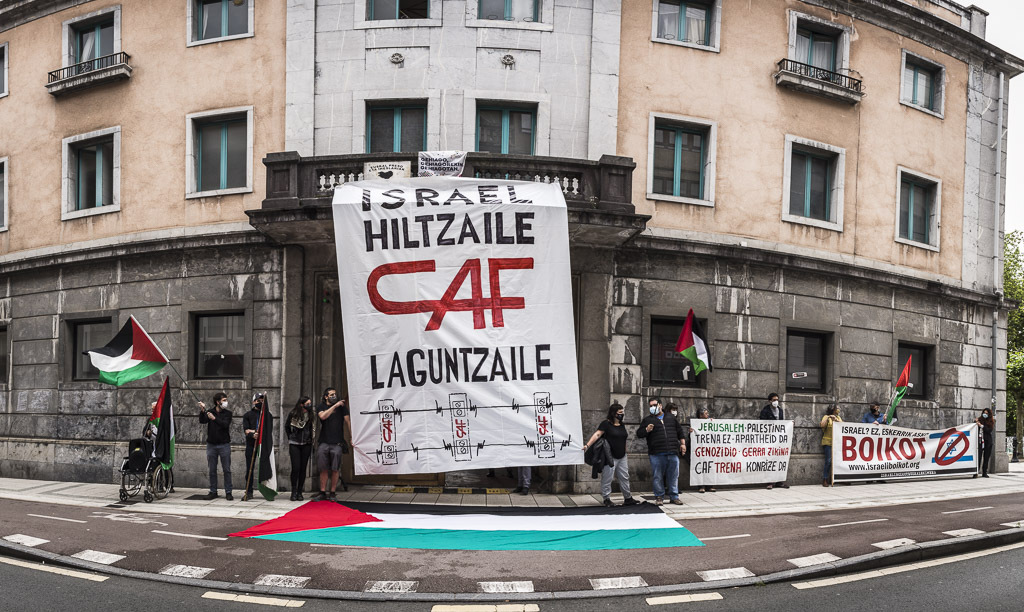 CAF headquarters in Beasain in the Basque Country during its annual general meeting on June 5, 2021

For the last two months, pressure has been mounting on the Basque company CAF to end its business in apartheid Israel’s illegal Jerusalem Light Rail (JLR) in and around occupied Jerusalem.

A month before CAF’s annual general meeting (AGM) of shareholders on June 5, 2021 Amnesty International Spain sent a letter to CAF shareholders urging them to end CAF’s violations of international humanitarian law and Palestinian human rights and drop its business with Israel’s illegal JLR.

Only three weeks before CAF’s AGM, the Norwegian Oil Fund announced it would divest from two Israeli companies, one of them Shapir, CAF’s partner in the JLR, “due to unacceptable risk that the companies contribute to systematic violations of individuals’ rights in situations or war or conflict.” The Norwegian Oil Fund currently owns three percent of CAF’s shares. Since then, the Cairo Institute for Human Rights Studies reached out to the Norwegian Oil Fund asking them to exclude CAF for its direct involvement in the settlement enterprise through the illegal JLR.

The Cairo Institute for Human Rights Studies also called on the UN Global Compact to exclude  CAF due to its complicity in human rights violations. UN Global Compact included CAF as a member on December 4, 2020, over a year after it won the illegal JLR tender. Companies that violate international law through facilitating Israel’s illegal settlements, such as CAF, are incompatible with UN Global Compact’s principles.

In late May 2021, Basque media outlet Gara published a letter by progressive Israeli activists to CAF’s Board of Directors urging them to terminate the company’s complicity in Israel’s colonisation of Palestinian land.

In June 2021, over 200 Coventry University academics, staff, and students wrote to the university, where CAF’s branch in the UK is headquartered, to urge CAF to end its involvement in operating the illegal JLR. The letter asks the university to terminate all business relationships with CAF if it does not exit the illegal JLR project.

The day before CAF's AGM on June 4, 2021, members of the Spanish parliament called on CAF to end its activities in the illegal JLR. These included: Maria Dantas from Esquerra Republicana de Catalunya, Carles Riera from Candidatura d’Unitat Popular, Anton Gomez-Reino from Podemos, Lucía Muñoz Dalda from Podemos, Roberto Uriarte from Podemos and Enrique Santiago, General Secretary of the Spanish Communist Party who is also an MP of Podemos. 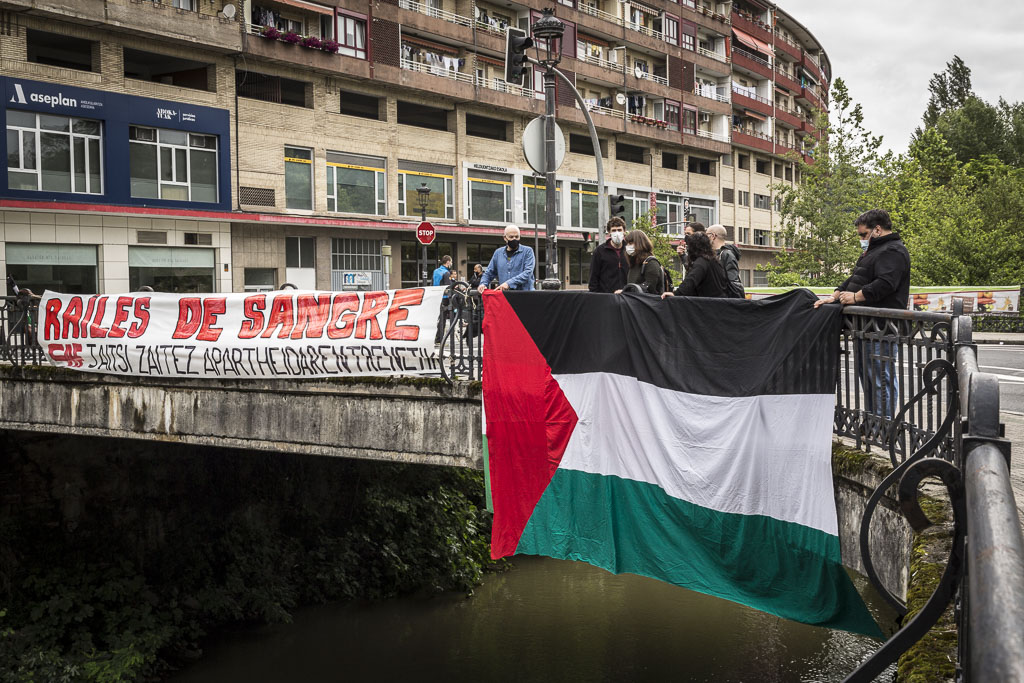 Even though the AGM was held online, dozens of activists gathered outside CAF’s headquarters in Beasain in the Basque country with a huge banner that read, “Israel kills, CAF is complicit.” A big banner saying, “Rails of blood - CAF stop assisting apartheid,” was also extended from the bridge across the village’s river.

Pressure on CAF will keep mounting until CAF, like Veolia before it, ends its complicity in Israeli apartheid.