Skip to main content
In the News
This article is reposted from
The Independent
, click here to read the original article.

Brian Eno on the Israel-Gaza crisis: How can you justify images such as this?

When the musician Brian Eno saw a picture of a Palestinian man carrying the remains of his dead son in a plastic bag, he was moved to write a cri de coeur to his American friends, asking them to explain their country’s unconditional support for Israel. This is his letter – followed by the response from the author Peter Schwartz 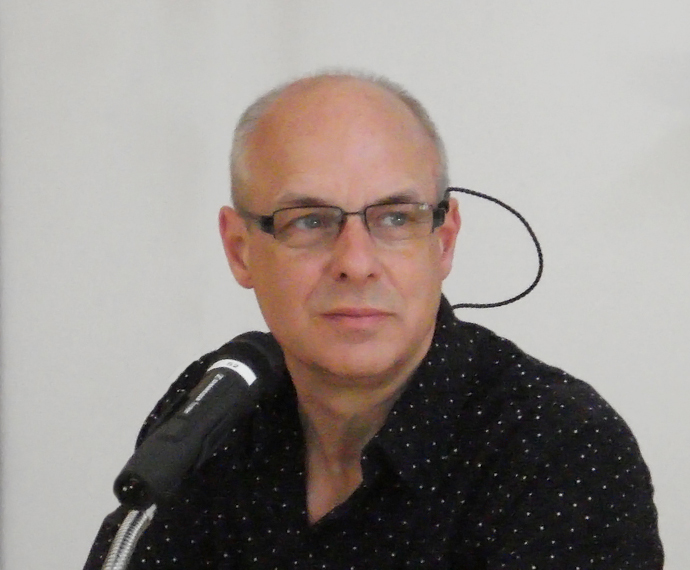 Dear All of You,

I sense I’m breaking an unspoken rule with this letter, but I can’t keep quiet any more.

Today I saw a picture of a weeping Palestinian man holding a plastic carrier bag of meat. It was his son. He’d been shredded (the hospital’s word) by an Israeli missile attack – apparently using their fab new weapon, fléchette bombs. You probably know what those are –hundreds of small steel darts packed around explosive which tear the flesh off humans. The boy was Mohammed Khalaf al-Nawasra. He was four years old.

I suddenly found myself thinking that it could have been one of my kids in that bag, and that thought upset me more than anything has for a long time.

Then I read that the UN had said that Israel might be guilty of war crimes in Gaza, and they wanted to launch a commission into that. America won’t sign up to it.

What is going on in America? I know from my own experience how slanted your news is, and how little you get to hear about the other side of this story. But – for Christ’s sake! – it’s not that hard to find out. Why does America continue its blind support of this one-sided exercise in ethnic cleansing? WHY? I just don’t get it. I really hate to think it’s just the power of Aipac [the American Israel Public Affairs Committee]… for if that’s the case, then your government really is fundamentally corrupt. No, I don’t think that’s the reason… but I have no idea what it could be. The America I know and like is compassionate, broad-minded, creative, eclectic, tolerant and generous. You, my close American friends, symbolise those things for me. But which America is backing this horrible one-sided colonialist war? I can’t work it out: I know you’re not the only people like you, so how come all those voices aren’t heard or registered? How come it isn’t your spirit that most of the world now thinks of when it hears the word “America”? How bad does it look when the one country which more than any other grounds its identity in notions of Liberty and Democracy then goes and puts its money exactly where its mouth isn’t and supports a ragingly racist theocracy?

I was in Israel last year with Mary [a mutual friend]. Her sister works for UNRWA [the UN agency for Palestinian refugees] in Jerusalem. Showing us round were a Palestinian – Shadi, who is her sister’s husband and a professional guide – and Oren Jacobovitch, an Israeli Jew, an ex-major from the IDF [Israel Defence Forces] who left the service under a cloud for refusing to beat up Palestinians. Between the two of them we got to see some harrowing things – Palestinian houses hemmed in by wire mesh and boards to prevent settlers throwing shit and piss and used sanitary towels at the inhabitants; Palestinian kids on their way to school being beaten by Israeli kids with baseball bats to parental applause and laughter; a whole village evicted and living in caves while three settler families moved on to their land; an Israeli settlement on top of a hill diverting its sewage directly down on to Palestinian farmland below; The Wall; the checkpoints… and all the endless daily humiliations. I kept thinking, “Do Americans really condone this? Do they really think this is OK? Or do they just not know about it?”

As for the Peace Process: Israel wants the Process but not the Peace. While “the process” is going on, the settlers continue grabbing land and building their settlements… and then when the Palestinians finally erupt with their pathetic fireworks they get hammered and shredded with state-of-the-art missiles and depleted uranium shells because Israel “has a right to defend itself” (whereas Palestine clearly doesn’t). And the settler militias are always happy to lend a fist or rip up someone’s olive grove while the army looks the other way. By the way, most of them are not ethnic Israelis – they’re “right of return” Jews from Russia and Ukraine and Moravia and South Africa and Brooklyn who came to Israel recently with the notion that they had an inviolable (God-given!) right to the land, and that “Arab” equates with “vermin” – straightforward old-school racism. That is the culture our taxes are defending. It’s like sending money to the Klan.

But beyond this, what really troubles me is the bigger picture. Like it or not, in the eyes of most of the world, America represents “The West”. So it is The West that is seen as supporting this war, despite all our high-handed talk about morality and democracy. I fear that all the civilisational achievements of The Enlightenment and Western Culture are being discredited – to the great glee of the mad Mullahs – by this flagrant hypocrisy. The war has no moral justification that I can see – but it doesn’t even have any pragmatic value either. It doesn’t make Kissingerian “Realpolitik” sense; it just makes us look bad.

I’m sorry to burden you all with this. I know you’re busy and in varying degrees allergic to politics, but this is beyond politics. It’s us squandering the civilisational capital that we’ve built over generations. None of the questions in this letter are rhetorical: I really don’t get it and I wish that I did.