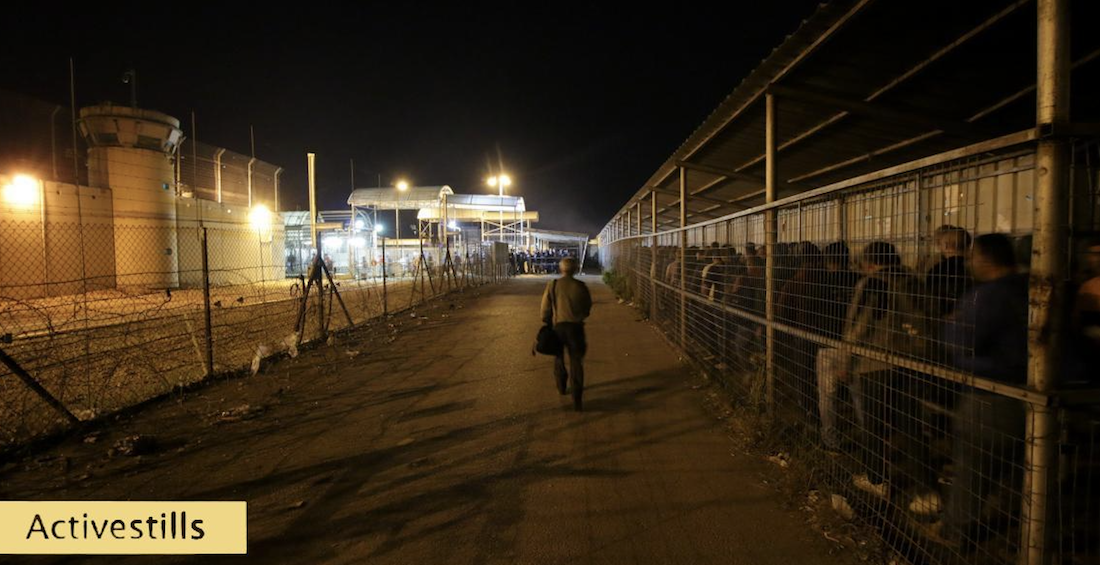 With offices in Tel Aviv, New York, Mexico, London, Belfast and Singapore, the company was founded in 2015 and has quickly gained investments, contracts and joint ventures with the Israeli military, governments and companies internationally.

Human Rights Watch has called on Microsoft to review its investments in AnyVision given the “human rights risk associated with the investment in a company that’s providing [facial recognition] technology to an occupying power.” AnyVision violates Microsoft’s own principles on facial recognition because they provide technology used for unlawful surveillance.

HPE, which supplies servers to Israel’s population control registry, a pillar of its apartheid system, uses AnyVision facial recognition technology in its servers.

Spanish telecommunications transnational Telefónica and G4S also use AnyVision’s technology. The city of Nice, France, surveils citizens with AnyVision and entry to the London stadium was surveilled by AnyVision last summer.

AnyVision plays a direct role in Israel’s military occupation of the Palestinian West Bank, which includes Israel’s illegal wall and military checkpoints. According to the Israeli army, AnyVision is part of a “program to upgrade” military checkpoints in the West Bank through adding technology for new “identification and inspection stations”. Anyvision also maintains cameras for the Israeli military deep inside the West Bank to spy on  Palestinians and enable the Israeli military’s illegal targeting of civilians.

Israel’s “defense” ministry is responsible for carrying out repeated war crimes and crimes against humanity in the occupied Palestinian territory, including massacres in Gaza and ethnic cleansing in Jerusalem. The Mossad is a criminal agency that directly enables violations of international law and Palestinian human rights through illegal covert operations and extra-judicial killings.

The Israeli government systematically supports private companies in exporting its repressive technology and tactics for profit. The profits made from this dirty business serve to offset Israel’s military spending and other costs of its apartheid regime.

Civil rights organizations and academics in the U.S. have raised alarm over the use of facial recognition. The American Civil Liberties Union (ACLU) has warned that this technology has “enormous civil liberties implications”, and legal scholar Woodrow Hartzog described it as “the most uniquely dangerous surveillance mechanism ever invented”.

The Palestinian BDS National Committee (BNC) appeals to people of conscience to boycott and divest from AnyVision until it ends its violations of human rights worldwide. In particular, we call for pressure on Microsoft to drop its shameful relationship with and investment in AnyVision as they violate Microsoft’s own principles on facial recognition.

The BDS movement has also called for a boycott of HP companies due to their deep complicity in Palestinian human rights violations. Their complicity is now deeper given their collaboration with AnyVision.

We call on academic institutions and conscientious academics to refrain from collaborating with AnyVision in order not to provide scholarly legitimacy to grave violations of international law.