December 10, 2019
/ By
Palestinian BDS National Committee (BNC)
/
France, Germany, Belgium, Switzerland
The second global AXA Day of Action included mobilizations all around the world, on the same day as the UN Day of Solidarity with the Palestinian People and the 4th global climate strike. 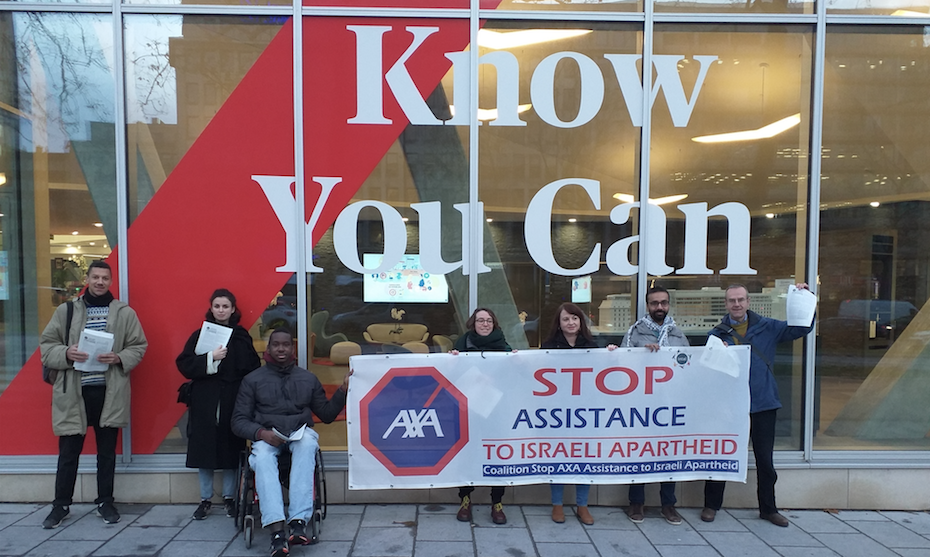 The second global AXA Day of Action included mobilizations all around the world. This Day fell on the UN Day of Solidarity with the Palestinian People and the day of the 4th global climate strike.

On social media, this word cloud shows that  #climatestrike and #bds were among the most used hashtags next to #KnowYouCan, Axa’s official hashtag. 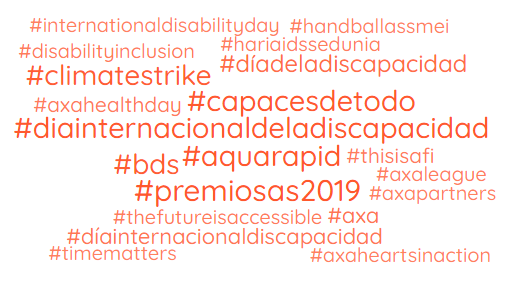 “Apartheid” and “divest” were some of the most used words next to Axa’s #KnowYouCan tweets.

Over a 1,000 emails were sent to AXA CEO’s in France, Germany, Belgium and Switzerland.

On the ground over 10 cities organised events.  In Belgium a letter signed by 21 organisations to AXA CEO Jef Van was delivered in front of the main AXA office in Brussels and Leuven. Progressive media outlets covered the events in Belgium. 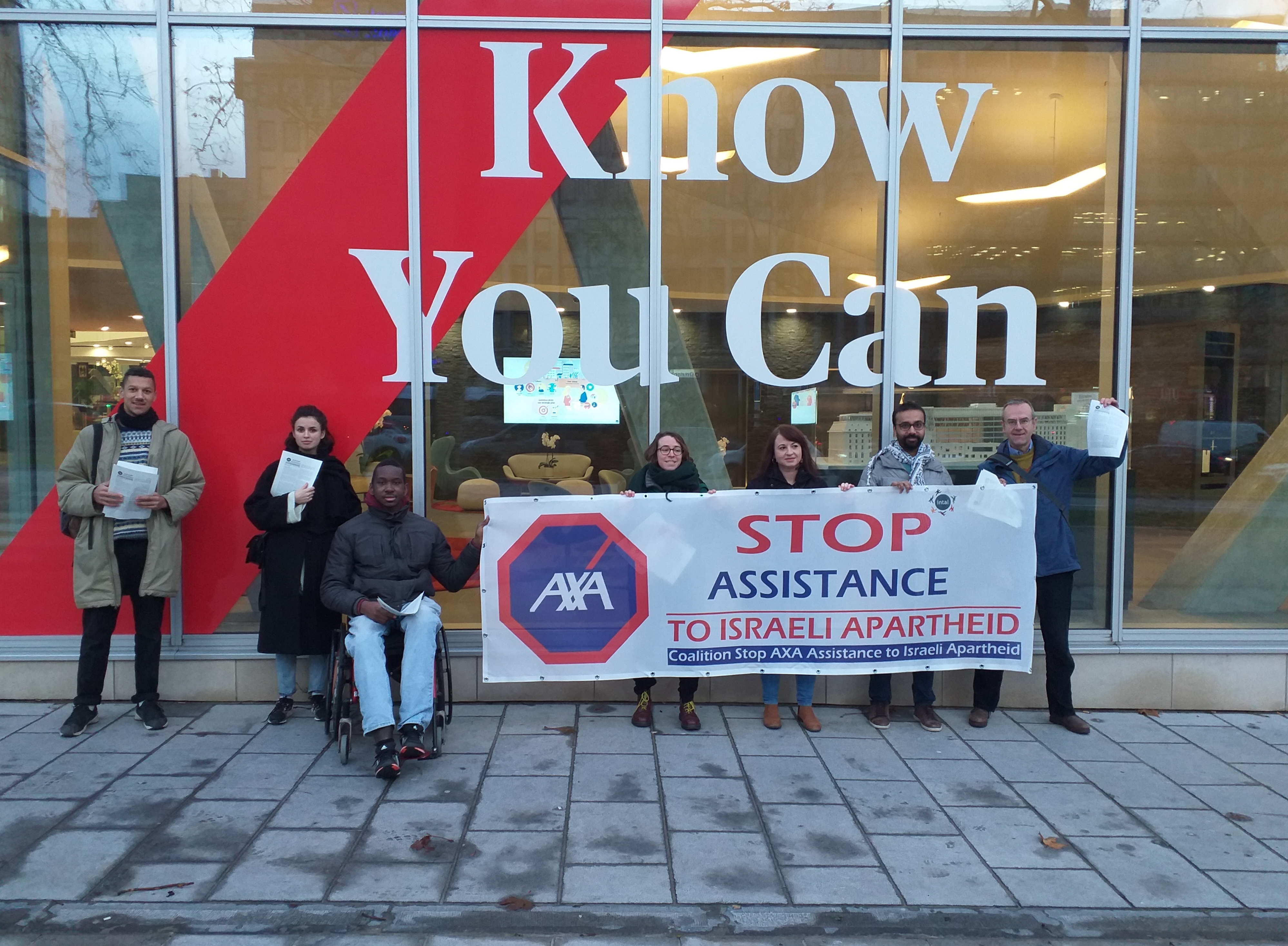 Leaflets were also handed out in six cities in France, including Paris. 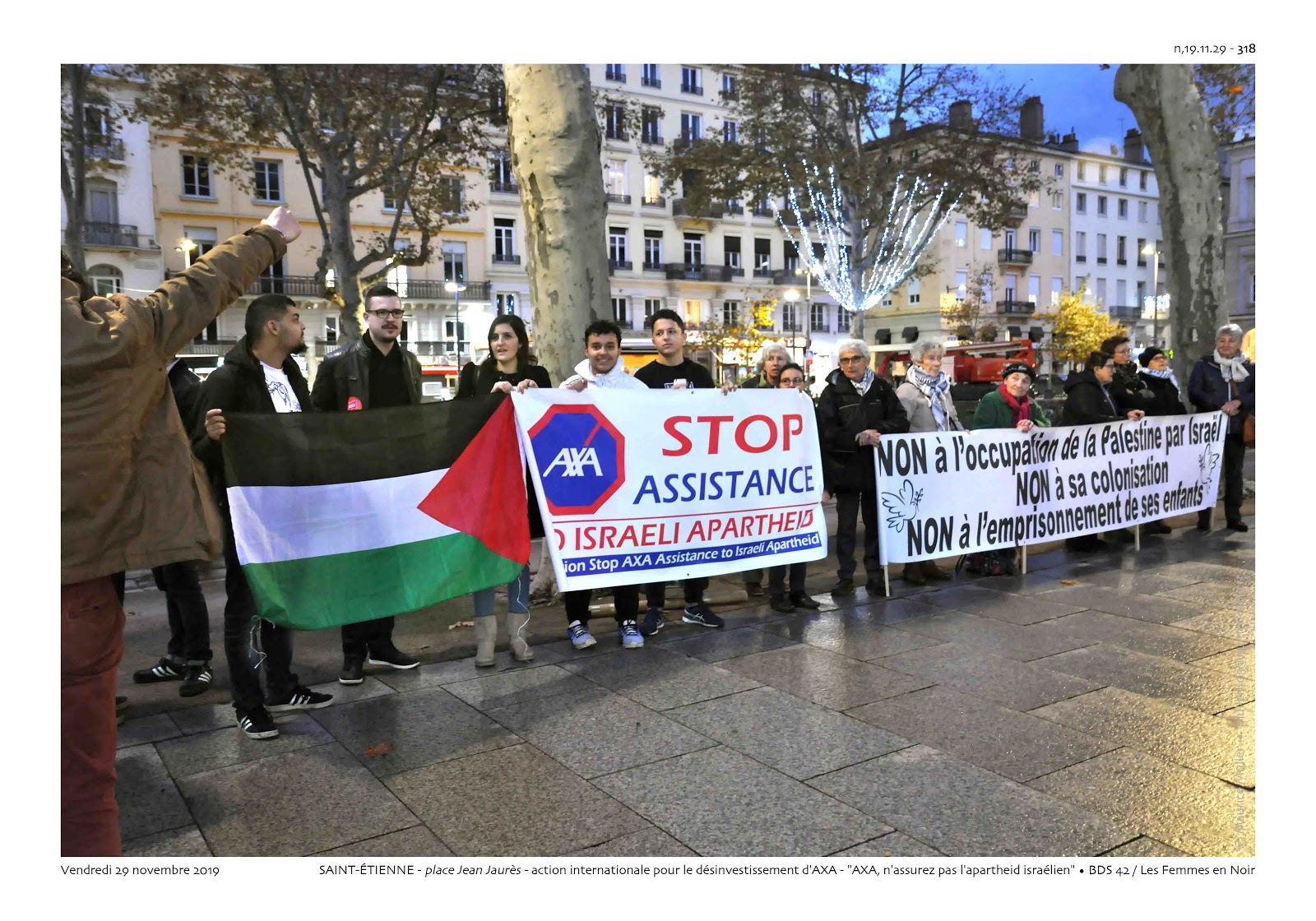 Organisers in Berlin joined the 4th climate strike rally using the banners “Apartheid is not green” and raising awareness on Israel’s destruction of Palestinian land and oppression of the Palestinian people. 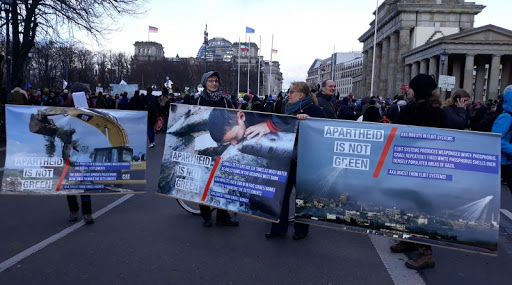 This Day of Action built on the previous international Day of Action in April. Since then, SumOfUs has published the report “AXA: Financing war crimes” confirming AXA’s $91 million investment in the top five Israeli banks directly financing the settlements and in Elbit Systems.

We will keep on campaigning until AXA fully divests from Israeli banks and Elbit Systems!