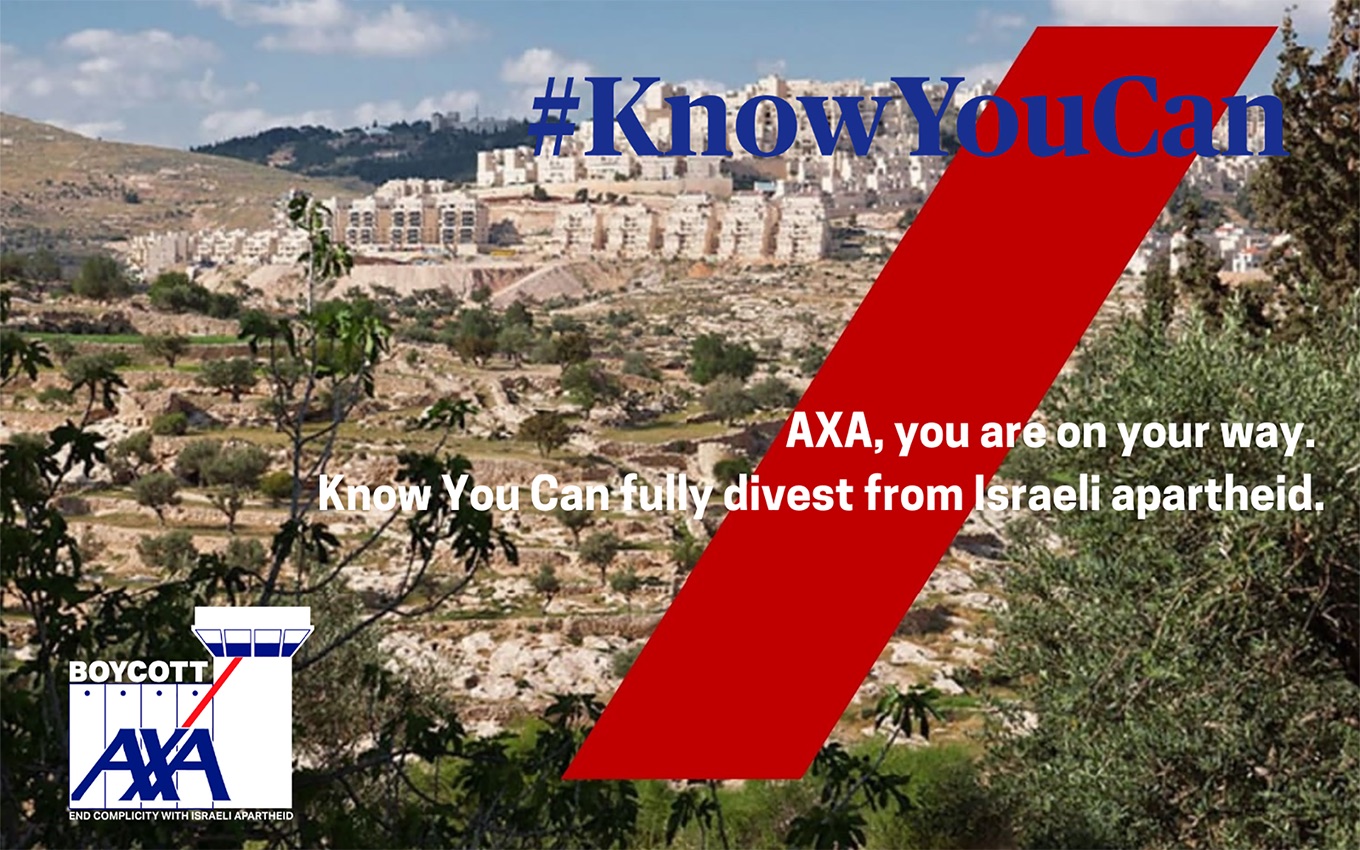 In March 2021, the Coalition Stop AXA Assistance to Israeli Apartheid contracted Profundo to investigate the financial links between both AXA and Equitable Holdings (formerly AXA Equitable Holdings) and five Israeli banks -- Bank Hapoalim, Bank Leumi, First International Bank of Israel, Israel Discount Bank, and Mizrahi Tefahot Bank -- as well as Israel’s biggest military company, Elbit Systems, all of which are deeply complicit in Israeli apartheid. While Profundo provided the requested data, the Coalition is responsible for the interpretation of the data and the conclusions in this update.

AXA has divested over $1M from the Israeli banks in the last year.

Investments by AXA in four Israeli banks (Bank Hapoalim, Bank Leumi, Israeli Discount Bank and Mizrahi Tefahot Bank) declined from US$ 7.14 million in 2020 to US$ 5.95 million in 2021 (to date). This is due to the sale of shares (not due to share price fluctuations).

Since its divestment from Israel’s large military manufacturer Elbit in December 2018, AXA has not reinvested in the company.

Investments by Equitable in Elbit and the five Israeli banks also declined, from US$ 115.64 in 2020 million to US$ 95.50 million in total in 2021 (to date), also due to sale of shares.This downward trend applied to all six banks, except Bank Hapoalim. Equitable increased its number of shares and share value in Bank Hapoalim. AXA, same as last year, owns 9.93% of Equitable holdings as of 1 March 2021.

Recently, New Zealand Superannuation Fund has divested from Israel’s five main banks listed in the UN database of companies complicit in Israel’s illegal settlement enterprise. It had $6M invested in these Israeli banks, a similar value to that ofAXA’s investment in them.

An assessment by the NZ Super Fund concluded that holding shares in Israel’s biggest banks would violate its responsible investment policy. The document cited New Zealand’s 2016 vote in support of UN Security Council resolution 2334 which reaffirms the illegality of Israel’s settlements. France also voted in favour of this historic resolution. AXA should follow suit and fully divest from Israeli apartheid!

Join tens of thousands of people in signing the pledge to boycott AXA.