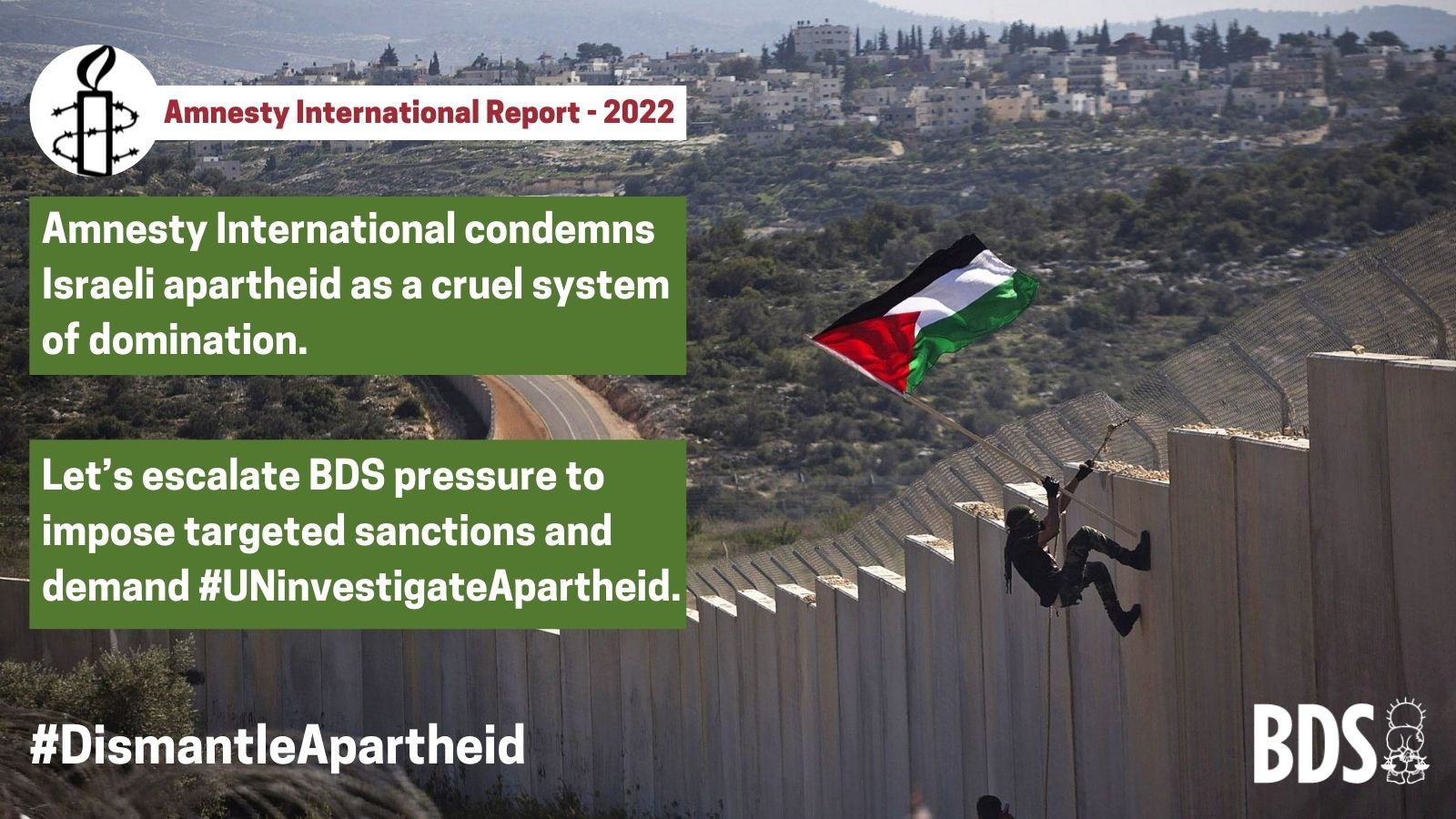 Amnesty’s meticulously researched report outlines a brutal and intentional system of fragmentation, dispossession, segregation, and oppression against Indigenous Palestinians, residing both across historic Palestine and around the world as refugees. This system, Amnesty concludes, meets the definition of apartheid under both the Rome Statute of the International Criminal Court and the UN’s anti-apartheid Convention.

The BDS movement particularly welcomes Amnesty’s endorsement of the demands, #UNinvestigateApartheid, #MilitaryEmbargo, #SanctionsOnIsrael, #ICC4Israel, and its call on states and institutions to ban business with Israel’s illegal settlements.

The report is the latest in a series of studies confirming what Palestinian and international human rights experts and advocates have been saying for decades: Israel is perpetrating the crime of apartheid against the Indigenous Palestinian people.

Let’s make sure that governments and the UN take action to end Israel’s apartheid regime as they did with apartheid in Southern Africa in the past.

Our South Africa moment is nearing. With your support, we can and shall #DismantleApartheid to live in freedom, justice and equality.

Demand the UN hears the global call and launches an investigation into Israeli apartheid.