The father of unjustly imprisoned 17-year-old Palestinian girl Ahed Tamimi has urged Grammy-nominated Uruguayan singer Natalia Oreiro to respect the Palestinian picket line and cancel her March 20, 2018 concert in Israel. Natalia has taken a stand for children’s rights before, and he hopes that she will refuse to help Israel cover up its abuse of the rights of Palestinian children.

Recently, over 25 prominent American artists and cultural figures have expressed their support for Ahed and for all Palestinian children in Israeli prisons. 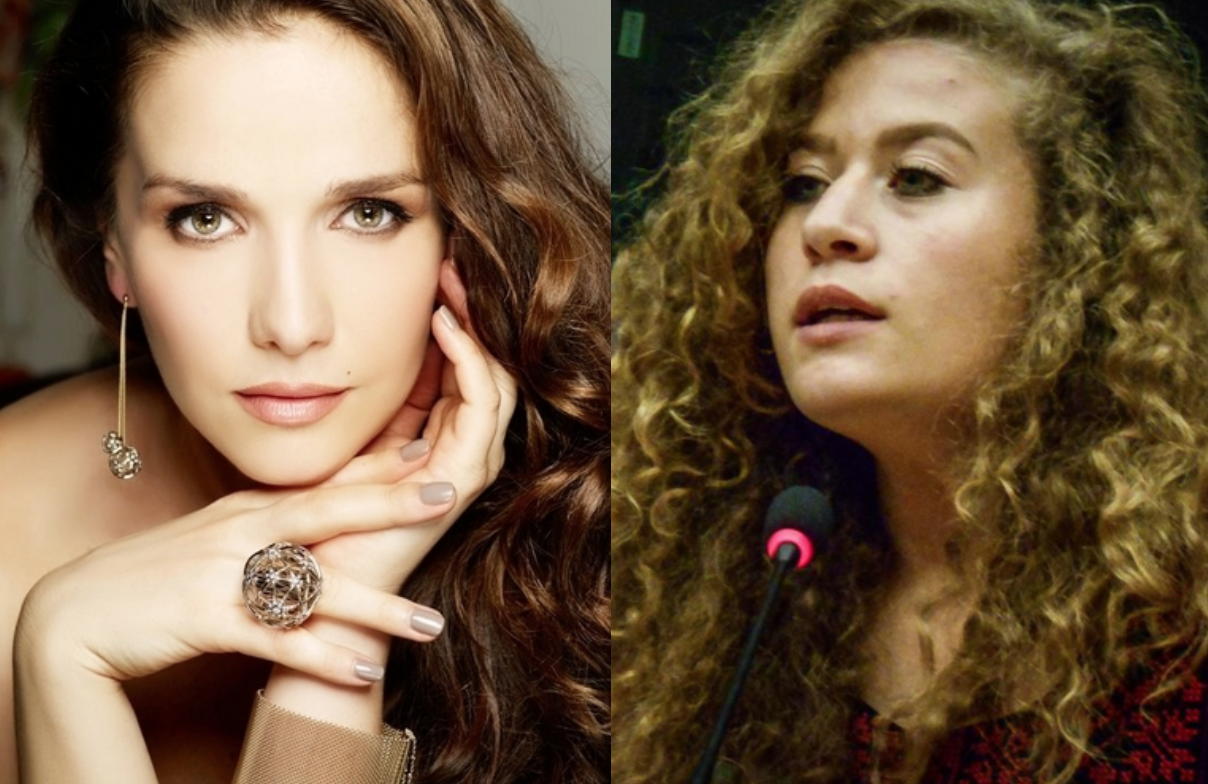 I am the father of a brave Palestinian girl named Ahed Tamimi who has been arrested, at the age of 16, by the Israeli army.

Her crime? Standing up for her dreams of justice, freedom and equality for our people.

I am writing you with hope that you will cancel your concert in Tel Aviv, because it’s clear that Israel’s far-right government systematically uses performances by artists to cover up its decades-old system of military occupation and racial apartheid. Your concert would undermine our efforts to secure freedom for Ahed and over 300 other Palestinian children incarcerated by Israel.

Inspired by the international boycotts that helped South Africans end apartheid in the 1990s, Palestinians have issued a call for Boycott, Divestment and Sanctions (BDS) to pressure Israel to stop its human rights violations, including against Palestinian children.

Israel uses the presence of international artists like yourself to whitewash its human rights violations. I’ve heard that you have supported the “No a la baja” campaign in Uruguay which helped stop efforts to lower the age at which children can be imprisoned. I sincerely hope you will not now lend your voice to the propaganda efforts of Israel’s regime of oppression that incarcerates 16-years old girls like my daughter, and whose military detention centers are “notorious for the systematic ill-treatment and torture of Palestinian children”.

Ms. Oreiro, my daughter was dragged from our home in the middle of the night, after her teenage cousin was shot in the head. She is facing a military trial with charges that can lead to years of unjust and inhumane incarceration. Several members of our family, including myself and her mother, have been arrested by Israel. Today, there are more than 6,000 Palestinian political prisoners. However, despite of all that, I write to you full of hope.

I am hopeful because almost 2 million people have already signed a petition for Ahed’s and all Palestinian children prisoners’ release. I am hopeful because cultural figures like Lorde, Lauryn Hill, Elvis Costello, Brian Eno, Roger Waters and many others around the world are heeding our appeal and are refusing to perform in Israel while it violates our basic human rights.

I hope that you too will stand up for Ahed and all Palestinian children. I hope that at the very least you will commit to doing no harm to our popular struggle for freedom, justice and equality.