“Racism and Racial Discrimination are the Antithesis of Freedom, Justice & Equality” 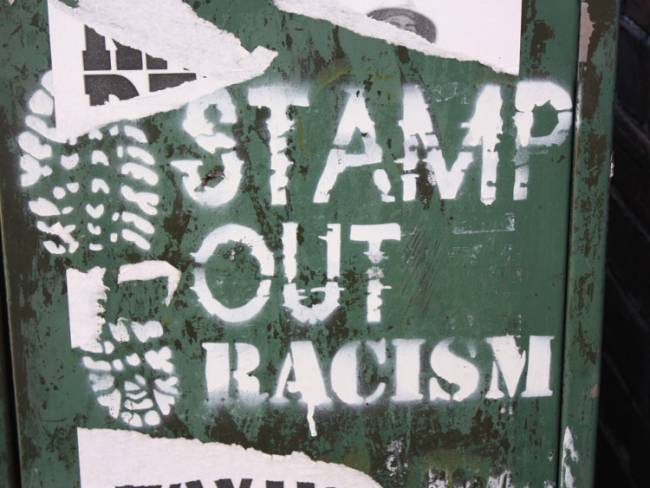 The global Boycott, Divestment and Sanctions (BDS) movement for freedom, justice and equality of the Palestinian people is an inclusive, nonviolent human rights movement that rejects all forms of racism and racial discrimination. The movement is led by the Palestinian BDS National Committee (BNC), the largest coalition of Palestinian political parties, labor and professional unions, networks of refugees, popular committees and organizations.

The 2005 Palestinian civil society Call for BDS, which calls for ending Israel’s flagrant violations of international law and for safeguarding the human rights of the Palestinian people, is anchored in the principles set forth in the Universal Declaration of Human Rights. As the Declaration stipulates, “All human beings are born free and equal in dignity and rights” and everyone is entitled to all fundamental rights and freedoms “without distinction of any kind, such as race, colour, sex, language, religion, political or other opinion, national or social origin, property, birth or other status.”

Based on this principled commitment of the BDS movement to the equal rights of every human being, irrespective of identity, we stand firmly against political ideologies, laws, policies and practices that promote racism. We reject Zionism, as it constitutes the racist and discriminatory ideological pillar of Israel’s regime of occupation, settler colonialism and apartheid that has deprived the Palestinian people of its fundamental human rights since 1948.

Adhering to the UN definition of racial discrimination, the BDS movement does not tolerate any act or discourse which adopts or promotes, among others, anti-Black racism, anti-Arab racism, Islamophobia, anti-Semitism, sexism, xenophobia, or homophobia.

Guided by the inclusive agenda of the World Conference against Racism, Racial Discrimination, Xenophobia and Related Intolerance, held in 2001 in Durban, South Africa, the principles of the BDS movement include the values of cultural diversity, solidarity and mutual support among victims of racism and racial discrimination.

Based on these values, we stand in solidarity with people of African descent, indigenous peoples, landless people, refugees and migrants, people exploited and oppressed for the economic advancement of a few, and those discriminated against and persecuted for their beliefs or identity, including caste. We stand with their respective struggles for racial, economic, gender, environmental and social justice.

We extend our support to all marginalized communities, inter alia Arab, Black, indigenous, Muslim, Jewish, Asian, Latino, Roma and Dalit, who are targets of xenophobic and far-right racist movements that have risen or are rising to power, particularly in the US, Europe, South America, India and elsewhere.

We also stand in solidarity with the struggles of all minorities in the Arab world against racism and racial discrimination and for full equality and justice.

The principles of the BDS movement call for proactive solidarity with oppressed communities worldwide and with all the victims of racist acts and rhetoric, as ours is a common cause. We support their resistance, in harmony with international law, against bigotry, racist ideologies and practices.

Racism and racial discrimination are the antithesis of freedom, justice and equality. 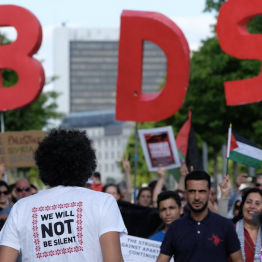