Results for: Derail Veolia and Alstom

February 15, 2016
By:
Palestinian BDS National Committee
In the News

Palestinian Boycott, Divestment and Sanctions (BDS) activists have welcomed World Bank figures that show a 24% drop in Palestinian imports from Israel during the first quarter of 2015 as a strong sign that the boycott of Israeli goods by Palestinians is starting to 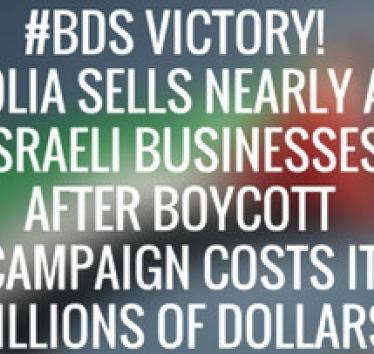 Palestinian civil society activists have heralded the decision by French corporate giant Veolia to sell off nearly all of its business activity in Israel as a huge victory for the global Boycott, Divestment and Sanctions (BDS) movement.