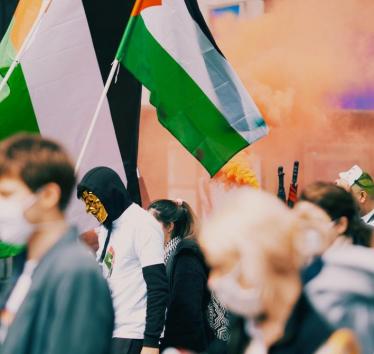 In a statement, the Irish Congress of Trade Unions, known as Congress, joins with trade unions and other civil society organisations in strongly condemning the Israeli government’s outrageous decision to criminalise six Palestinian human rights and civil society groups by designating them as ‘terrorists’. 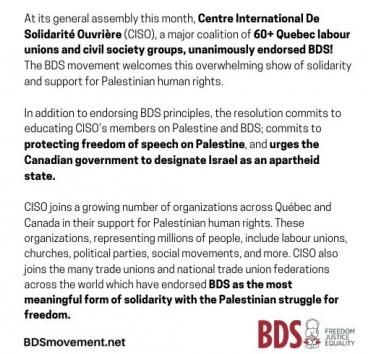 The Centre International De Solidarité Ouvrière is a major coalition of 60+ Quebec labour unions and civil society groups, has unanimously passed a motion endorsing BDS and urges the Canadian government to designate Israel as an apartheid state. 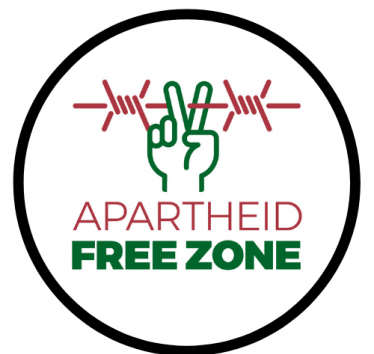 From Mexico to France, from Brazil to Canada and beyond, dozens of new spaces join the #ApartheidFreeZones campaign in response to the Palestinian call for mutual support and international solidarity. 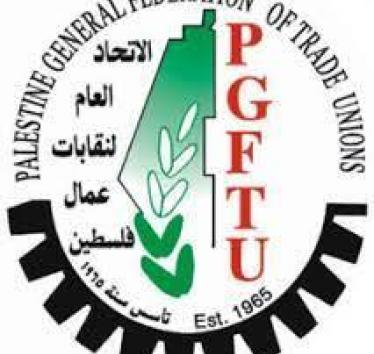 We are reaching out because we trust in your commitment in humanity and your belief in justice and human rights. 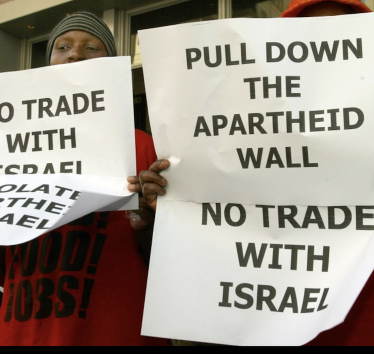 Trade unions representing workers at food and beverage company Clover and its subsidiaries, their union federation and Palestinian solidarity organisations in South Africa, condemn the Competition Tribunal of South Africa's judgement on the takeover of Clover by Israeli-led company, Milco SA. 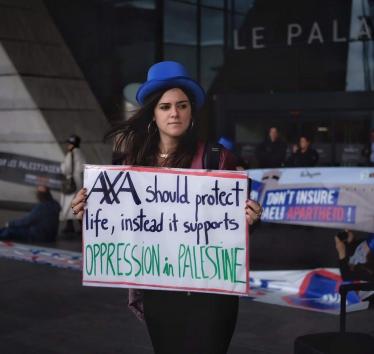 AXA is investing over $91 million in Israeli weapons-maker Elbit Systems and in the top five Israeli banks, which finance Israel's illegal settlements.