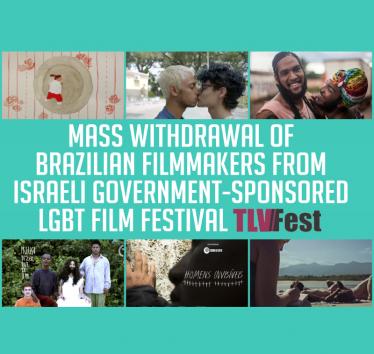 Filmmakers representing more than half the Brazilian short films have withdrawn their films in response to the call from Palestinian queers to boycott TLVFest over its role in pinkwashing Israel's crimes. A total of 19 filmmakers and producers withdrew from TLVFest this year.

Say No to Pinkwashing
November 19, 2020
By:
Palestinian Campaign for the Academic and Cultural Boycott of Israel (PACBI) 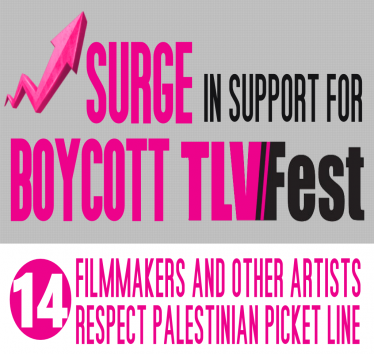 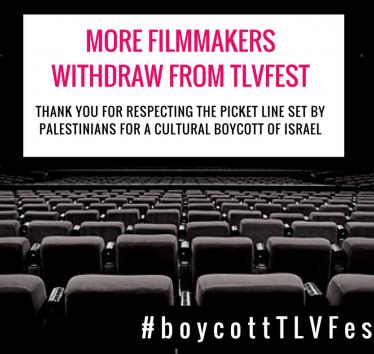 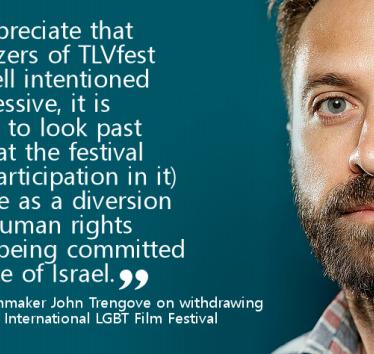 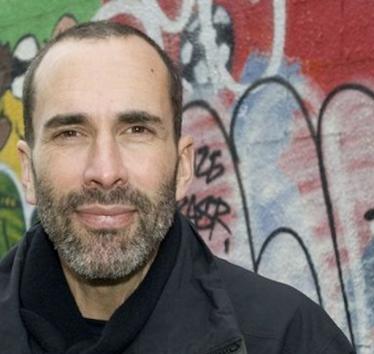 John Greyson, a prominent Canadian filmmaker, has recently turned down an offer to premiere his film Fig Trees at the Tel Aviv International LGBT Film Festival, in support of BDS. Greyson is a member of Queers Against Israeli Apartheid. He cites Israeli Apartheid Week as one of the main reasons for his boycott action.

Cultural Boycott
Say No to Pinkwashing
March 17, 2009
By:
John Greyson