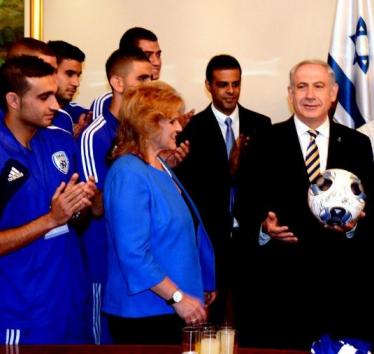 Mahmoud Sarsak is a Palestinian footballer who has played for the Palestinian national team. He was released from prison by Israel in July after three years of detention and 92 days of hunger strike that was supported by people of conscience all over the world, including prominent football figures.

Palestinians have offered strong support to Palestine footballer and ex-prisoner Mahmoud Sarsak in his refusal of an invitation by FC Barcelona to attend a match at the same time as an Israeli soldier.

In addition, a prisoners’ support group in Gaza has strongly condemned Palestinian Authority officials for accepting the invitation in the first place.

October 1, 2012
By:
Ali Abunimah on Electronic Intifada
In the News 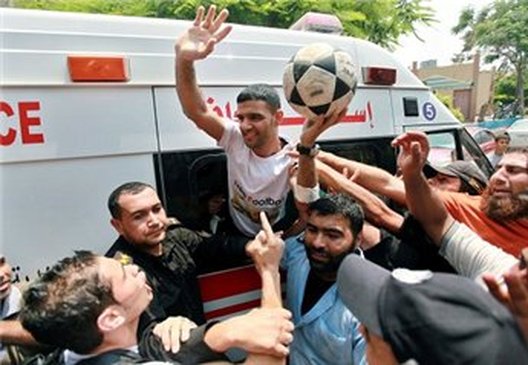 Campaigners welcomed news of the release of Palestinian footballer Mahmoud Sarsak after three years in an Israeli jail, but vowed to continue working for an end to the system of detention under which he and hundreds of others have been detained without charge or trial.

Activists are staging a rooftop occupation at the headquarters of security multinational G4S near Crawley, West Sussex, in protest at what they claim are “illegal and criminal activities” in both the UK and Palestine/Israel.

Early this morning, two activists climbed on top of the multistory building and secured themselves in place using superglue and bike locks.

Two banners were seen hanging from the edge of the building.