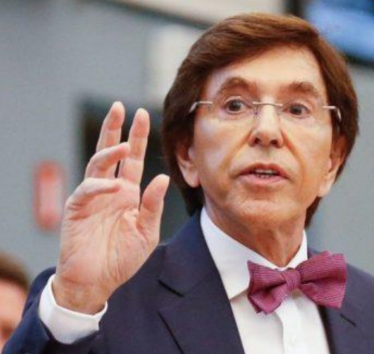 Belgian trade mission to Israel and Palestine has been cancelled

Representatives from the Walloon and Brussels governments cancelled their participation. Ex-Prime Minister Elio Di Rupo of the Socialist Party said reasons for the Walloon government's withdrawal included 'violations of important parts of the Geneva Convention by Israel'.

Economic Boycott
Local governments
November 30, 2019
By:
MENAFN
In the News

The High Court in the UK has dealt a blow to a pro-Israel group attempting to stifle local councils from taking action in solidarity with the Palestinian people and ruled in favour of three councils who passed resolutions in support of targeted boycotts of Israel’s occupation...

The city council of Iceland’s capital Reykjavik voted on Wednesday to boycott all Israeli goods.

The motion was approved by 9 votes to 5 after being proposed by Björk Vilhelmsdóttir, a city councilor from the Social Democratic Alliance (Samfylkingin).

The representatives of city and local governments, as well as of civil society organizations who gathered in Seville during the International Conference of Governments and Civil Society Organizations in Support of Palestinian Rights, organized by the Andalusian Fund of Municipalities for International Solidarity (FAMSI), the UN Committee on the Exercise of the Inalienable Rights of the Palestinian People (CEIRPP), United Cities and Local Governments (UCLG) and the Junta of Andalusia, with the collaboration of the

Local governments
December 2, 2014
By:
Olive Declaration
In the News

Major campaign success against G4S in the US

Province of Bologna: Sasso Marconi votes against the participation of Pizzarotti & C. Spa in the construction of the Tel Aviv-Jerusalem high-speed railway that crosses the occupied Palestinian territories.

Local governments
December 16, 2012
By:
BDS Italia at bdsitalia.org
In the News

West Dunbartonshire council has reaffirmed its support for BDS following false allegations made about the implementation of its boycott policy.

Over recent days there has been some highly misleading publicity in the national and international press concerning West Dunbartonshire Council’s policy on the boycott of Israeli goods.

Marrickville puts BDS on the map in Australia

The Palestinian Boycott, Divestment and Sanctions National Committee (BNC), the broadest coalition of Palestinian political parties, trade unions, NGOs and networks, warmly salutes those Marrickville councillors who remained steadfast and principled in their support of the three fundamental Palestinian rights that constitute the core of the boycotts, divestment and sanctions (BDS).

Marrickville council – continue to stand on the right side of history!

The following letter was sent to Marrickville councillors by the BNC on April 18.